The 2017 NAB Show opens doors in April, but in June the Cine Gear Expo returns to Paramount Studios. Free registration for the Los Angeles show is now open. 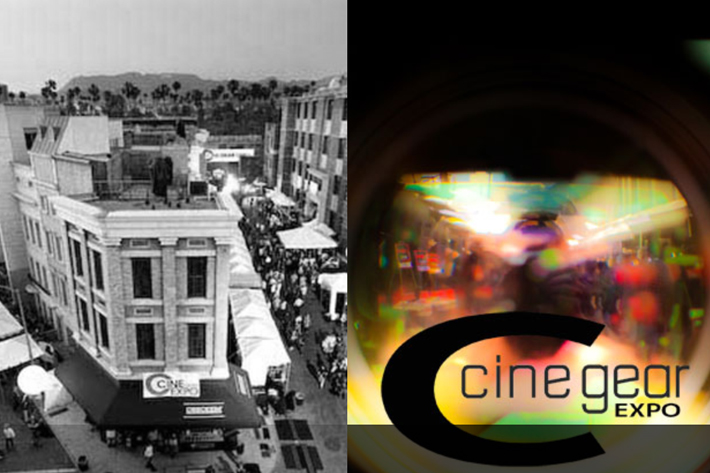 The 22nd annual Cine Gear Expo returns to Los Angeles on June 1-4, 2017, with 300 exhibits and dozens of complimentary seminars and panels about multiple aspects of filmmaking. Earlier, the NAB Show opens in Las Vegas.

This year’s NAB Show, April 22-27, 2017, presents itself as the place of convergence of The M.E.T. Effect, where Media, Entertainment and Technology lives and thrives! The show organizers say that The M.E.T. Effect is a cultural phenomenon fueled by hybrid solutions and boundless connectivity that’s changing the very nature of how we live, work and play, and that at the center of it all is NAB Show.

In 2016 Cine Gear Expo did not disappoint the nearly 16,000 attendees from over 60 countries. Panavision and Light Iron unveiled there the new Millennium DXL Camera (“DXL”), calling it a revolutionary breakthrough in image acquisition and workflow. Highlighting the 2016 Special Screenings was an exclusive screening of Woody Allen’s much-anticipated feature, Cafe Society and subsequent interview by Jon Fauer, ASC with the film’s DP, three-time Academy Award-winner Vittorio Storaro ASC, AIC. And much, much more.

This year’s event will feature 300 exhibits, more than in 2016, and dozens of complimentary seminars and panels covering a range of filmmaking insights, techniques, and technology from top filmmakers. The studio’s famous theatre will host Cine Gear’s renowned film screenings and the Cine Gear Film Series Competitions.

The action-packed schedule begins with The Student Film Series Competition on Thursday, June 1st from 12:00pm to 5:30pm where guests can view screenings from finalists in the Student Short, Indy Short, and Music Video categories. The competition is now open for entry through April 7th, and sign-up forms can be found at www.cinegearexpo.com.

Visitors will have the chance to get their hands on the latest gear when the exhibits open on Friday, June 2nd from 12:00pm to 8:00pm and Saturday, June 3rd from 10:00am to 5:00pm. In this casual atmosphere, the industry’s top manufacturers, rental houses, guilds, associations, trade journals and more will be on hand to talk about new products and share opinions and techniques.

Visit Cine Gear Expo’s website to see the full lineup of exhibitors, screenings, and seminars. One last note: registration is free until midnight, May 27th 2017 Midnight PDT. After that time, a $30.00 cash admission fee will apply to all new registrants, payable at registration.