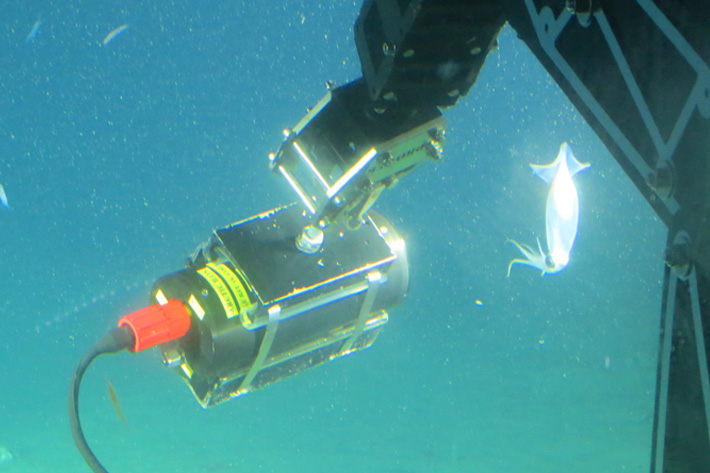 The need for high quality 4K captured underwater led the team behind the BBC and NHK series to choose a compact system that would deliver. The Micro Studio Camera 4K was chosen. Sixty dives and three months later the team is happy with the results.

Blackmagic Design  camera was chosen as part of the new EagleRay 4K underwater camera system, which is used to capture 4K footage up to 1,000 meters deep. Lee Frey, co-founder of Arctic Rays and manned submersible pilot for Alucia Productions, used the Micro Studio Camera 4K to capture footage during Antarctic expeditions for the BBC’s “Blue Planet II” and the NHK’s “Deep Ocean” series.

Alucia Productions is a nonprofit media company that partners with leading broadcasters, scientific institutions, conservation organizations and other production companies to chronicle ocean expeditions aboard its research vessel, the M/V Alucia. In addition to piloting submersibles for the Alucia, Frey founded Arctic Rays with his business partner and co-founder Dirk Fieberg. The company specializes in lighting and imaging for underwater vehicles.

“There are synergies between all the companies involved, and everyone brings their expertise to the table,” said Frey. “In creating the EagleRay 4K for the BBC, we needed a camera that was studio and cinematography quality and that provided 4K in as small a package as possible. The Micro Studio Camera 4K delivered, and the ability to customize its remote control capability was perfect.”

The EagleRay 4K’s creation was due in part to requests Frey received for high quality 4K footage of small undersea communities to make them look larger than life. “Our original camera solutions were too big to film these tiny communities,” explained Frey. “These extremely fascinating, active micro-worlds full of small critters exist on the bottom of the sea. We needed to get really close to make everything look larger than life; for example, making three inch tall coral look like giant redwood trees, seeing the hairs on a shrimp and making a star fish look the size of the Empire State Building.” 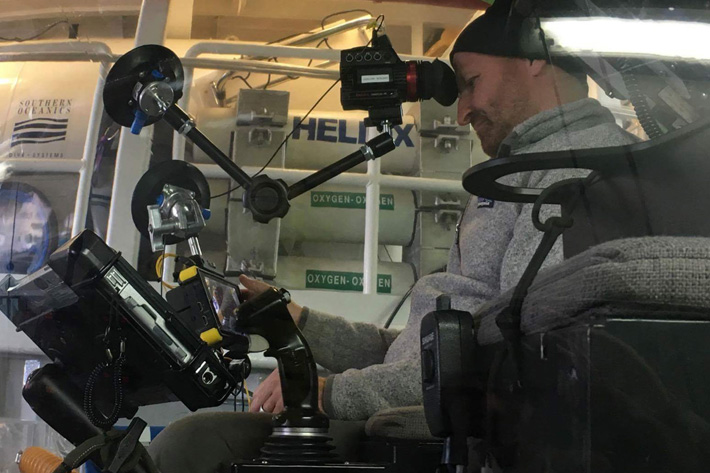 Frey also needed a camera that could be customized, operated remotely and that was tough enough to withstand the 1,000 meter dives as part of the EagleRay 4K rig. “When designing the rig, there were a lot of restrictions, but the Micro Studio Camera 4K ticked all the boxes,” he noted. “I really liked the simplicity of the remote control and Blackmagic Design’s open source mentality. It’s rare to see, but essential for us because we needed to develop the ability to talk to the camera from the submersible.”

Frey continued, “I put the Micro Studio Camera 4K into custom underwater housing, developed interface electronics around it and a handheld control for the camera operator, and integrated the rig into the submersible. Manned submersibles are so packed with gear that space is at a premium, and we were able to replace hundreds of pounds of gear with a tiny, lightweight camera.”

With several expeditions complete, so far the Micro Studio Camera 4K has completed 60 dives and three months of deep sea work in Antarctica.

“We keep the camera running the entire dive, which usually lasts eight hours, because you never know what you are going to see, and you don’t want to miss anything,” said Frey. “While we aren’t the first to dive in Antarctica, we are the first to dive to 1,000 meters, and we are capturing some of these ecosystems for the first time.”

During one dive, the team came upon the carcass of a humpback whale. “Just in the past year, a scientist found a new species of deep sea worm that eats bone, and we were able to get up close and film that. It’s important to understand the lifecycle of the deep sea and how our planet processes things, so we spent hours there shooting intricate details and tight shots. What would have been a pile of bones came to life with the Micro Studio Camera 4K,” explained Frey.

He concluded, “These shoots are about getting people excited about the ocean and caring about preservation and protection. Whales, sharks and dolphins are great, but some of the most important members of the sub-sea community are the tiny guys that no one knows about. Being able to bring them to life and see what goes on in a cubic space on the bottom of the ocean is amazing.”