Under the pressure from independent brands, Canon seems to be upping their game when it comes to flashes. The new Speedlite 430EX III-RT is a step in the right direction. 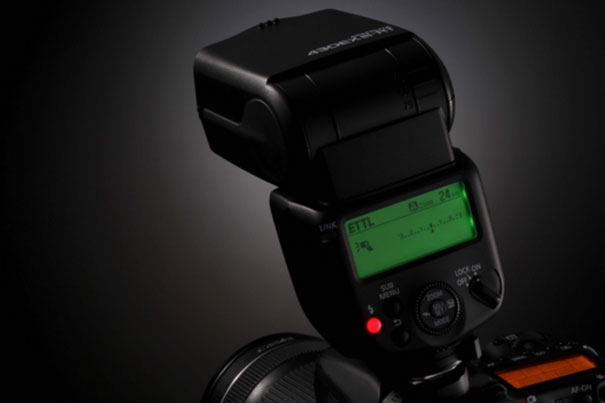 Master or slave? Master and slave? The documentation seems to be fuzzy in this case, making people ask the question over and over. The press-release for the United States, says “the new Canon Speedlite 430EX III-RT features wireless flash shooting via optical or radio transmission (similar to the Canon Speedlite 600EX-RT but slave function only)”. Well, the British press-release indicates that the 430EX III-RT can work “alongside Canon’s existing radio or optical wireless flash control systems as a master or slave.” 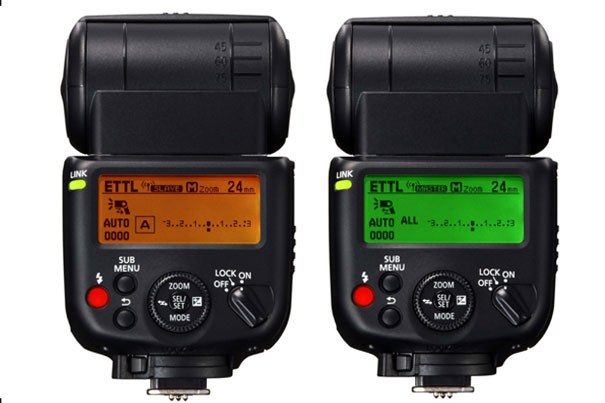 The images from Canon suggest the flash can be used as a Master or Slave, but the documentation is confusing

The images published with the press-release also show the flash being used as Master and Slave. So, unless Canon is not sure of what they’re selling, or Europeans get a better deal than Americans, this is a flash to be used both as a Master or a Slave, something that sounds extremely good. Up until this day, if you wanted to control your Canon flashes from the camera, you had to buy the top of the line flash, previously the 580EX (optical), now the 600EX (optical) or 600EX-RT (radio or optical), or the expensive ST- Speedlite Transmitter (optical on the preivous version, only radio on the ST-RT version), which sits on the hot shoe atop the camera. A bad solution for multiple reasons we’re not going to go through here, now. Let’s just say price is one of them!

Before we explore what the new flash offers, lets look at the practical reasons why a small flash may be your best companion. We are always told that the flash should be used away from the camera, for better results. This means that even if you just want to place a flash close to your subject, you need a second flash or transmitter on the camera. I know it because I was forced to go that way and buy a 580EX, although I much preferred the small 430EX. You see, many times it is not a matter of the power of the flash, but of its distance to the subject, and in my case the 430EX series was just about right, in terms of size and light output, for most of the things I do. But to control it, I needed the huge 580EX. 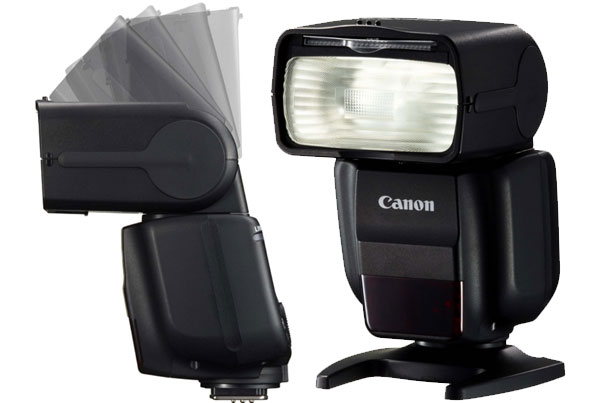 With the appearance of small radio triggers for flash, many of them so cheap you just can’t resist to have them, things became quite interesting. Buying a couple of triggers and a small flash allows photographers to start exploring the use of flash in multiple creative ways. The use of radio also meant a huge step forward, as the flash did not need to be in line-of-sight with the transmitter or master flash, as it happens with IR. Radio goes through walls, corners and obstacles.

This revolution led Canon to create their Speedlite 600EX-RT model, the first to offer Radio Transmission. But the new flash has been the only offer within the Canon line for some time (meaning you had to buy two 600EX-RT to use it), and everyone expected the logical step, now taken with the Speedlite 430EX III-RT. This is a good first flash for many and a second flash for many photographers already using Canon’s 600EX-RT and wanting to extend their flash coverage. If all goes as the British press-release suggests (and let me remind us of that), Canon also made it in such a way that you can use the 430EX III-RT as Master and the 600EX-RT as Slave, an interesting option when you need some extra power close to your subject. Because it also means you can buy two 430EX III-RT and use them together. With the price of a 430EX III-RT around $299,99, it means you can have a complete flash radio system with two units for $500. 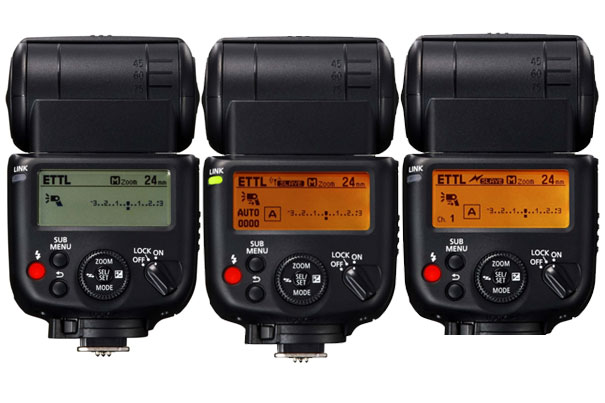 Even if the Master option is nothing more than a mistake on Canon’s part (and we will see it…) the new flash is still the most capable mid-range Speedlite flash to date. Offering a maximum Guide Number of 43 at ISO 100, it provides enough power to light subjects in a wide range of conditions, with the flexibility to work alongside additional flashes using the radio or optical remote control system. Plus, with a lens coverage range of 24mm to 105mm, or to 14mm via the built-in adapter, the 430EX III-RT offers a wide or narrow spread of light which is controllable by the user.

According to the British press-release, the 430EX III-RT is “an ideal flash for creative photographers” as it “enables users to experiment with off-camera lighting set-ups, working alongside Canon’s existing radio or optical wireless flash control systems as a master or slave”. The flash is also compatible with cameras that feature an Integrated Speedlite Transmitter, including the EOS 760D and EOS 70D. This means it can be used instantly as an off-camera flash with output and power controllable from the camera menu, although only in optical mode, with the limitations those systems have.

Still, the information available in Europe states that, “the Speedlite 430EX III-RT joins Canon’s hugely flexible Radio Transmitter (RT) system, providing users with the flexibility to control up to five groups of RT flashes with up to 15 flashes per group, at distances of up to 30m away. The Speedlite 430EX III-RT can also be controlled by Canon’s ST-E3-RT or Speedlite 600EX-RT units, further expanding the available options for professionals and enthusiasts.”

Reduced in size compared to its predecessor, the Speedlite 430EX III-RT provides photographers with a portable additional source of light, and offers faster and silent power recycling – ensuring the flash is discreet and always ready for the next shot. Additionally, the bounce adapter allows for a softer spread of light from the flash, perfect for shooting indoors when a more natural, flattering light is required.

An included orange colour filter allows users to match or contrast the colour of the flash light with the light sources around them, and an integrated catch-light panel provides the opportunity to add a sparkle of light to bring portraits to life. The Speedlite 430EX III-RT also features a new and enhanced illuminated dot matrix LCD display, which provides easy control over every aspect of the flash, and a multi-control dial provides shortcuts to the main functionality.

If this 430EX-RT works as Master, then Canon may have something good to show the market and a reason for Canon users to stay within the brand when it comes to flash. Still, this is not the only option available to photographers looking for flashes controllable through radio, which seems the way to go these days, as I wrote in my article Flash: the Future Is In Radio. There are multiple names in the market, but I would point to two that are probably most popular: Yongnuo and Phottix. 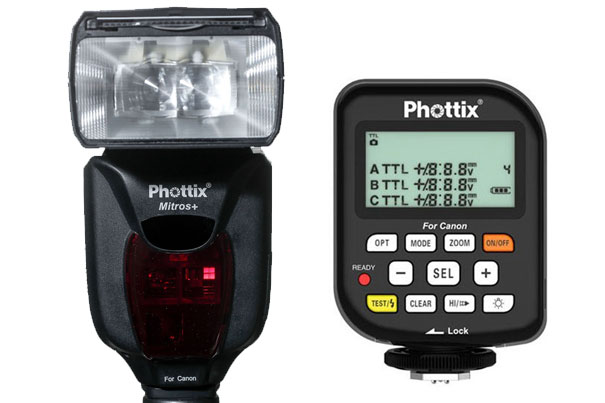 I’ve some experience with Phottix products, and their range of radio triggers, from the simple Ares (a pair costs you around $62) to the Odin and Odin II representing the top of the line, offers multiple choice to multiple needs. Besides, they have the unique Mitros+ flash, launched in 2013, which is similar to the Canon 580EX II or 600EX-RT but offers integrated radio and the ability to work with multiple radio triggers from Phottix, meaning you can expand your lighting system multiple ways using receivers to control smaller flash units. The Mitros+ flash is also available for Nikon and Sony.

With the Mitros+ — which evolved from an earlier version — , Phottix has taken hot shoe flashes to the next level by adding radio transmitter and receiver functions into the flash, so no external triggers are needed. Photographers can use the Mitros+ on their camera, and control and fire remote compatible flashes in TTL or Manual modes, through radio or the traditional optical.

If you need a powerful flash, like the 580 EX or 600EX-RT, the Photix Mitros+ is a good – I would say better – alternative. If you work essentially with one flash and do not need to go over the normal flash sync (1/250 on many cameras), then the Mitros+, which costs some $350, can be paired with a Strato Transmitter, priced at $60. The Mitros+ menu lets you adjust it to work as a receiver to the Strato. For a solution to go up to 1/8000 in terms of flash sync, you need to pair the Mitros+ with the Odin TCU (Transmitter Control Unit), costing $200. This means that just over $500 you’ve the essential kit with an option to extend the lighting units according to your needs. The advantage of the Mitros+/Odin TCU is that it works perfectly with older Canon EOS cameras something the Canon 600EX-RT does not. With it I managed to control two old flashes, a 420EX and an older 420EZ (with some limitations) that was “dead” when it comes to digital cameras. 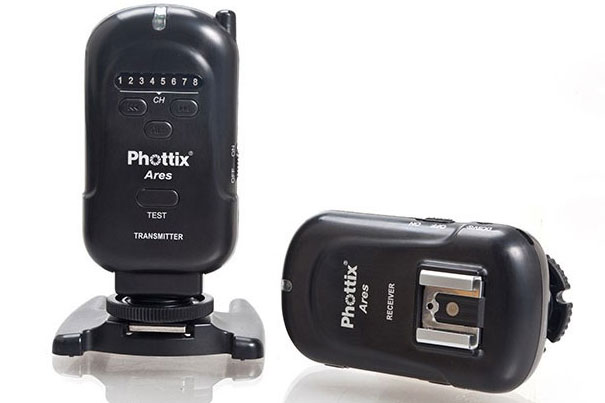 The alternatives are, as shown here, multiple. Let me add one more. If the Speedlite 430EX III-RT does not work as Master, meaning that Canon does not know what they’re selling, it still may be a good option, if you do not need much power but want your flash away from the camera. As it makes no sense to buy a huge 600EX-RT as a controller to be used on top of the camera, a pair of radio triggers like the Phottix Ares will do the trick. For $62 plus the price of the 430EX III-RT you’ve a creative lighting system that although not allowing you to evolve, like the Strato or Odin triggers, will be enough for many years of use.

Canon USA got it wrong the first time, and it took them some hours to correct the mistake. But even the European press-release was not completely clear – and the translation for some countries, as Portugal, was unintelligible, but that’s something I am used too. To put an end to the story, lets says that the new Canon Speedlite 430EX III-RT works as Master and Slave (Transmitter/Receiver) in radio mode and only as Slave in optical mode. This means that Canon decided to keep the 600EX-RT as the only unit that can be Master or Slave at both radio and optical (but not the two simultaneously!) and remove the second feature from the 430EX III-RT. I believe once users discover radio they will never miss the optical connection, so it is a good choice. This said, the different scenarios I mentionned above are still to be explored by each photographer when the moment to invest in a new flash or flash system arrives.