Leading visual effects software developer, The Foundry (www.thefoundry.co.uk), has released MARI 1.5, packed with new features that reach beyond the film industry and will appeal to the games market. 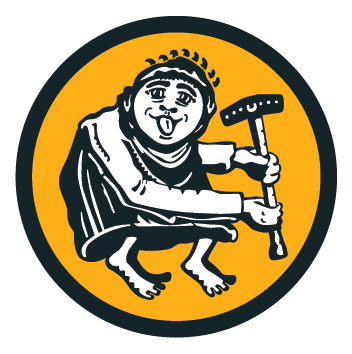 MARI is a production proven 3D digital paint tool, designed from the ground up so artists can spend more time being creative and less time managing technical issues.

THE FUTURE OF GAMING
LucasArts has already been using MARI 1.5 in production as one of its texturing tools on the highly anticipated award-winning Star Wars 1313™ video game. MARI was adopted by the legendary games developer specifically to deal with the vast numbers of textures within the game environment.

Kim Libreri, Visual Effects Supervisor, Industrial Light & Magic/LucasArts comments: “Integrating MARI at LucasArts for Star Wars 1313 helped us work a lot more efficiently and contributed to making the game visually stunning. MARI allows us to create more realistic assets using techniques similar to those we use at ILM for our movies. It’s also been a real benefit that the texture artists are able to preview assets in real-time so they can interact with them and see exactly how they are going to look in-game.”

Jack Greasley, MARI Product Manager at The Foundry comments: “Mari 1.5 is the result of close collaboration between The Foundry and our customers. We believe that Mari 1.5 is the most exciting texture painting and 3D digital paint tool available and that it addresses the needs of not just VFX and CG but anyone who needs to put pixels onto polygons.”

WHAT’S NEW?
This release of MARI adds even more creative functionality into the mix. These features make it even easier for games developers to utilise MARIs capabilities as well as enhancing the experience of artists working in all sectors of high-end visual effects.

As well as the addition of games shaders, improved Overlapping UV Support gives artists the freedom of a smooth and robust workflow allowing shared textures to be re-used across 3D models within the same UV space.

DDS Cubemap Support means artists can accurately match the final look of real time assets, and new Mirroring Support in MARI’s paint buffer has been added so MARI users can get results fast and take control of symmetrical objects at any stage of the creative process.

The Foundry is a world-leading innovator in visual effects technologies and is internationally renowned for its product design and collaborative approach. Founded in 1996, the company has established itself as a critical partner to major feature film studios and post production houses worldwide including The Mill, ILM, The Moving Picture Company, Walt Disney Animation, Weta Digital, Framestore, Sony Pictures Imageworks and Digital Domain.

The company’s products have been used to create breath-taking effects sequences on a wide range of features, television projects and commercials. High profile examples include the 2012 Oscar® winners, HUGO (Best Visual Effects) and Rango (Best Animated Feature Film) as well as the EMMY award winning Boardwalk Empire. The Academy of Motion Picture Arts and Sciences awarded a Sci-Tech Award® to The Foundry’s development team for the FURNACE image processing suite in 2007 – and the company now holds two products with AMPAS Sci-Tech Award® winning technology including high-end compositing system NUKE.

MARI – the revolutionary 3D paint system, was originally created at Weta Digital before it was adopted by The Foundry to spearhead its ongoing development. The two companies still continue to work together to drive MARI’s evolution. In 2011 The Foundry ranked 54th in The Sunday Times Tech Track (up three places from 2010), and debuted in both the Sunday Times International Track and the Deloitte Technology Fast 50 lists.

Backed by The Carlyle Group with a substantial portion still owned by the staff, The Foundry is still run by its original management team.