Manfrotto Distribution US adds 360Rize to its line of power brands, entering the world of Virtual Reality and 360 video. 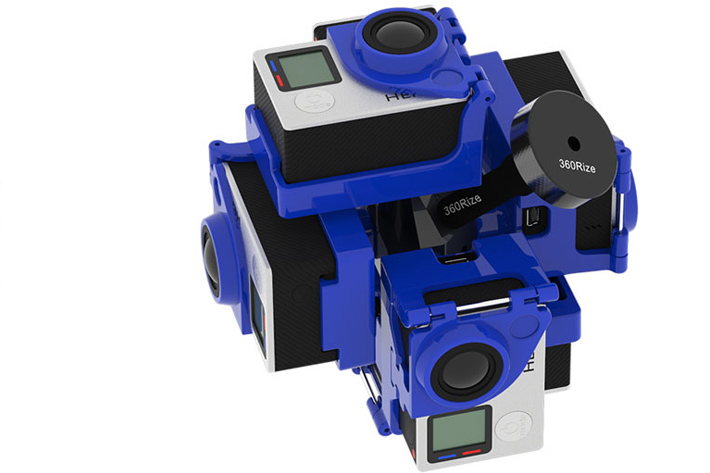 Unique camera arrays for  VR and 360 video are the core of 360Rize, a company offering multiple solutions for creating high resolution spherical 360 video.

Manfrotto Distribution US will now add the 360Rize line of patented 360 Plug-N-Play to its inventory of professional video and photo products, serving as a reselling resource for dealers. We wrote here at ProVideo Coalition, back in November 2016, about the patent pending system that allows to mount between three and eight Blackmagic Design Micro Cinema camera 2Ks or Blackmagic Design Micro Studio camera 4Ks for a unique array able to capture 360 video.

360Rize was recently awarded a patent, along with multiple provisional patents for its virtual reality 360 video technology patented 360 Plug-n-Play product lines. These systems re-purpose small action camera’s like GoPro, Yi Technology and micro-cinematic cameras like Blackmagic Designs and ZCam’s into the unique patented 360 Plug-n-Play camera arrays for creating high resolution spherical 360 video. The patent covers the multi-camera holding assemblies which its original 360Heros company brought to the market back in 2012. 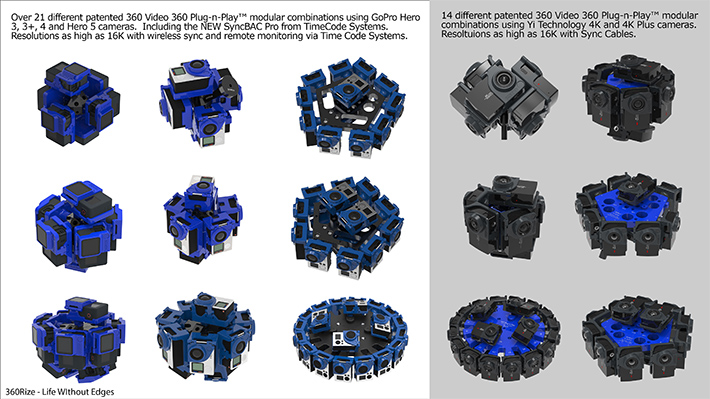 “This is a very exciting step for 360Rize. When it comes to camera and production equipment distribution, Manfrotto Distribution US is one of the most respected names in the industry and we’re thrilled to be working with them to help make 360 video technology widely available,” said 360Rize CEO and founder Michael Kintner.

“VR and 360 shooting is one of the most exciting new channels in imaging. We are thrilled to be representing 360Rize as their US Distributor. Their products are of the highest quality and help define the category. So, in that sense, they are very much like the Manfrotto brand. That is why they are the perfect partner for us,” said Adam Mirabella, President of Manfrotto Distribution US.