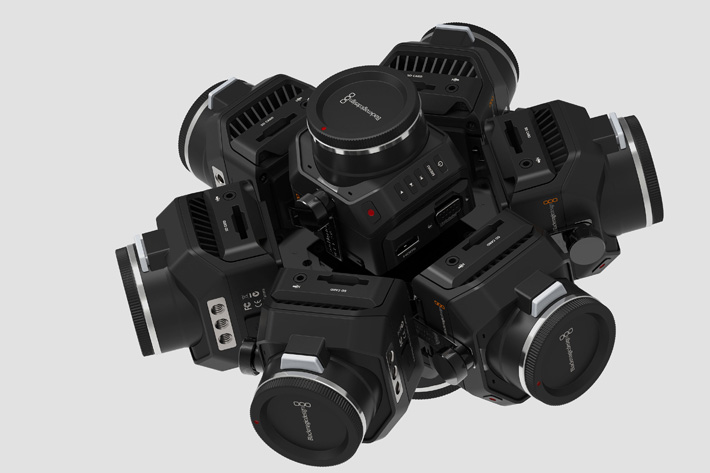 360Helios rigs position the company’s proprietary low profile lenses close to the nodal center of the rig to improve stitching quality and feature a patent pending variable camera orientation within each rig assembly, allowing users to position cameras in portrait or landscape orientation when mounted in the rig.

“We’re excited about the control and adaptability that our 360Helios rigs and accessories offer filmmakers,” said 360RIZE CEO Michael Kintner. ” In particular, our rig configurations make it possible to film with multiple Blackmagic Micro Cinema Camera Action Cameras in both portrait and landscape orientations. This variability allows users to dictate how the camera’s frames overlap and to easily incorporate other lenses, cables and accessories into the configurations.”

The proprietary micro 4/3 lens is a 2.7mm f/2.3 190-degree fisheye designed for optimum frame overlap and a shallow form factor. These features help filmmakers to correct parallax issues to allow subjects to get closer to the rig, aid in stitching out rigging and offer the ability to film in low-light conditions.

The 360Helios Bullet board offers a variety of tools for operating multiple cameras simultaneously: