As the technology that allows Virtual Production gets more sophisticated, less costly and easier to use, studios as Pace Pictures are implementing it for independent film production. 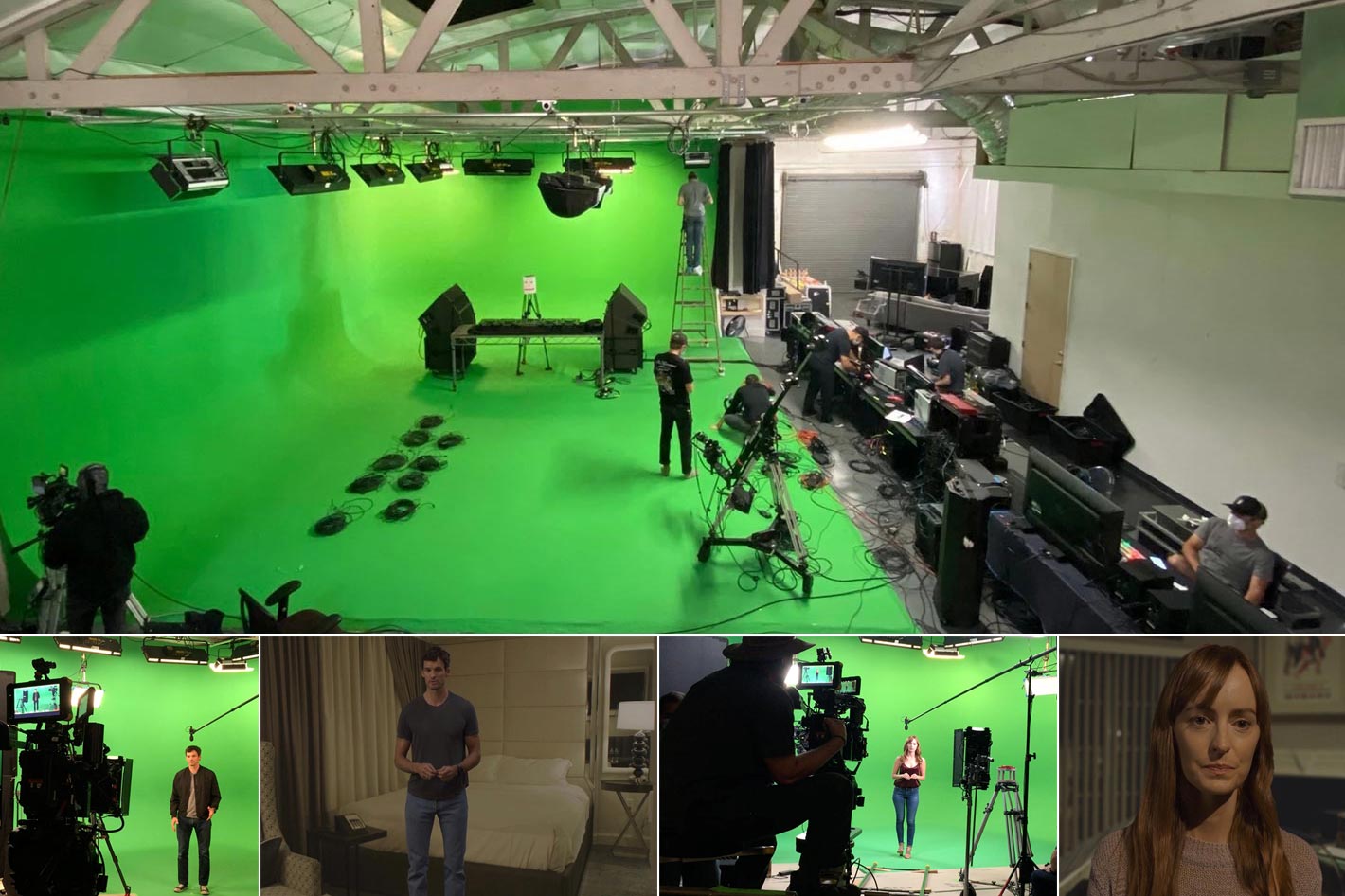 Virtual Production is becoming a practical solution for mainstream productions that need to consider social distancing and budget. A recent example is Match, shot on green screen and in just five days.

The future of independent film production in a post-covid-19 world is taking “virtual” shape at Pace Pictures in Hollywood. The boutique facility recently used groundbreaking virtual production technology to produce Match, a feature-length romantic comedy from director Sean McGinly (Silver Lake, The Great Buck Howard). Actors were shot on a green screen stage and placed into virtual three-dimensional environments while incorporating complex camera movement and lighting. Most remarkably, says the company, “principal photography was accomplished in just five days and at a fraction of the cost of most conventional film productions.”

Pace Pictures believes that through systems as the one the company uses Virtual Production can become a viable reality for independent film. Virtual production has been around for a while, and ProVideo Coalition has pointed to some examples that show its evolution, but as the technology behind it becomes more sophisticated, less costly and easier to use, studios, big and small are attracted by the advantages and, obviously, the cost.

Seamlessly integrating talent into digital environments is no longer limited to Hollywood blockbusters, it’s becoming a practical solution for mainstream productions that need to consider social distancing and budget. The pandemic has contributed to make crews search for virtual production solutions that allows to reduce the number of people on the stage. A good example is Sean McGinly’s romantic comedy “Match”, that was shot virtually with a small crew on a modest budget in just five days. 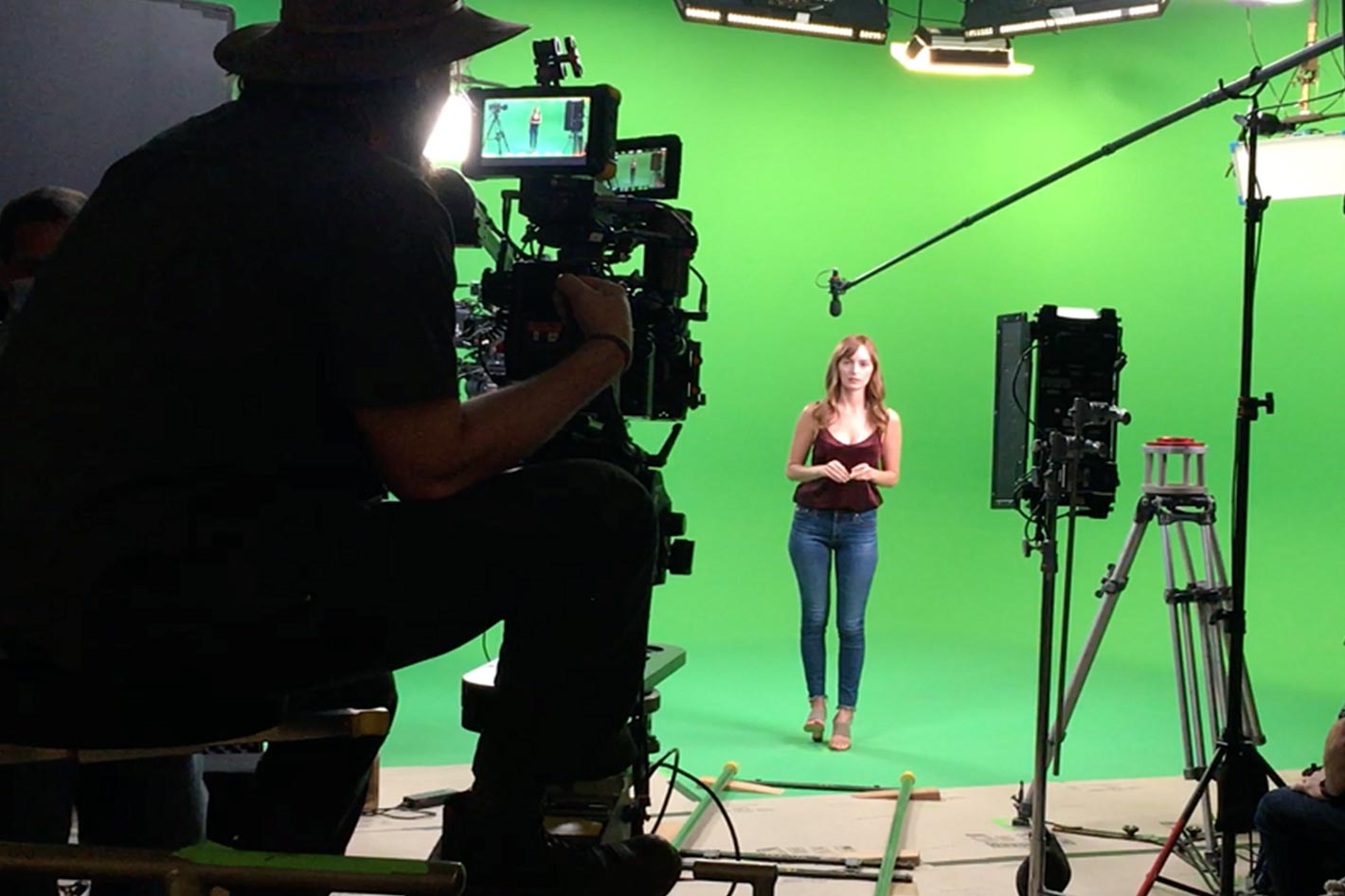 Filming in Hollywood, editing in Australia

“Virtual production makes sense for a lot of projects,” says Pace Productions president Heath Ryan. “It allows productions to work in a socially distanced manner, protecting the health and safety of talent and crew. It also eliminates some of the problems of working on location. If you are shooting a scene in a desert, you must protect your actors and crew from the elements. Now, you can shoot in air-conditioned comfort. It’s going to be an essential new tool for production.” 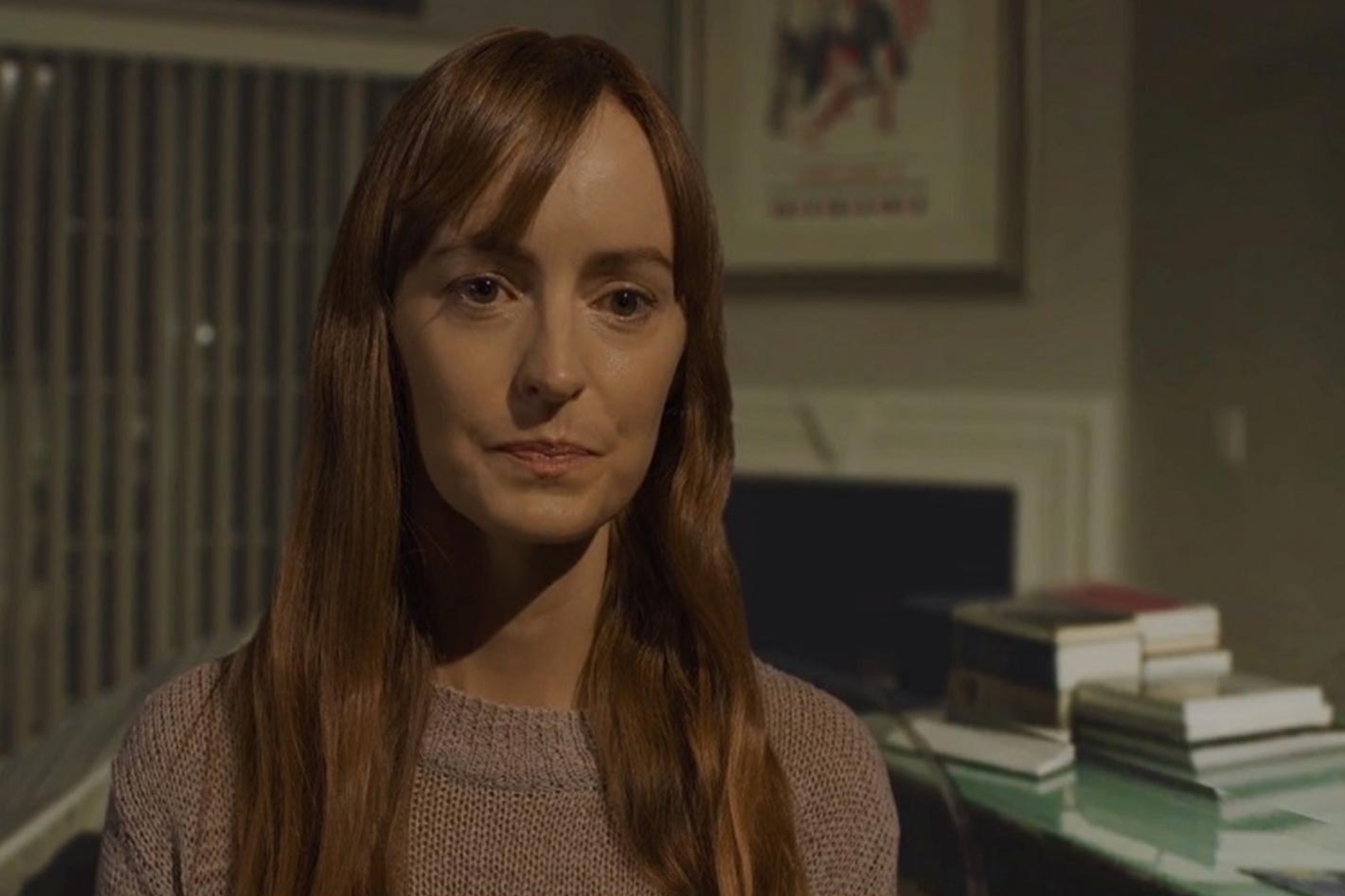 Pace Pictures’ Virtual Production stage uses stYpe’s, RedSpy camera and lens tracking software which allows actors to be composited into 3D environments on the fly. The software tracks camera motion and lighting with precision and applies that data to the background, resulting in an illusion that is imperceptible and convincing.

For Match, scenes were shot on a green screen stage at Pace Pictures’ facility in Hollywood and streamed at high-speed to Ryan, who was producing and editing the film while quarantined in a hotel room in Queensland, Australia. Using a laptop, Ryan helped place the actors into the appropriate backgrounds and sent the results back to Los Angeles. Rough composites were available for McGinly and his crew to review in as little as an hour. 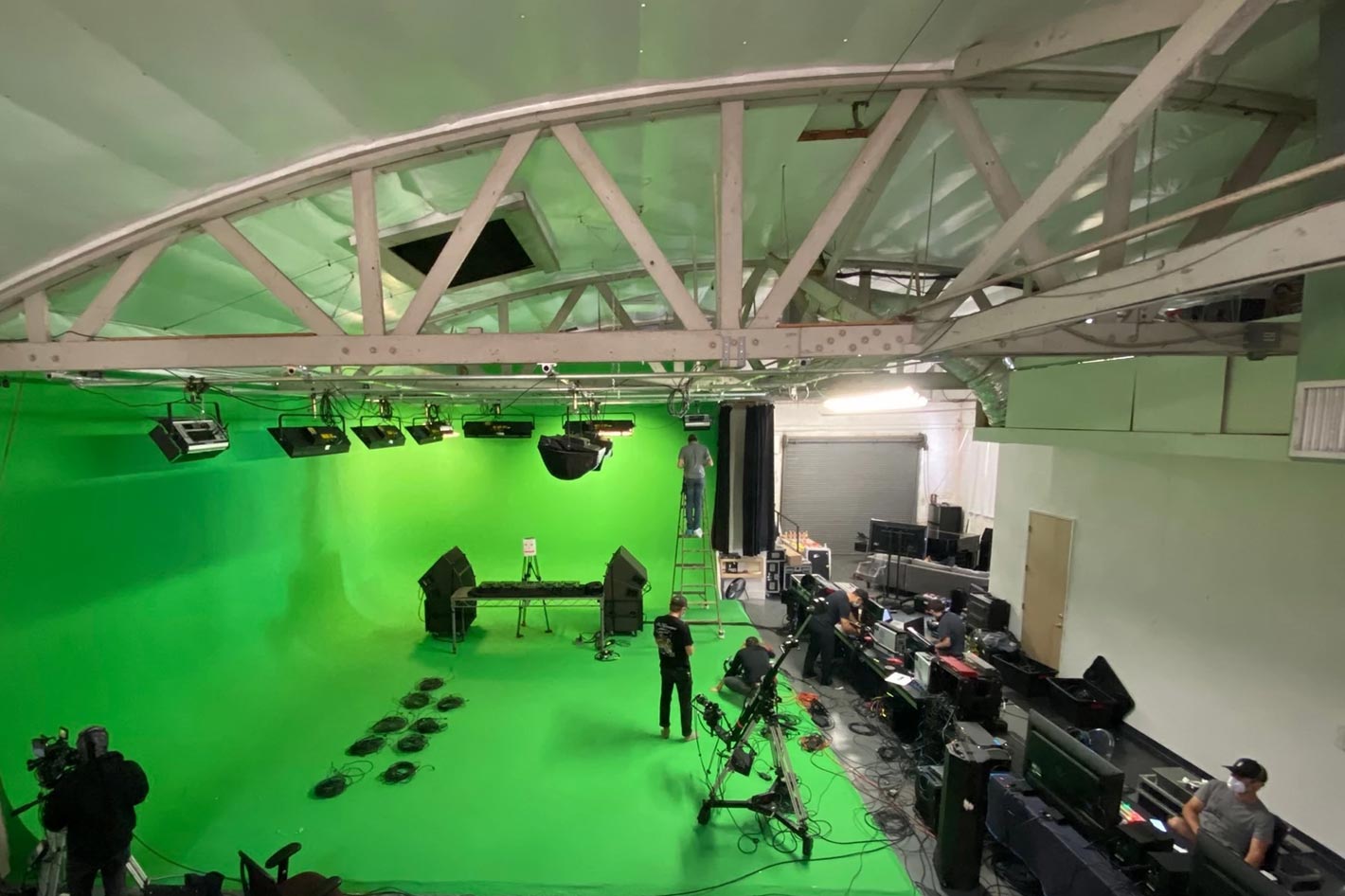 The role the pandemic played

“I was able to review every set up and every take, and make decisions about the backgrounds,” explains Ryan, who rose each day at midnight and worked through the night to accommodate the 17-hour time difference between Australia and California. “The lighting was programmed, so we were able to demonstrate how things were working to Sean, his cinematographer, the production designer and assistants on the stage.”

Necessity is the mother of invention and the pandemic has played a role in the way people search for new solutions to old problems. To accommodate Match’s story, Pace Pictures cinematographer/colorist Jason Knutzen shot interior and exterior locations around Los Angeles and collected geometric data that made it possible to place talent into each environment with proper perspective.

So, ironically, the pandemic made that part of the process easier than it might otherwise have been. “We shot in restaurants, hotels and bars that are normally hard to access, but were available due to covid-19 restrictions,” Ryan says. “We recorded those, and many other environments, and brought them onto our stage.” 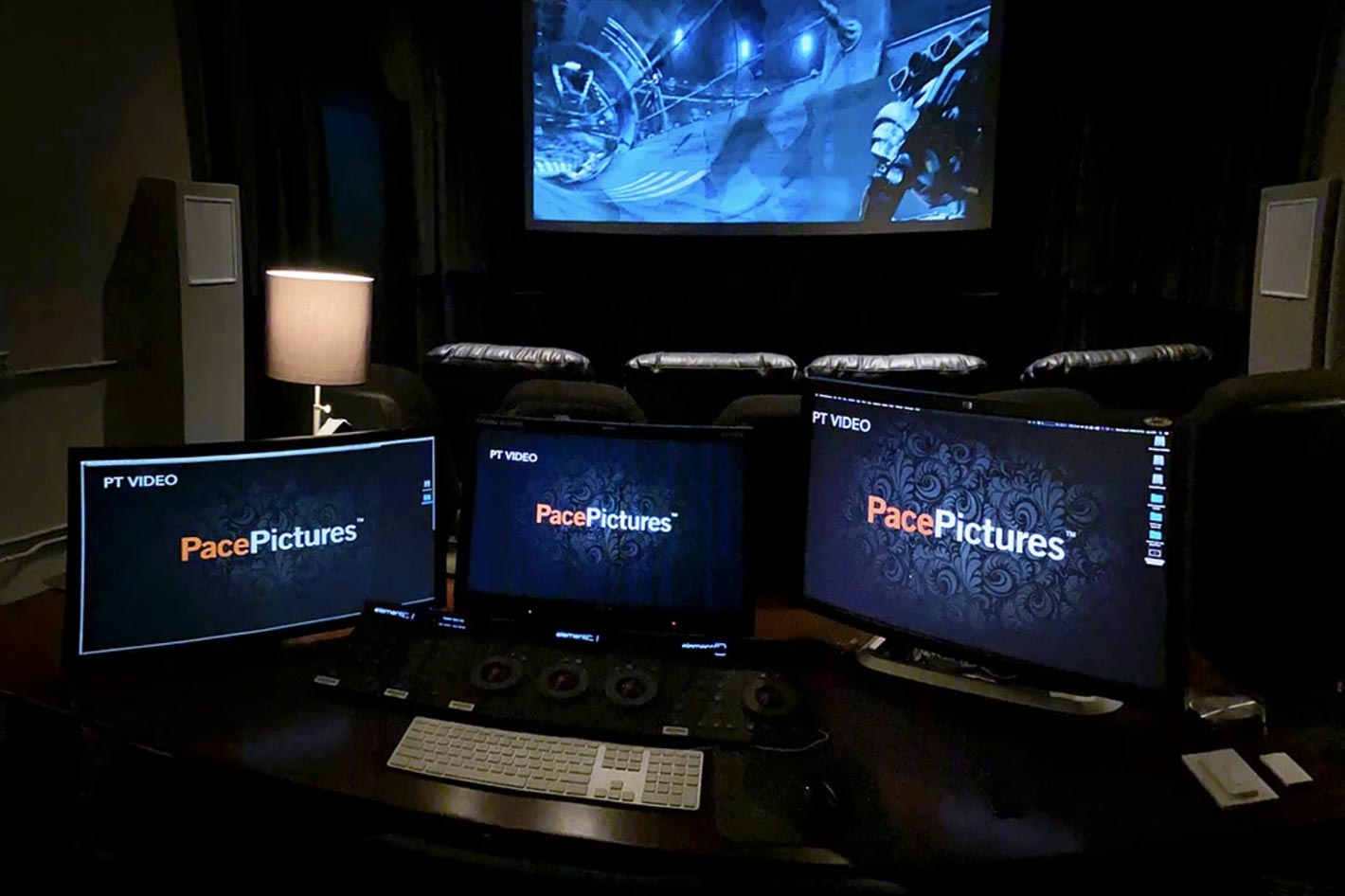 Pace Pictures’ virtual production workflow extended to post-production color grading and finishing. The media streamed from the stage to Ryan’s hotel room in Australia was sent in the form of Avid DNX files. “I was editing material with code that linked to the original raw files,” Ryan explains. “The edited sequences I sent back could be played back at full 4K resolution in our color suite.” Post-production work is ongoing at Pace’s facility with visual effects artist Raleigh Stewart handling final compositing of the actors and backgrounds. 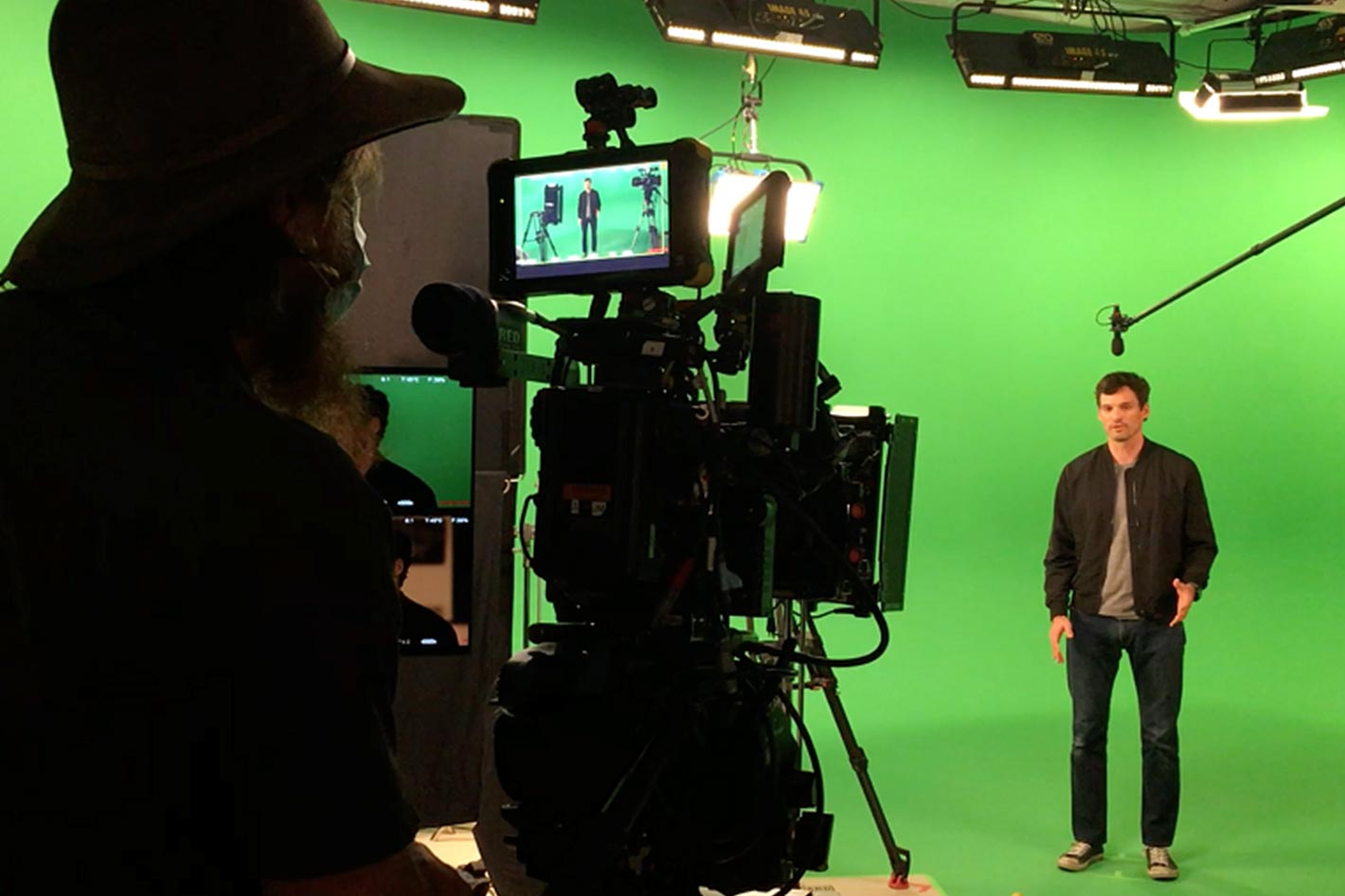 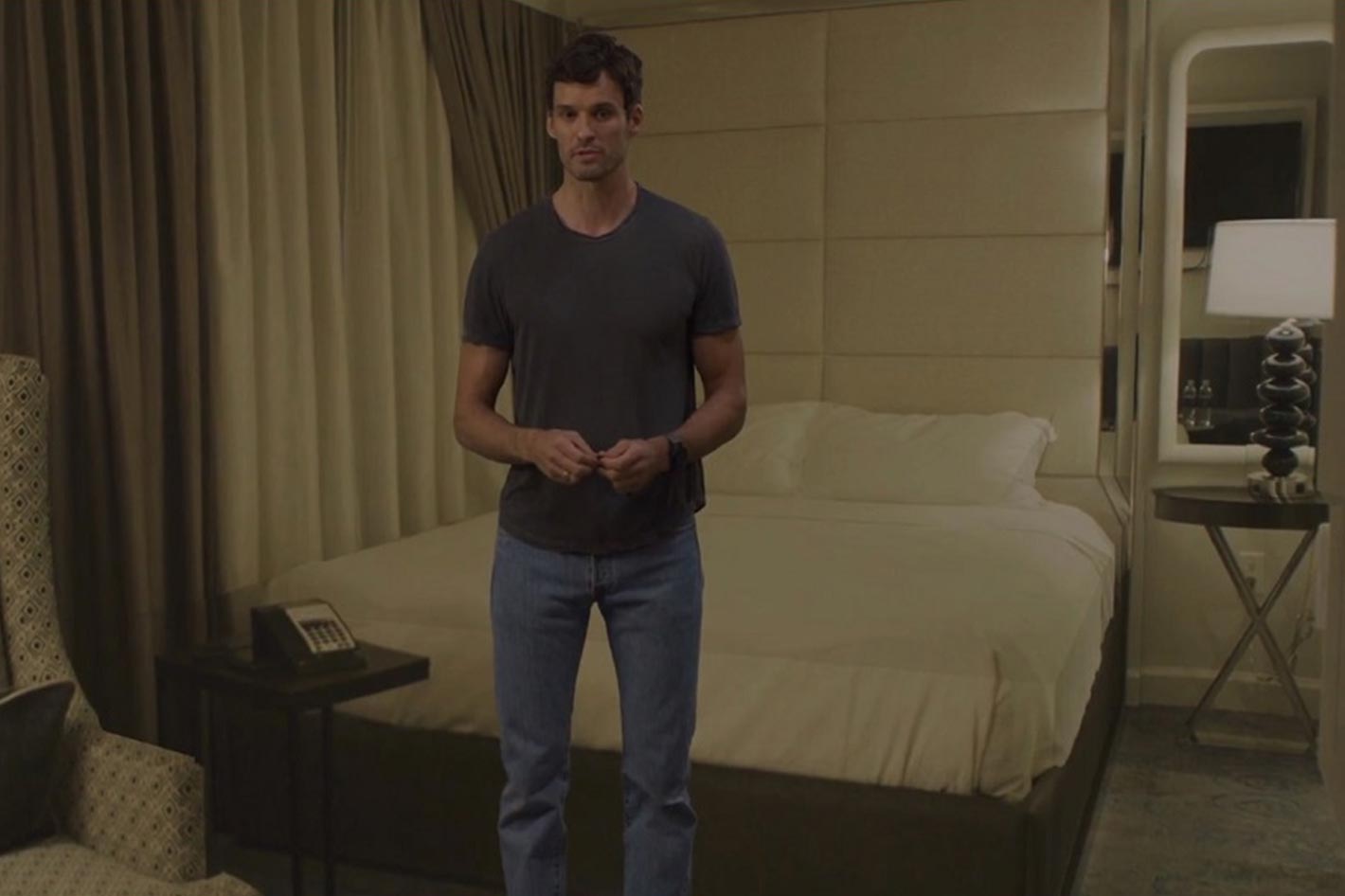 The challenges the Match crew faced due to covid-19 made Virtual Production an essential part of the process, but Ryan believes it has wider application and will be embraced by filmmakers long after the pandemic is over. “Virtual production can significantly cut costs,” Ryan says. “We shot the talent for Match with just a dozen crew people. We still require dollies, Steadicams and other conventional gear, but we are able to dramatically reduce the footprint.”

Heath Ryan adds that virtual production also delivers creative dividends. “It’s wonderful for actors and directors as it allows them to focus on performances without concern for the weather or other environmental factors,” Ryan says. “It goes way beyond covid. It’s a benefit that will appeal to a lot of filmmakers.” 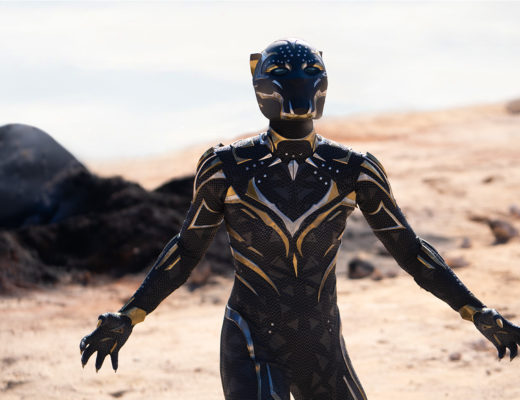