Panasonic believes that a camera can offer excellent performance for both videographers and photographers and the new LUMIX S5 embodies that concept. 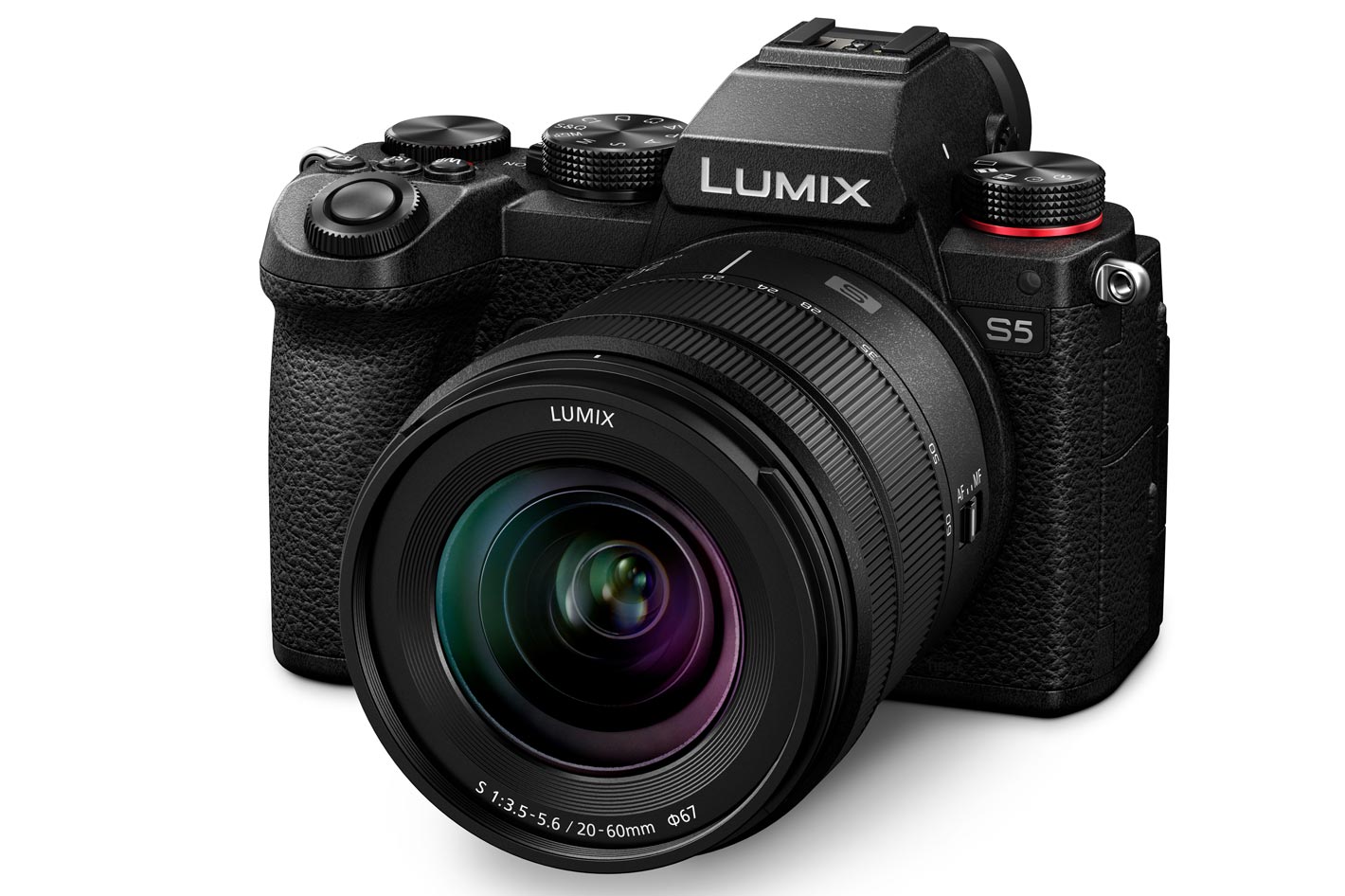 Featuring exceptional image quality in high sensitivity photo/video and stunning mobility, according to Panasonic, the LUMIX S5 is the newest model added to the full-frame mirrorless camera S series from the company. At the heart of the camera is a 24.2-megapixel 35mm full-frame CMOS sensor that boasts a wide dynamic range and high sensitivity performance… and that some will claim is not enough pixels for today’s needs. At least for their needs…

Also important for video shooters, the LUMIX S5  realizes recording maximum ISO 51,200 crystal-clear high sensitivity video with the adoption of the Dual Native ISO technology.  First introduced in the Panasonic professional cinema camera VariCam line-up, the technology allows the image sensor to minimize noise generation by choosing an optimal circuit to use according to the sensitivity before gain processing. Dual Native ISO gives film creators a greater variety of artistic choices as well as the ability to use less light on the set, saving time. The LUMIX S5’s Dual Native ISOs are 640 and 4000.

The Lumix S5 will be available in mid-September for $1999.99 for the body only and $2299.99 with a 20-60 kit lens. One foot note: the size comparison with the LUMIX GH5 may be nothing more than a comparison, but maybe Panasonic is rethinking its commitment to Micro Four Thirds, as it, apparently, can design a full frame mirrorless camera that is as compact as the GH5 and even appears to be smaller. 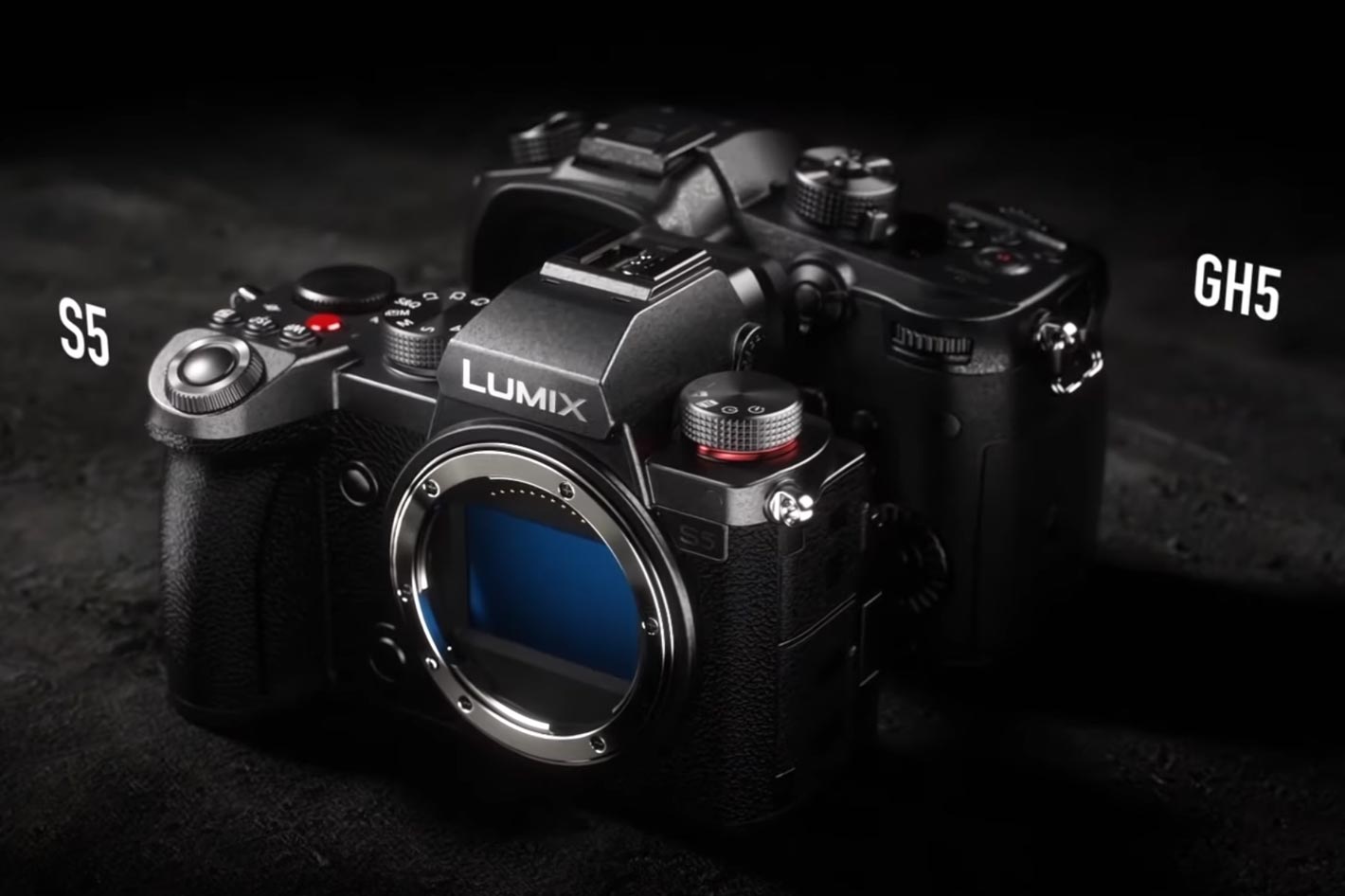 Here is a list of the most important features present in the new camera, based on information provided by Panasonic:

The LUMIX S5 contains a 24.2-megapixel 35mm full-frame CMOS sensor (35.6 mm x 23.8mm). The LUMIX S5 boasts a wide dynamic range and reproduces sharp images with exceptional clarity. Noise is minimized even when shot at maximum ISO 51,200 high sensitivity. It is an ideal camera to use especially in low-light situations.

Taking full advantage of its high-resolution sensor, the LUMIX S5 provides a High Resolution mode that faithfully reproduces precise details to be saved as beautiful, highly realistic images not only RAW but also in JPEG. Eight consecutive images are automatically shot while shifting the sensor using the Body I.S. (Image Stabilizer) mechanism and synthesized into a 96-megapixel equivalent (12,000 x 8,000-pixel) image by the Venus Engine, which boasts high-speed signal processing. This high-resolution photo is ideal for landscape photography of stationary subjects or artwork with delicate details using a tripod. However, it can also be used in situations where moving subjects are included in the scene, by switching the sub mode.

The LUMIX S5 integrates the Body I.S. (Image Stabilizer) for powerful handshake correction. Panasonic developed an algorithm that precisely calculates shaky movements sensed by the gyro sensor, image sensor and accelerometer sensor. This enables more accurate shake detection and compensation, making it possible to use a 5-stop slower shutter speed. Combining the Body I.S. (5-axis) in the camera and the O.I.S. (Optical Image Stabilizer, 2-axis) in the LUMIX S Series lens, the 5-axis Dual I.S. 2 the correction power is maximized to allow 6.5-stop slower shutter speed. It is highly beneficial in telephoto shots and in adverse situations, such as in low-light or with one-handed shooting. The 5-axis Dual I.S. 2 works for both photo and video recording, including 4K. The Body I.S. compensates for camera movement even when other L-Mount lenses without O.I.S. are used. 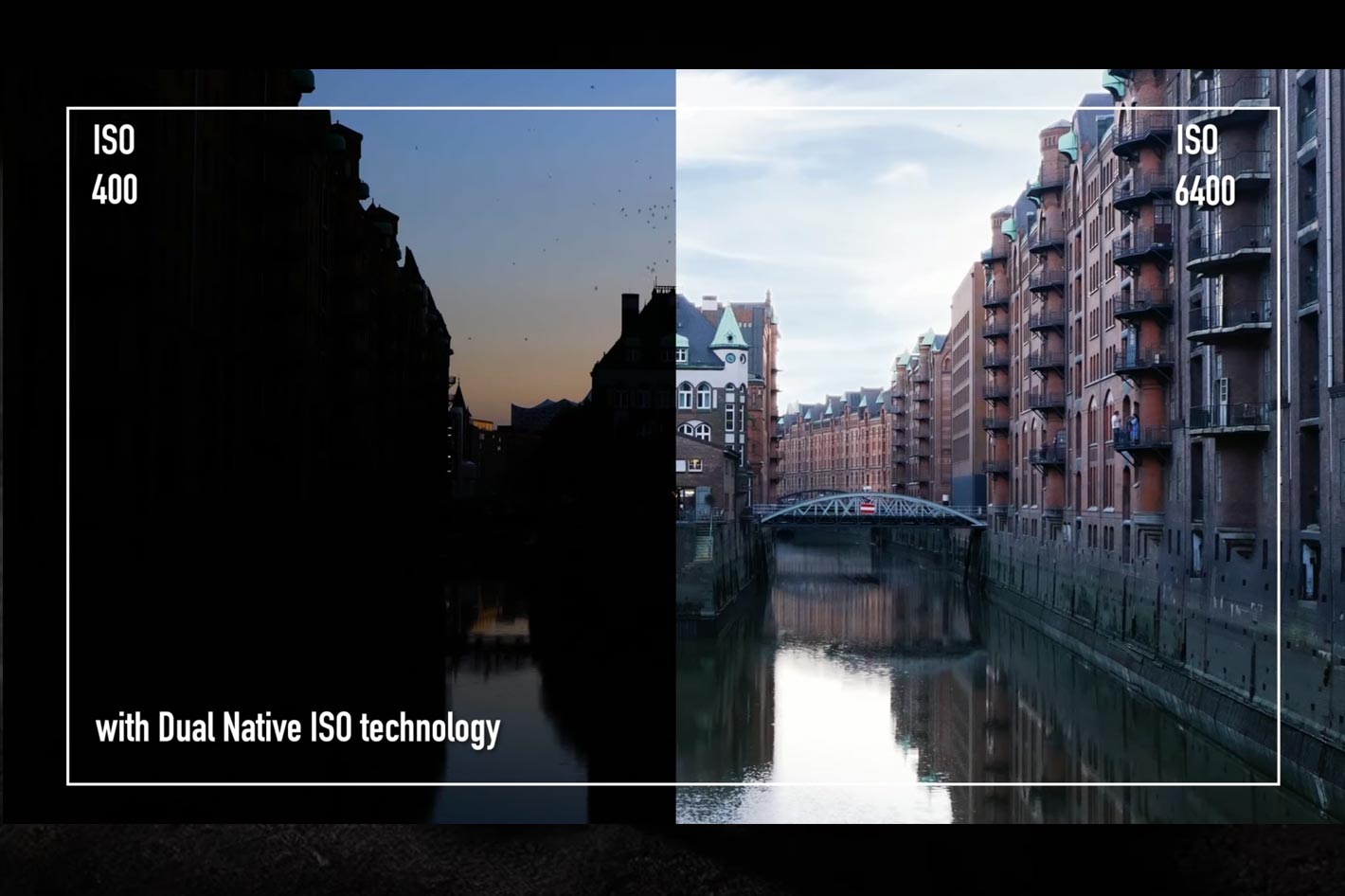 With the new Live View Composite function, the camera releases the shutter at designated intervals of exposure time and synthesizes the parts with high luminosity to produce a single picture. While the total brightness of each consecutive image is accumulated in bulb shooting, only the target subject, the bright parts of an image, are detected and the user can synthesize them carefully while seeing it in live view. This is useful for capturing shots of fireworks or stars in the night sky where the background needs no gain-increase.

Dynamic range measures the luminance range that a digital camera can capture. The LUMIX S5 delivers 14+ stops of Dynamic Range, which are virtually the same as those of the Panasonic cinema cameras, to precisely reproduce everything from dark to bright areas. The ability to capture accurate colors and rich skin tones is a must for any filmmaker. The LUMIX S5 imports the renowned colorimetry of the VariCam lineup of cinema cameras. The LUMIX S5 contains V-Log/V-Gamut capture to deliver a high dynamic range and broad colors. V-Log renders a very flat image while maintaining all of the color information within the image. This means that there is a greater level of play when the images are put through post-production processes.

The CMOS sensor of the LUMIX S5 achieves a wide color gamut known as V-Gamut, which is the S5’s optimum color space and achieves a color space that is wider than BT.2020. V-Log has log curve characteristics that are somewhat reminiscent of negative film and V-Gamut delivers a color space even larger than film. 35 conversion LUTs for VariCam cinema cameras can be downloaded free of charge for use in the LUMIX S5. It is easy to match the color tone with the footage recorded in V-Log of S1H/S1 and V-Log L of GH5/GH5S. Practical tools like a Waveform Monitor and V-Log View Assist are also available. 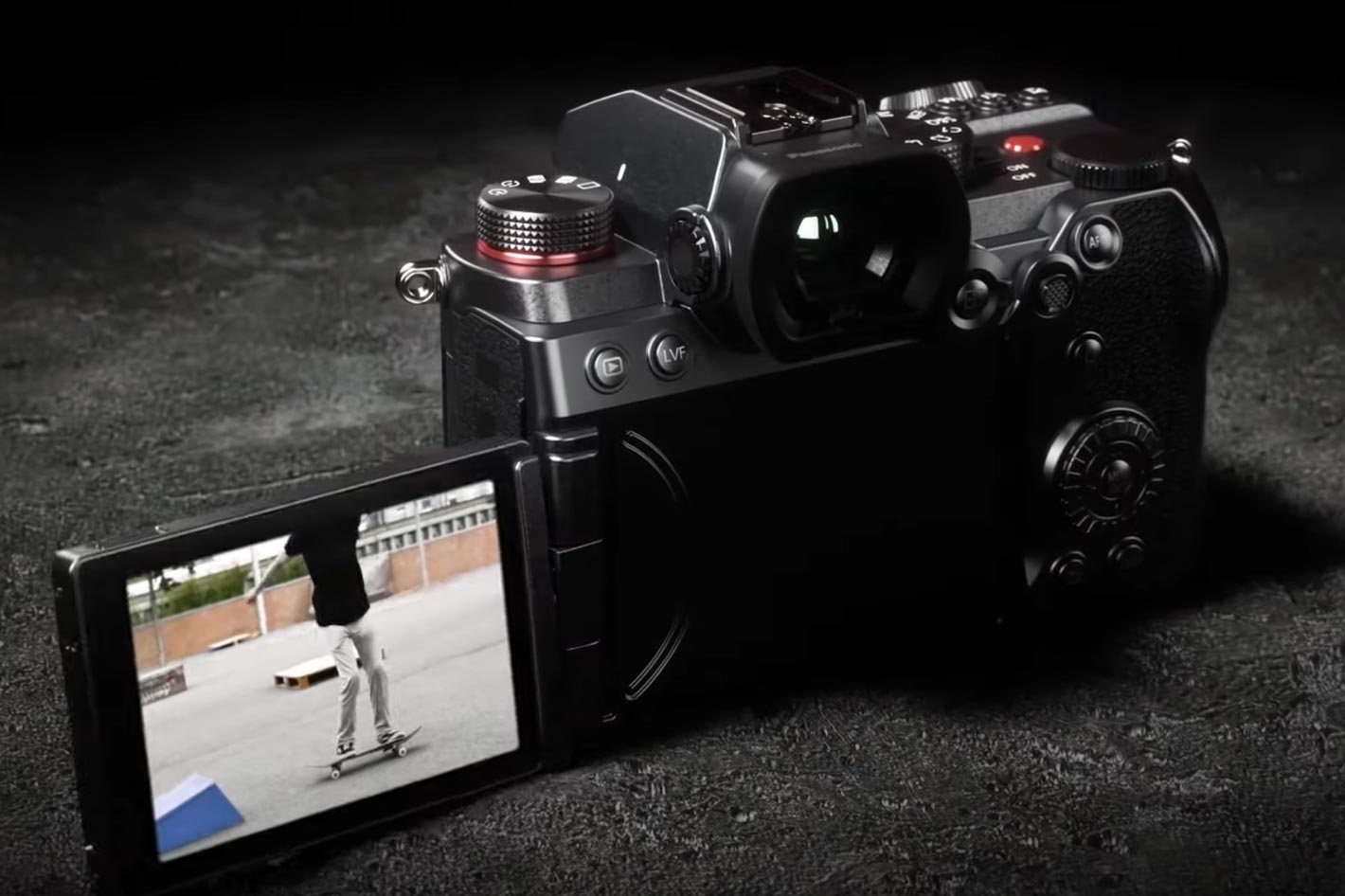 With Slow & Quick mode, impressive video slow and quick motion video in 4K(1-60fps, 30x quick to 2.5x slow) or in FHD (1-180fps, 60x quick to 7.5x slow) is available. It is possible to use AF to capture the subject in sharp focus in this mode, too. It can also be accessed directly using the mode dial.

The HDR (High Dynamic Range) video recording in 4K is also available, which reproduces both the bright parts and dark parts of an image, making it appear as if seen in person. The camera records video with a designated gamma curve compatible with ITU-R BT.2100, and the user can now choose Hybrid Log Gamma (HLG) in Photo Style. The HLG*3 Photo mode provides a wider dynamic range to reproduce light and shadow with more natural contrast. The HLG Photos can also be produced as an HSP file*4 with compressed high-brightness signals in its full resolution (5,888 x 3,312, in 16:9) in addition to JPEG/RAW files. The user can playback these vibrant images on the latest Panasonic HLG-compliant 4KTV via HDMI cable connection or other HLG-compliant devices.

For more continuous burst shooting, 6K PHOTO makes it possible to capture unmissable moments at 30 fps by extracting the frame with the best timing out of a 6K burst file (in 4:3 or 3:2 aspect ratio) to save as an approximate 18-megapixel equivalent high-resolution photo.

The LUMIX S5 boasts high-speed, high-precision AF in both photo shooting and video recording. Combining the Contrast AF with DFD (Depth From Defocus) technology, it focuses on the target in approximately 0.08 sec*1. As a camera that excels in low-light shooting, the LUMIX S5 boasts -6EV*2 luminance detection performance with Low Light AF thanks to the higher sensitivity and optimized tuning of the sensor. Allowing maximum 480 fps communication speed between the sensor and the lens, users can take full advantage of this high-speed, high-precision AF when LUMIX S Series lens is used. 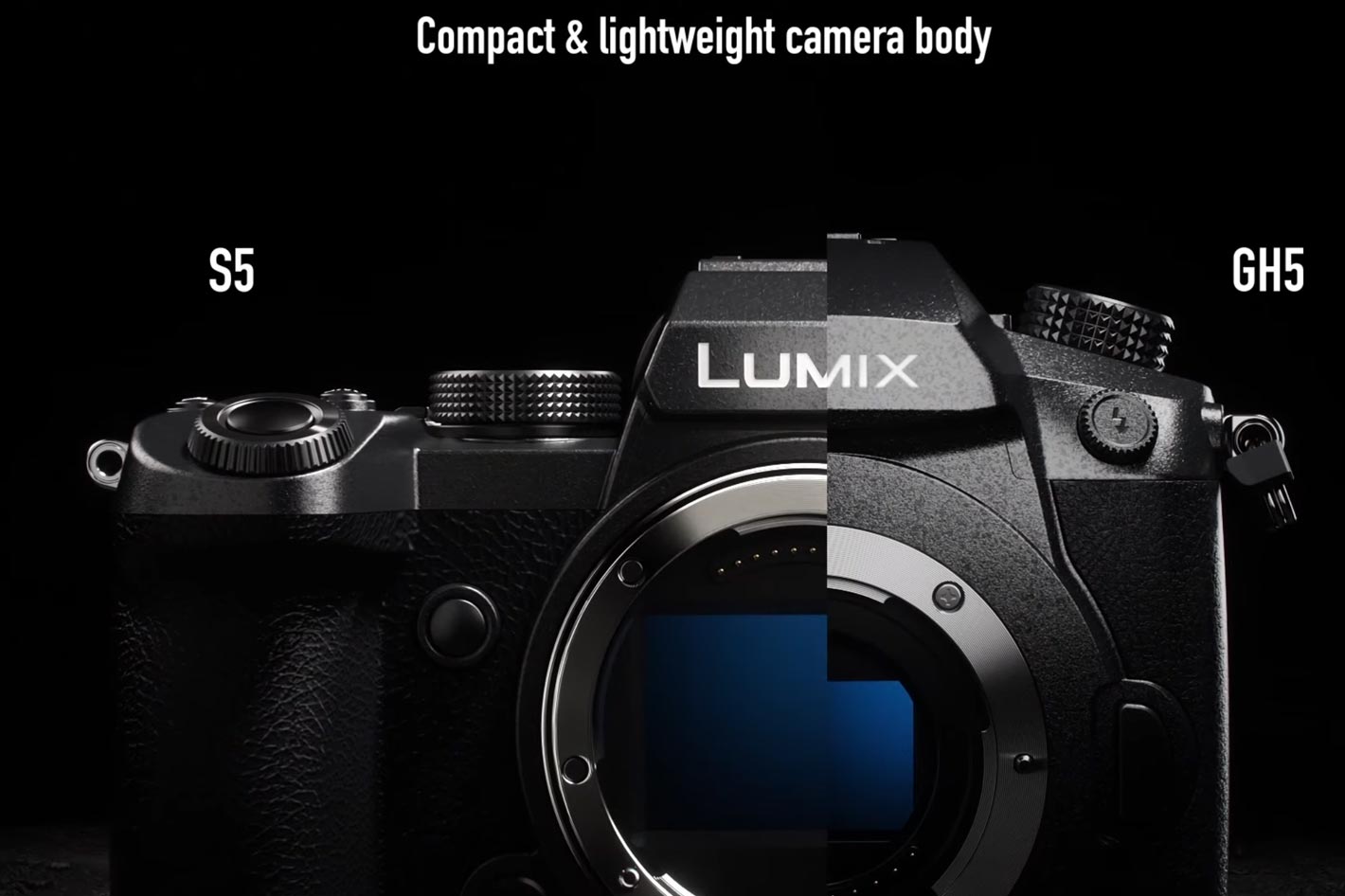 The LUMIX S5 also incorporates an advanced deep learning technology that detects specific subjects like humans and fast-moving animals. Notably for humans, the head is separately recognized from the eye, face and body by real-time detection technology to provide even more precise focusing. The camera continually tracks an individual even if they move quickly, turn their back to the camera, tilt their head or move far away from the camera. On the other hand, improvements to the DFD technology has enhanced AFC, which also enables users to keep tracking small or fast-moving subjects to capture them in crisp focus.

The LUMIX S5 boasts outstanding mobility yet excels in basic performance and expandability. To withstand heavy field use, the LUMIX S5 is composed of a magnesium alloy full die-cast body and is splash/dust-resistant. With an optimum layout of heat dispersion components, heat is effectively transferred outside which results in stable, continuous video recording for a long time. 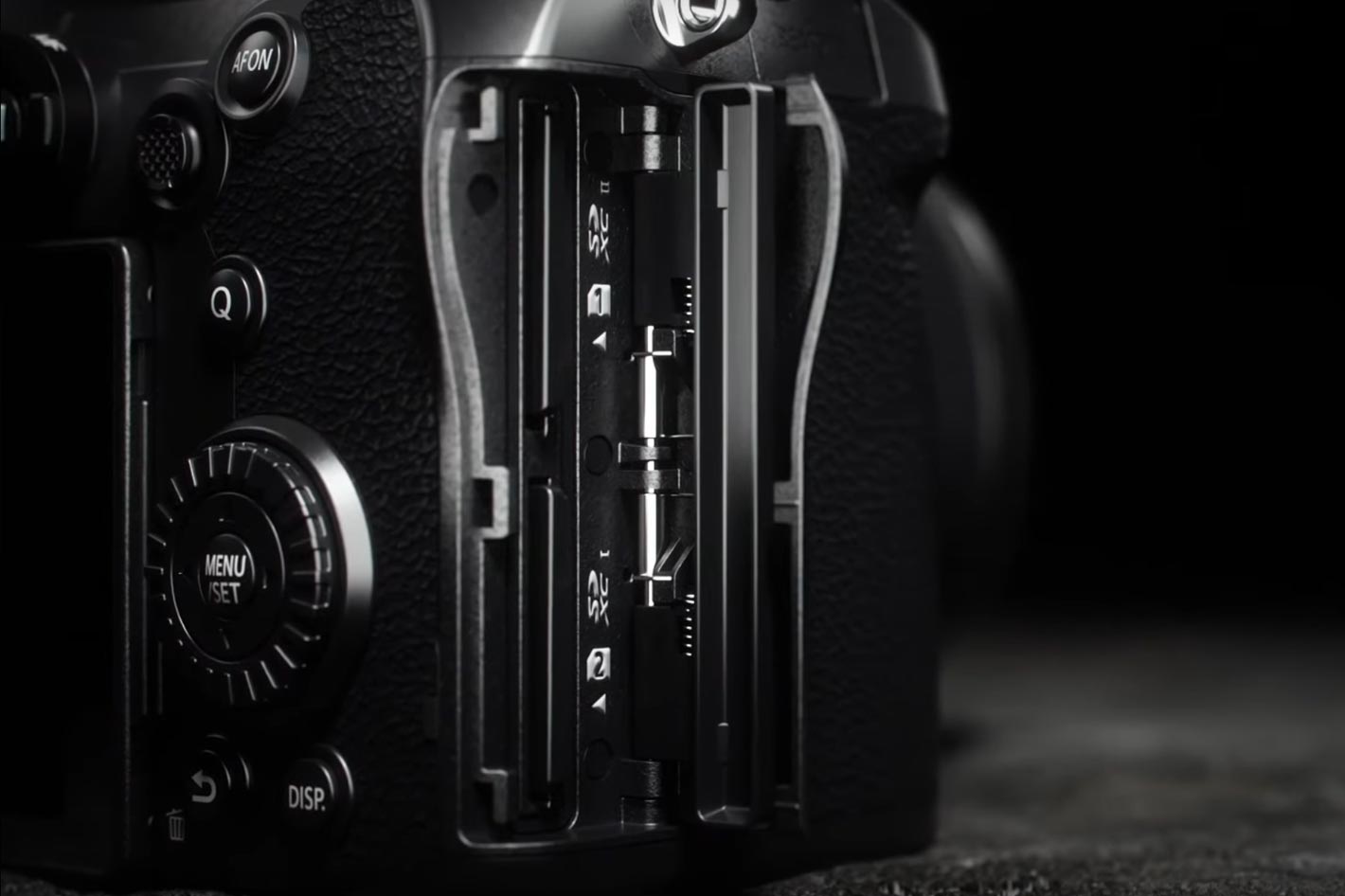 A 3.0-inch free-angle LCD in 3:2 aspect with 1,840K-dot high resolution provides touch control. Composition during recording in various popular aspect ratios such as 16:9, 4:3, 1:1, 4:5, 5:4 and 9:16 can be checked with the Frame Marker function. The REC Frame Indicator identifies whether the camera is recording or not.

The LUMIX S5 has a double SD Memory Card slot. One slot complies with UHS-I and the other with the high-speed, high-capacity UHS-II (Video Class 90). The camera’s battery can be recharged either via AC or USB according to the user’s convenience.

Compatibility with Bluetooth 4.2 (called BLE: Bluetooth Low Energy) enables constant connection with a smartphone/tablet with minimum power consumption. The settings of a LUMIX S5 camera can also be copied and transmitted wirelessly to other S5 cameras when using multiple S5 cameras. Wi-Fi 5-GHz (IEEE802.11ac) also is effective in addition to 2.4-GHz (IEEE802.11b/g/n.) This provides secure and stable connection on location for smooth remote control and high-speed data transfer. 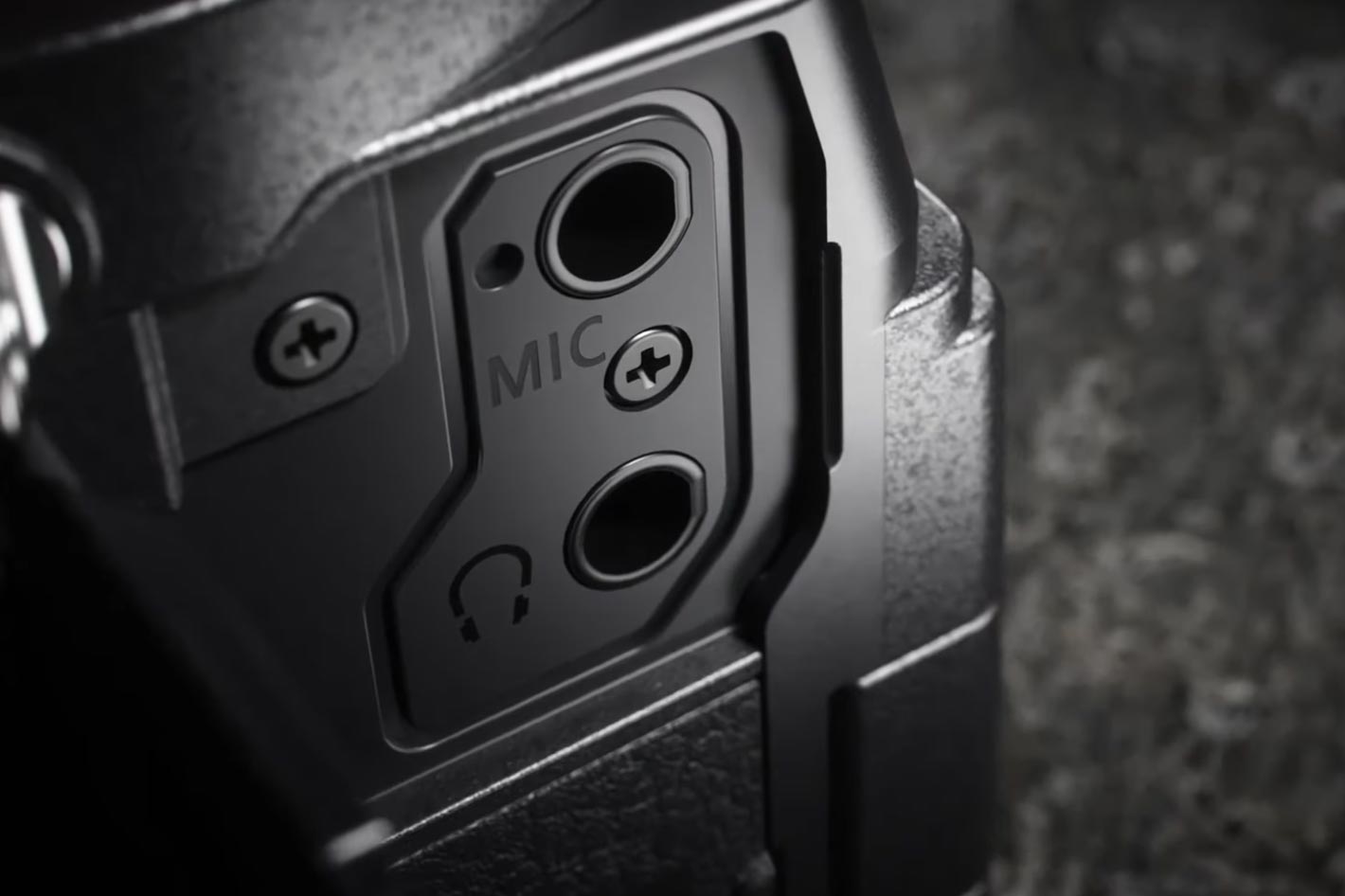 5.9K RAW video over HDMI is next

A variety of accessories can be used for the LUMIX S5 to enhance its usability and convenience. Microphone Adaptor (DMW-XLR1) is a plug-in type adaptor for an XLR microphone to record high-quality stereo sound. It is ideal for lip-sync recording. Dedicated switches allow direct, quick control. MIC, LINE and CONDENSER MICROPHONES are switchable. Battery Grip (DMW-BGS5) allows approximately 940 pictures (using the LVF) / 3000 pictures (in Power Save LVF mode) with an extra battery inside the grip. More accessories such as Remote Shutter (DMW-RS2), DC coupler (DMW-DCC17), Tripod Grip (DMW-SHGR1) are available.

Application software LUMIX Tether enables tethered shooting via USB. Users can control the camera by connecting it to a PC via USB. It lets them view the image on a large PC screen while shooting. For live streaming, LUMIX Tether for Streaming (Beta) with LIVE VIEW mode can be used.

The LUMIX Sync application for iOS/Android devices enables photo transmission to a smartphone or a tablet via easy wireless connection. It also allows remote control of the camera using these devices.

To further enhance its performance, a firmware update is scheduled for the LUMIX S5 by the end of 2020. In addition to C4K video recording, it will support RAW video data output to ATOMOS NINJA V over HDMI at a resolution of 5.9K (5888×3312) 29.97p/25p, 4K(4128×2176) 59.94p/50p and Anamorphic 3.5K (3536×2656)/50p. A variety of video recording assist functions such as the Vector Scope Display, Master Pedestal Adjustment and SS/Gain Operation(SEC/ISO, ANGLE/ISO, SEC/dB) will also be available. L.MonochromeS and L.ClassicNeo are the new options to be added for Photo Style. 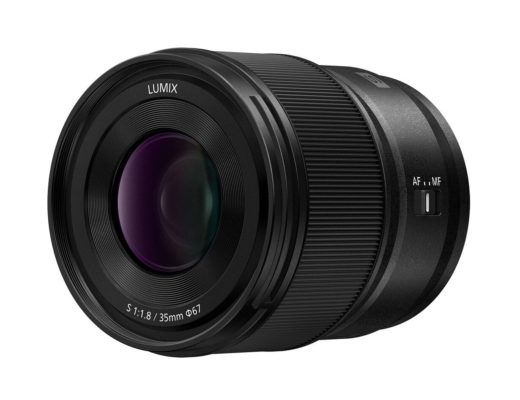 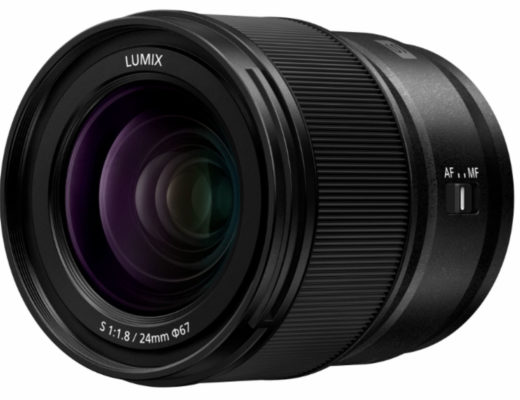 Designed with gimbal use in mind, able to suppress focus breathing and with a micro-step aperture control for smooth...