Panasonic introduced a new large-aperture wide fixed focal length lens as the fourth addition to the series of four F1.8 large-aperture lenses based on the L-Mount system standard. 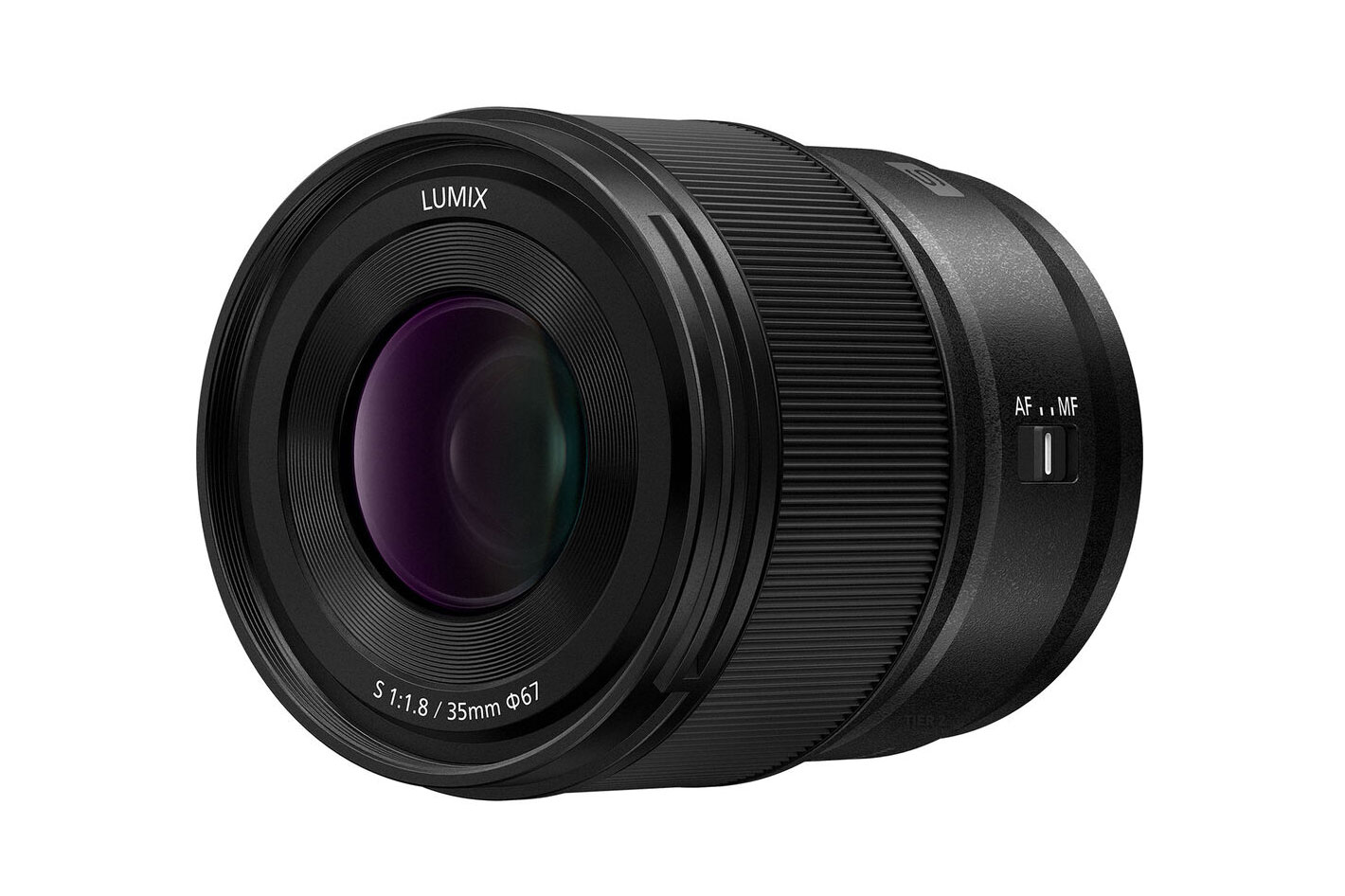 With the introduction of the LUMIX S 35mm F1.8 (S-S35) for the LUMIX S Series, Panasonic now offers a total of four F1.8 fixed focal length lenses from the LUMIX S Series including 85mm (S-S85), 50mm (S-S50), 24mm (S-S24) and the new 35mm (S-S35) lens. The quartet features a common size and position of control parts to provide practical advantages in use. The center of gravity of these lenses is comparable, allowing easy and quick exchanging of lenses with minimum balance adjustment when the camera is on a gimbal. Consistent diameter also enables the use of common filters, and users will benefit from its descriptive performance.

While the LUMIX S 35mm F1.8 is a compact, lightweight solution that photographers will want to have in their kit, as this large-aperture wide fixed focal length lens is suitable for anything from landscapes, snapshots and portraits to high-quality close-ups, thanks to its minimum focusing distance of 0.24m, videographers will also appreciate the versatility of the lens, which Panasonic says “excels in video recording performance with a mechanism that suppresses focus breathing, which was a fatal problem of all interchangeable lenses designed for still image photography. Together with a micro-step aperture control for smooth exposure change, the lens achieves professional quality video recording.”

The LUMIX S 35mm F1.8 is comprised of eleven lens elements in nine groups including three aspherical lenses and three ED (Extra-Low Dispersion) lenses. The use of three aspherical lenses realizes both high descriptive performance and beautiful bokeh, which are common advantages to the series of all F1.8 lenses. The ED lenses also effectively suppress chromatic aberration. 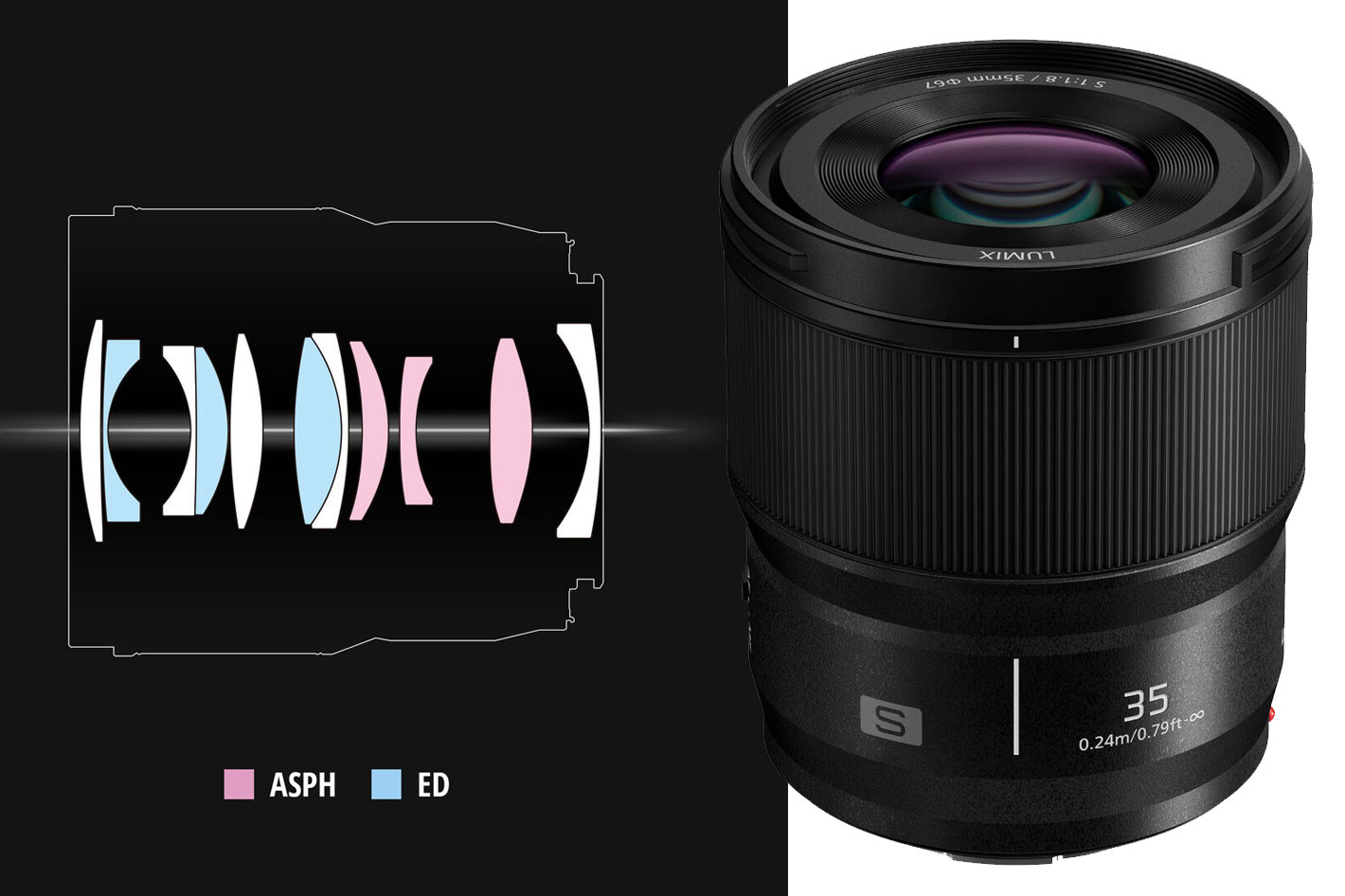 The LUMIX S 35mm F1.8 is capable of smooth, silent operation, working with the camera’s high-speed, high-precision contrast AF system with the sensor drive at max.240 fps. For the non-linear setting, focus is shifted with a variable amount according to the rotation speed of the focus ring, while focus is shifted with a designated amount according to the rotational quantum of the focus ring for the linear setting. Panasonic says that “sensitivity, or the amount of focus shift per rotational quantum, can be selected from 90 to 360 degrees by 30 degrees to enable intended focus operation.”

With its approximately 295g compact size and light weight, the LUMIX S 35mm F1.8 features stunning mobility to fit the S5, LUMIX’s smallest full-frame model. The rugged dust/splash-resistant design withstands use under harsh conditions even at 10 degrees below zero for high mobility. The filter diameter is 67 mm, with a 9-blade circular aperture diaphragm. One important note: Dust and Splash Resistant does not guarantee that damage will not occur if this lens is subjected to direct contact with dust and water. 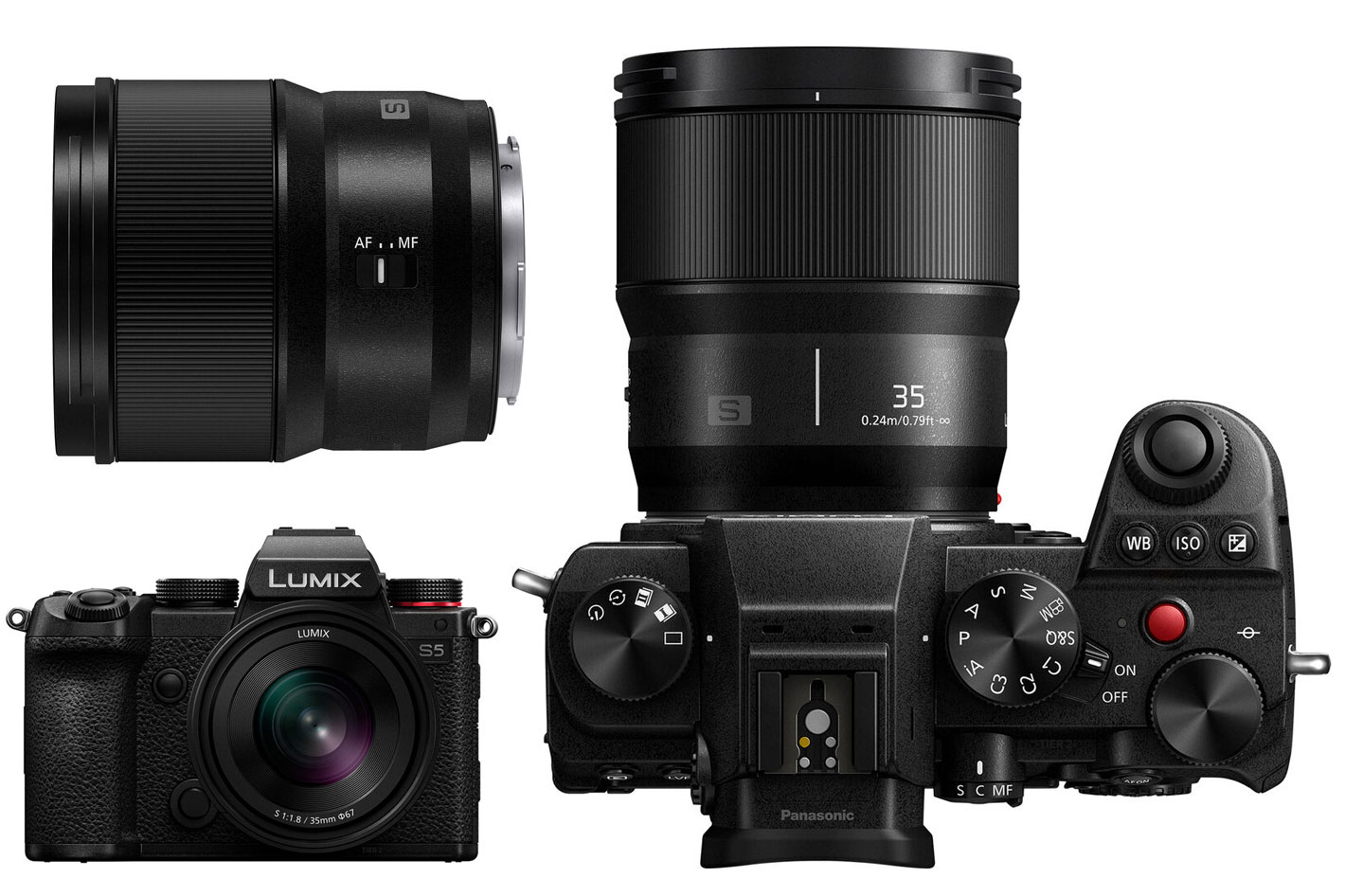 With the new lens and the announcement of the new 18 mm ultra wide, along with the firmware updates, Panasonic confirms its commitment to further expansion of L-Mount lens lineup, as well as the enhancement of performance, to fulfill the needs and maximize satisfaction of customers. 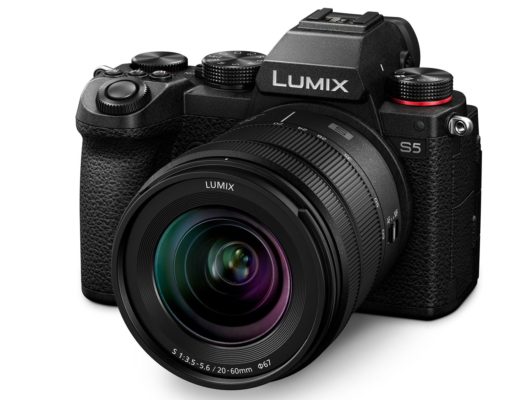 The new hybrid full-frame mirrorless camera from Panasonic, the LUMIX S5 has a a 24.2-megapixel full-frame CMOS sensor and... 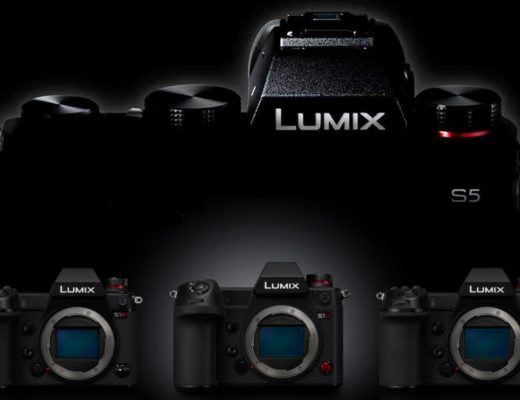 The new camera in the LUMIX S family will be officially unveiled during an online launch event, Panasonic revealed...