Introduced this month in North America, the LG WING boasts a unique form factor that presents consumers with new and compellingly different mobile experiences. Will it become the standard? 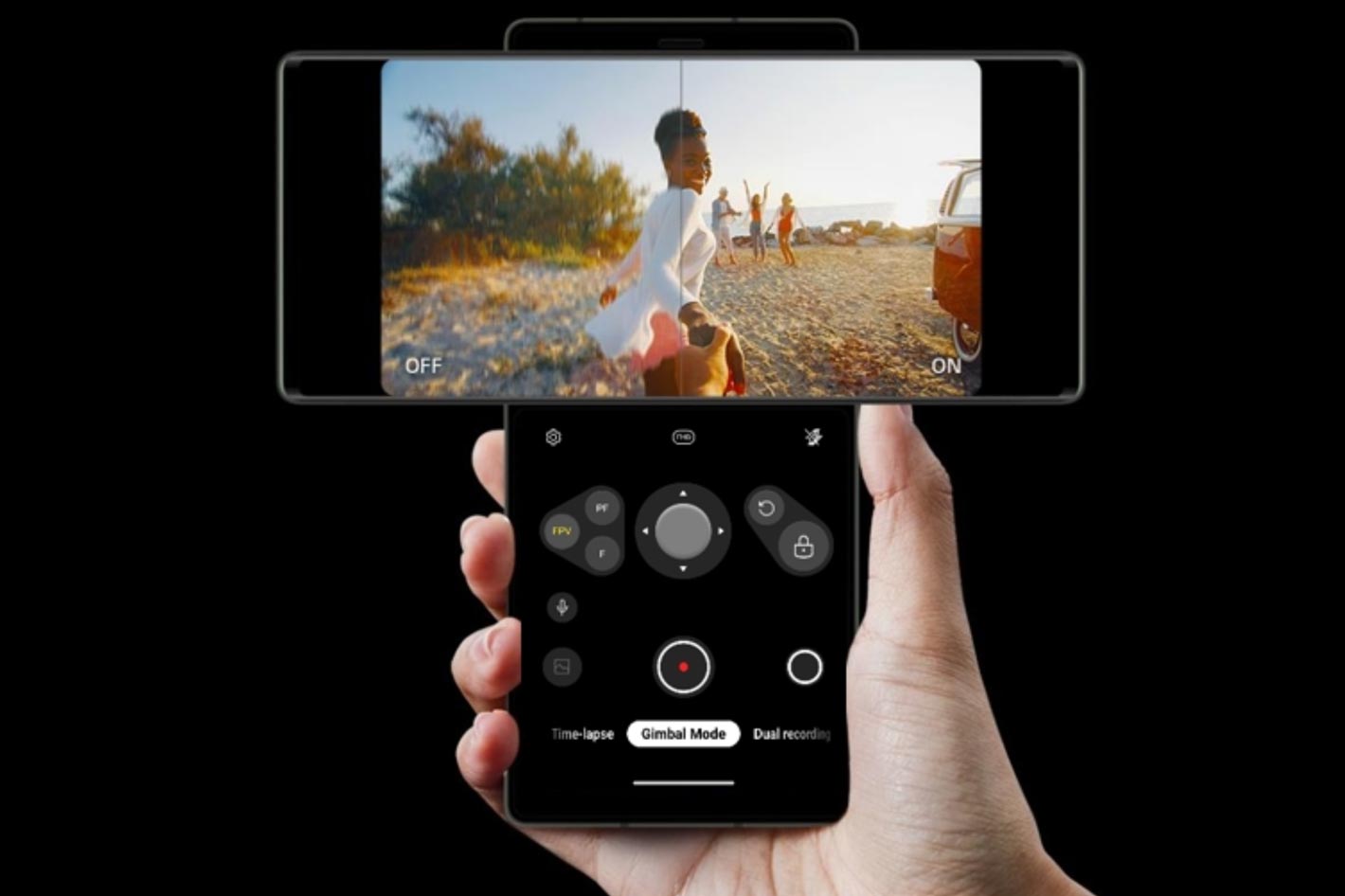 Smartphones with large screens are an invitation for filmmakers, but the LG WING is a different take on the larger screen concept: its screen swivels up 90-degrees to reveal another screen.

The LG WING was introduced last September as offering the “world’s first gimbal feature in a phone with superb video recording”, and in terms of photography and video, the handset features everything needed to satisfy those willing to pay its high-price. The smartphone boasts three rear cameras – a 64MP Ultra High Resolution OIS Wide, 12MP Ultra Wide Big Pixel and 13MP Wide, and it also enables dual recording using a 32MP pop-up camera and one of the phone’s rear cameras simultaneously.

The results of that unique mode can be saved together in a single file, or in two separate files with the aspect ratio set to either 1:1 or 16:9. Now, to achieve that the LG WING uses one feature that is unique to this new product from LG: out of the box, it looks like a conventional, modern smartphone, but with  a flick of the thumb, the front of the phone swivels up 90-degrees to reveal another screen, which opens up a whole host of new possibilities not available in other models. 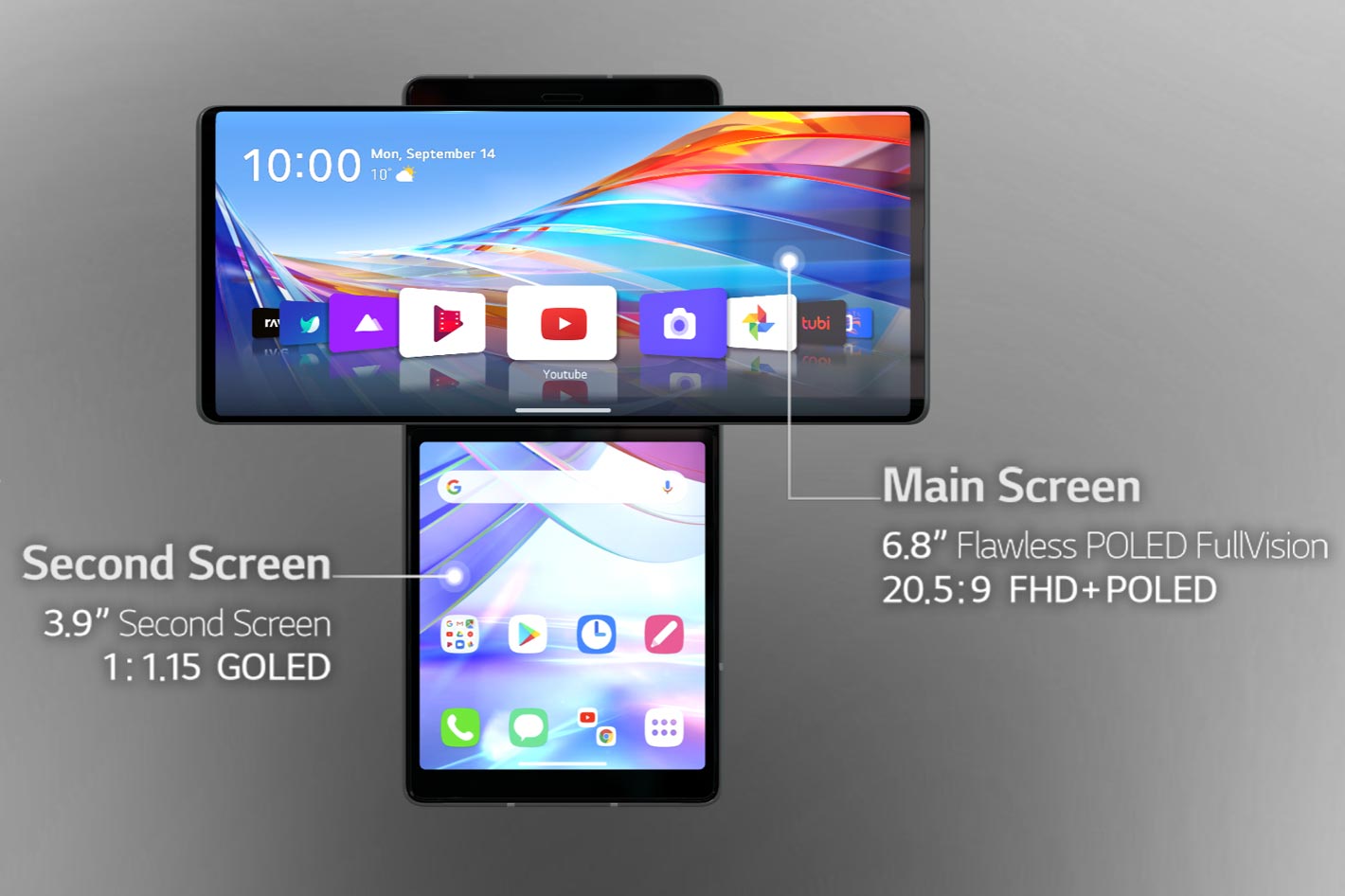 The LG WING was designed with a goal: to offer uninterrupted, immersive mobile viewing experience. Large-screen handsets together with on-demand streaming platforms and high-speed internet has changed the way people consume content and the ubiquitous smartphone, now in its second decade of existence, provides the view-anywhere experience that TVs never could. Now, there is a problem: if you’re always connected, notifications have gotten out of hand. Nothing puts the brakes on an immersive viewing experience like a constant stream of notifications that appear every few seconds over your favorite program. 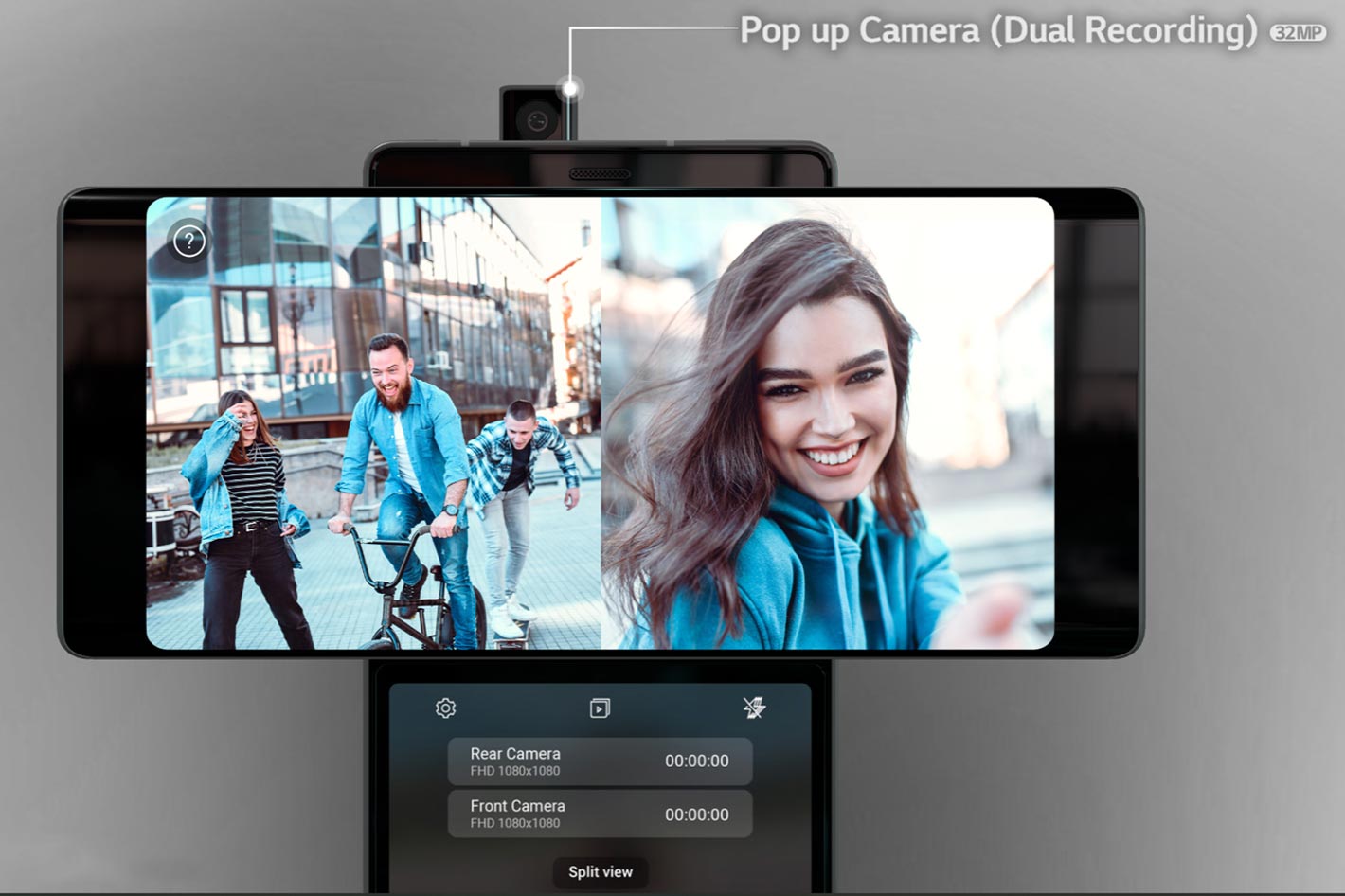 That’s where the LG WING makes the difference. With this smartphone you need never suffer from pop-ups blocking your view again, as all alerts can easily be shifted to the 3.9-inch Second Screen – keeping the spacious 6.8-inch FHD+ 20.5:9 aspect ratio Main Screen free for uninterrupted content enjoyment. What’s more, there’s no notch or punch hole thanks to the clever 32MP Pop Up Camera that remains hidden from sight until needed.

The design of the LG WING aims to allow users to watch content in all its glory. In Basic Mode the LG WING is like any other smartphone, but in Swivel Mode, when the entire front of the phone rotates clockwise 90 degrees, the second screen unlocks new usability and new possibilities to explore –  a single application can be expanded to both screens or two applications can be displayed simultaneously, one on each display.

The swivel function is also something photographers and filmmakers will appreciate, as all controls can be moved to the second screen, leaving the image area free of clutter. No longer do you have to keep touching the screen over the image to adjust controls, as everything is now visible in a new interface that also acts as a grip allowing providing a more stable and ergonomic way to hold your smartphone when capturing stills or video. What’s more, if you receive a call while you’re using the main screen, you can reply using the controls on the second screen. 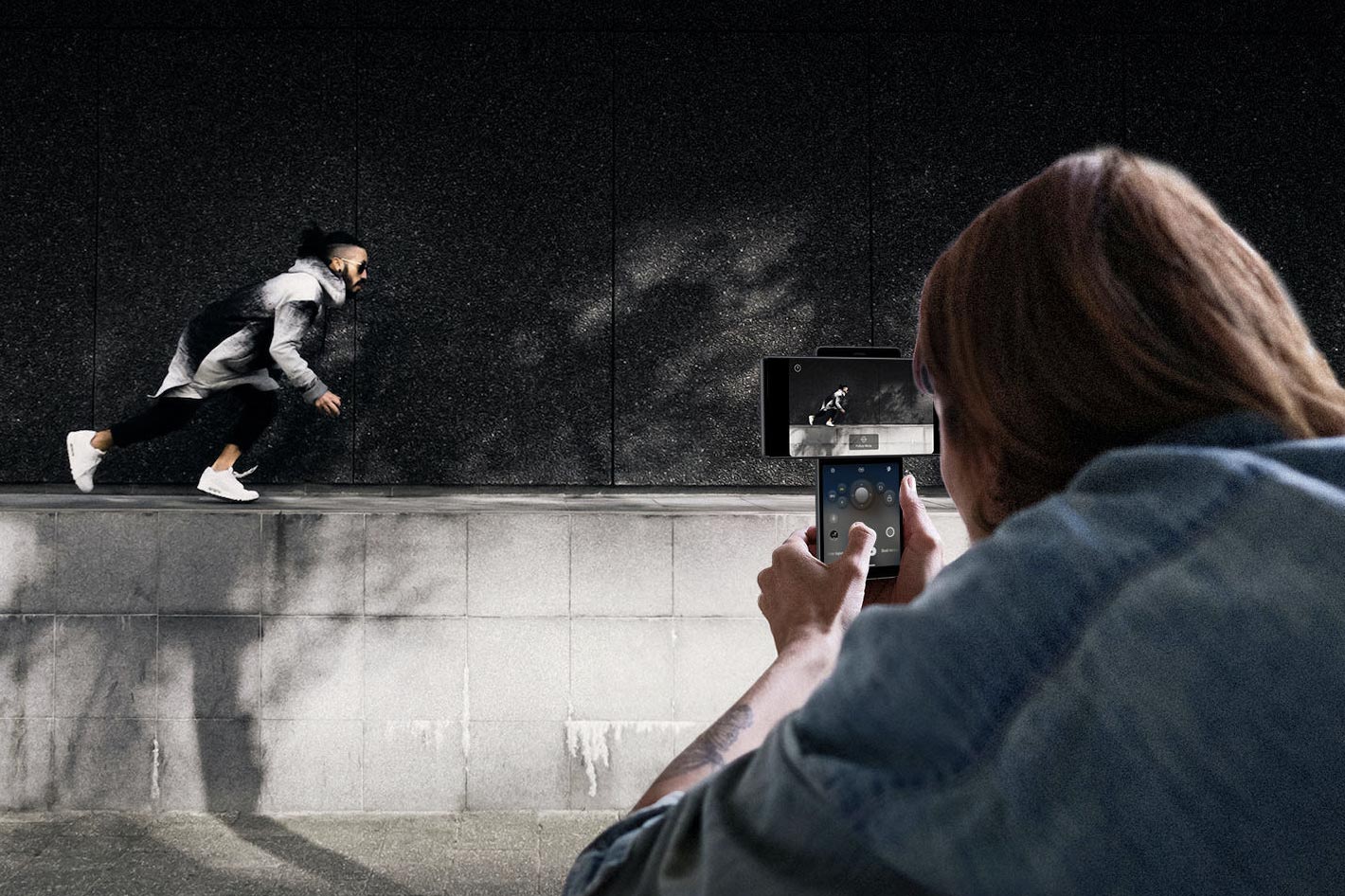 A gimbal for smoother video

With the Gimbal Motion Camera, the world’s first in a smartphone, says LG, the seconds screen becomes a convenient grip, providing the stability needed to capture clearer shots and smooth video footage in horizontal mode with one hand, normally difficult to accomplish with conventional bar-type smartphones. The gimbal utilizes six motion sensors in the phone to allow creators the ability to capture smoother, steadier videos and pictures.

LG WING offers functions typically found only on a real gimbal, just as a joystick for controlling the camera angle, a lock to reduce shakes and blurring, a follow mode for smoother videos when moving, pan follow for horizontal movement with minimal up and down shake, and first person view mode for capturing rhythmic and dynamic movements. 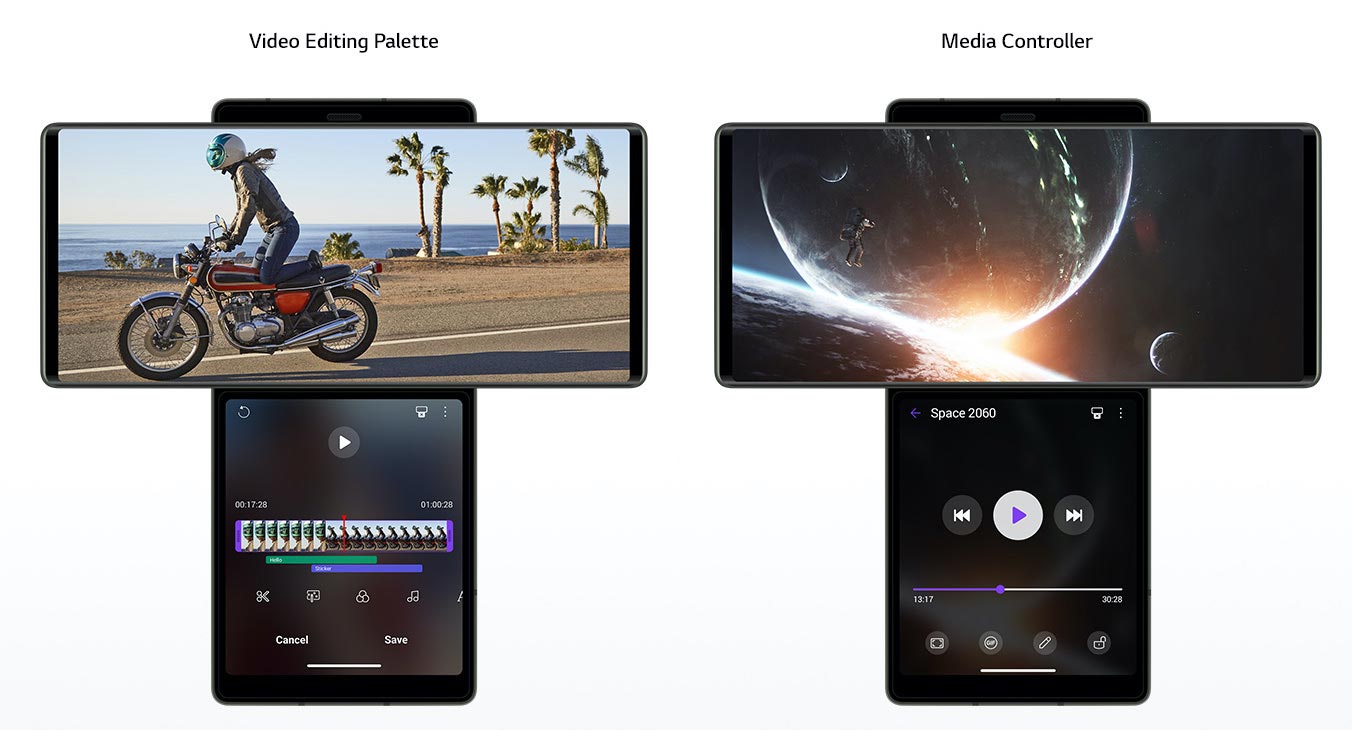 It’s not just about capturing images, though, because the Second Screen can be used as a dedicated editing palette while the video or photo is displayed on the Main Screen. LG WING also comes with LG Creator’s Kit, a collection of advanced imaging solutions including Timelapse Control, Voice Bokeh and ASMR Recording. Now we just need software companies to write their apps in ways that explore the features the LG WING offers. 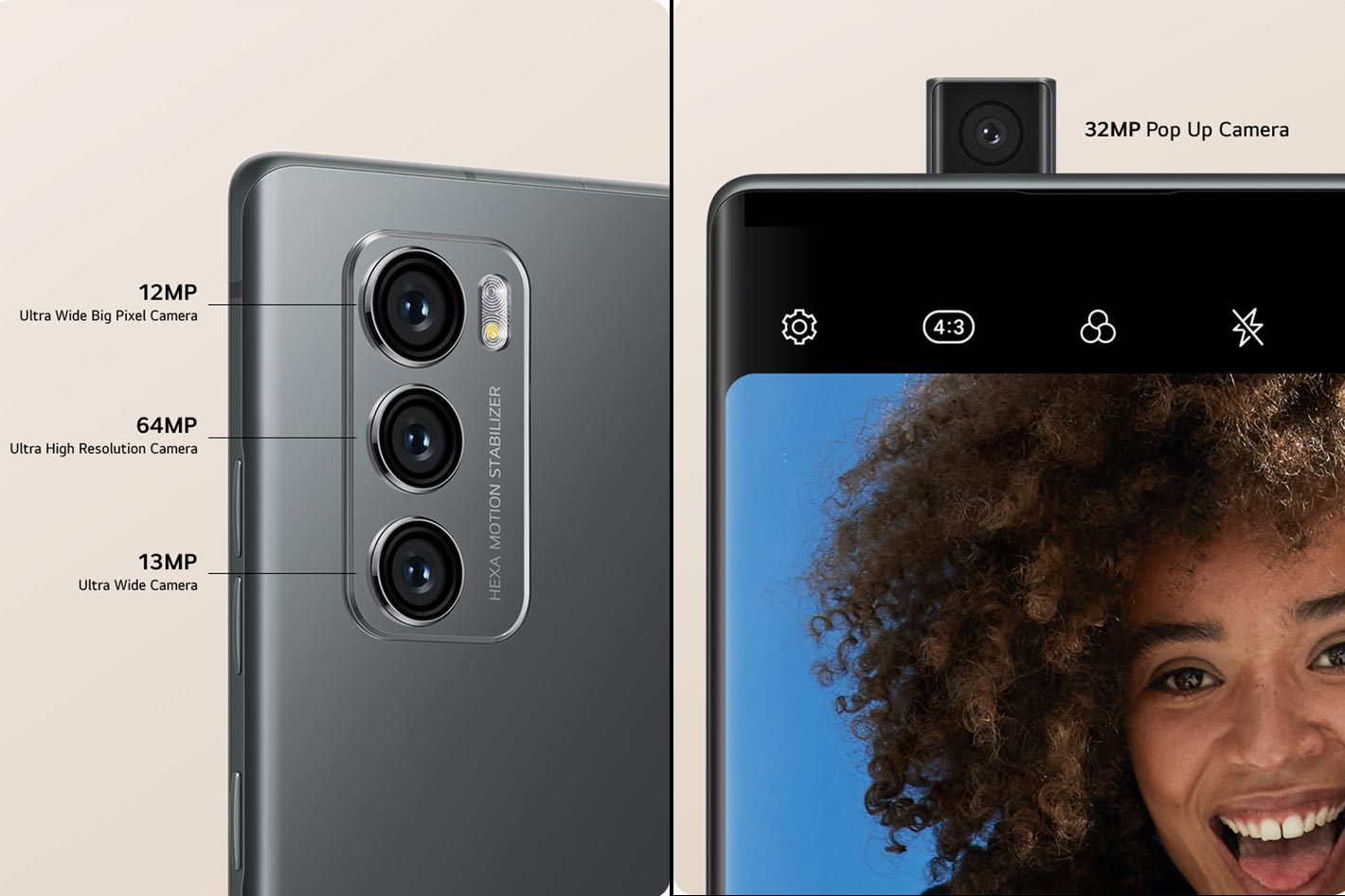 The LG WING comes with a large 4,000 mAh battery provides enough fuel to multitask all day long. The device has 8 GB of memory and 256 GB of storage so you can keep all your photos, content and apps in one place for easy access. The LG WING is available for a retail price of $999.99.