Canon’s new video about their lenses is an interesting lesson on glass technology, whether you use Canon or not. Have a look. 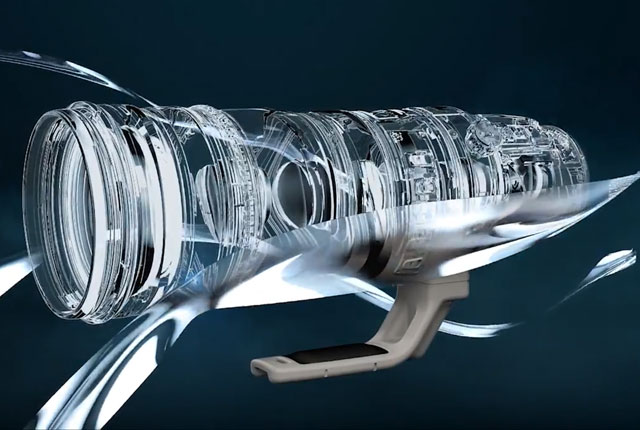 Do you know all about your lenses? Are you aware of the technologies recently applied in the design of lenses? Take 12 minutes of your time and discover what Canon does with their glass for you to have better images.

The recent video from Canon, published on the 8th of January, under the title “EF Lens Technology Canon Product” is a marketing product, no doubt, but many of the technology mentionned there is also available on other brands, so forget the marketing side of this presentation and let yourself be amazed with the evolution of lenses and what those creating them still expect to offer us, photographers and videographers, in the future.

This video continues to promote the celebration of the production of Canon’s 100 millionth EF interchangeable lens for EOS cameras, in April 2014. Production of interchangeable EF lenses for Canon EOS-series AF (autofocus) single-lens reflex cameras began in 1987 at the Company's Utsunomiya Plant, which continues to play a central role in Canon’s lens manufacturing operations. In May 2013, EF lens production surpassed the 90-million-unit mark and almost one year later the company commemorated its first-in-the-world achievement of having manufactured 100 million lenses.

Canon's proprietary EF lenses, launched in March 1987 along with the EOS SLR camera system, have continued to evolve since their introduction, leading the industry through the incorporation of a wide range of innovative technologies, including such world's firsts as the Ultrasonic Motor (USM), Image Stabilizer (IS) technology, and a multi-layered diffractive optical (DO) element. In May 2013, aiming to further expand the realm of photographic expression, the company introduced the EF200-400mm f/4L IS USM Extender 1.4x, the world's first super-telephoto zoom lens with a built-in 1.4x extender that makes possible a 200-560 mm focal length range.

In recent years, in addition to renewing such models as super-telephoto lenses ideal for sports and nature photography along with zoom lenses that offer a bright f/2.8 maximum aperture throughout the entire zoom range, Canon has launched multiple entry-class interchangeable lenses equipped with a stepping motor (STM) that delivers smooth and quiet autofocus performance during video recording. As a result, the Company's extensive EF lens-series lineup currently comprises close to 100 models. In addition to enhancing its lens offerings, Canon has expanded the optical technologies incorporated in its EF lenses into new fields, launching EF Cinema Lenses for digital cinematography in January 2012, and EF-M lenses for compact-system cameras in September 2012. 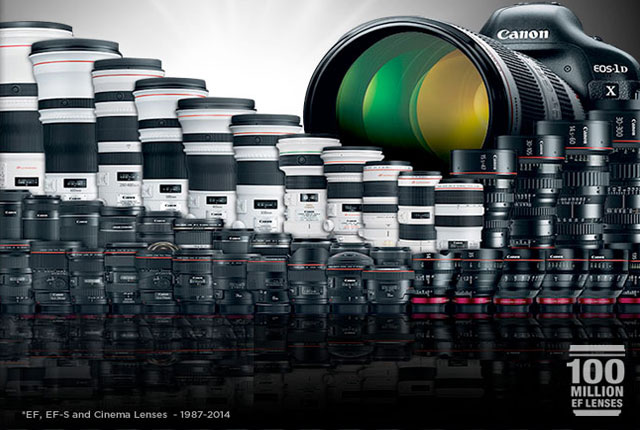 Furthermore, during the 11-year period from 2003 to 2013, Canon maintained the No. 1 share worldwide within the interchangeable-lens digital camera market and, in February 2014, marked another manufacturing milestone as combined production of its film and digital EOS-series interchangeable-lens cameras surpassed the 70-million-unit mark.

Canon will continue refining its diverse imaging technologies based on its core optical technologies, striving to produce exceptional and reliable lenses and cameras that cater to the varying needs of photographers—from first-time users to advanced amateurs and professionals—while contributing to expanding the photographic and video imaging culture. Recently the company created a website dedicated to lenses, the Glass First: It all Begins With Glass offering information about lenses for Cinematography, Videography, Broadcast and Photography.