Selective Bokeh is the fun special effect of extreme out of focus blur in just the places you want it. Here’s how to make the Lens Baby effect in seconds, with the power of Photoshop Layers. 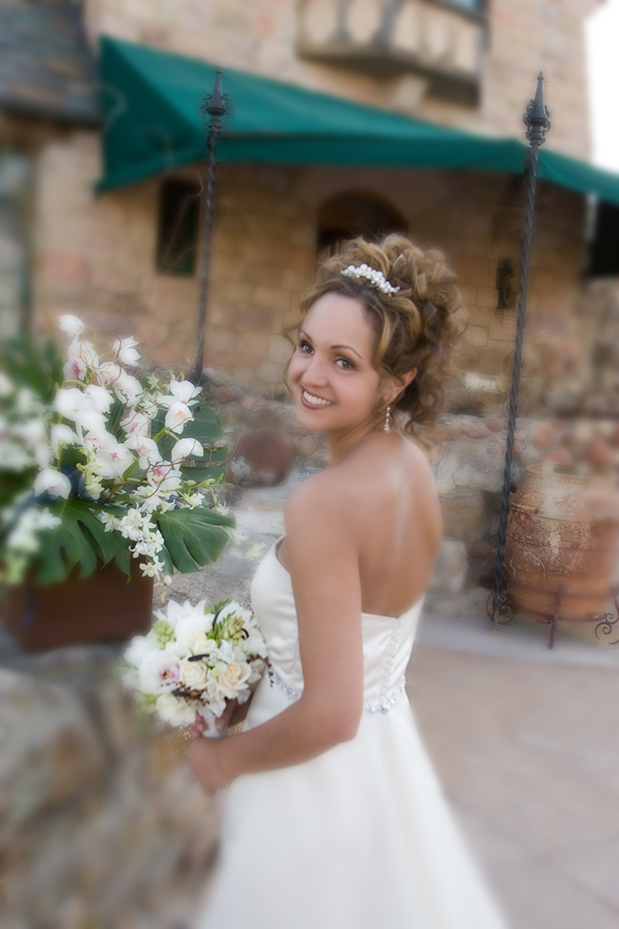 The reward you’re looking for is intriguing, selective Bokeh that often improves impact and design, while de-emphasizing the setting to make the subject stand out. I like camera gadgets as much as anyone, but the nature of my photojournalistic-speed jobs dictates that I almost always must create effects in post. It actually takes less time and effort, and you can change your mind artistically as often as you want. You’ll be saving precious minutes, while otherwise your client hangs around in front of the camera wondering if you’re ever going to stop fiddling with your gear and take the picture.

You know the trend among high budget weddings and events seems to be tighter scheduling and higher expectations of the photographer as miracle worker. Attracted by the idea of little time expended with traditional posing and fewer worries about having to interact with the photographer, these people are often the ones who choose the most interesting hands-off photojournalistic style to document their day. Mostly they just don’t hold still for the camera and demand the photographer be discrete to the point of anonymity.

Here’s the step-by-step formula easily compete in less than a minute.

At this point I crop and size for final output, to avoid accidentally eliminating the blur effect by cropping later. I also sharpen for output, and selectively give extra sharpening to any areas, like eyes. You definitely don’t want to sharpen after you blur! (Of course with today’s high MP capture, I know many photographers who don’t sharpen at all, relying on their lab’s sharpening protocol to get the best prints.) I recommend saving another version at this point.

Always err on the more blur side, since you can easily reduce the effect by lowering the opacity of the blur layer. I use this setting so often that I wrote an action that performs the initial steps automatically, but pauses to allow me to vary the amount to taste. 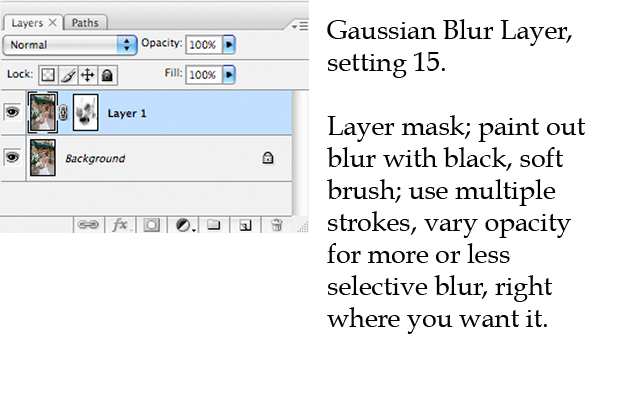 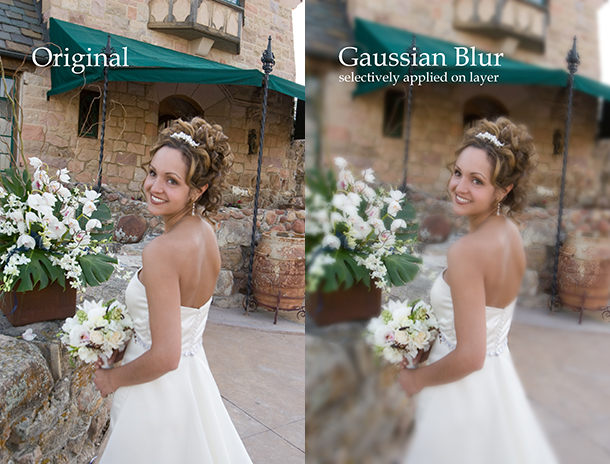 This is where your artistic vision comes in. Paint several times over areas that you want sharper, which results in a gradated effect. Paint irregularly and experiment with halation that can result serendipitously from blurring. The mask will show various tones of grey, representing the areas of the blur layer that have been punched through revealing the original underneath. If you make a false stroke, change the color picker to white to paint blur back in.

Flatten and save as a final version file type you prefer, ready to print. If you think you may want to rework any phase of the art, save as a Photoshop document PSD, preserving layers in tact. 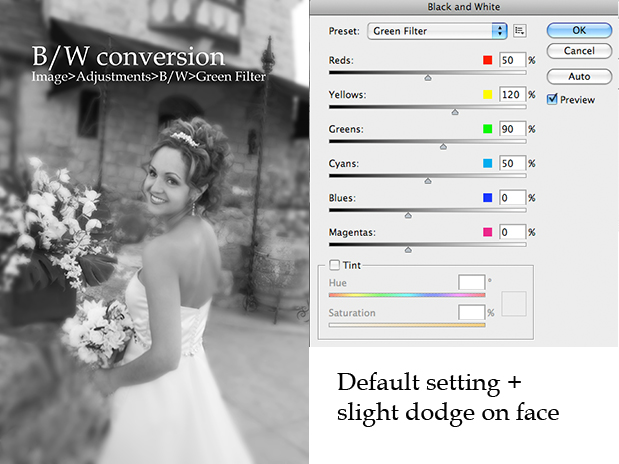 If you’re not sure how far to go with the Lens Baby Look Alike effect, trust your monitor at 100%. Fortunately blurring for effect is an inexact science and a bit more or less blur will probably will make little difference in the artistic result so long as something in the image is acceptably sharp. The best part is that the entire process of selective blur can take as little as a minute.