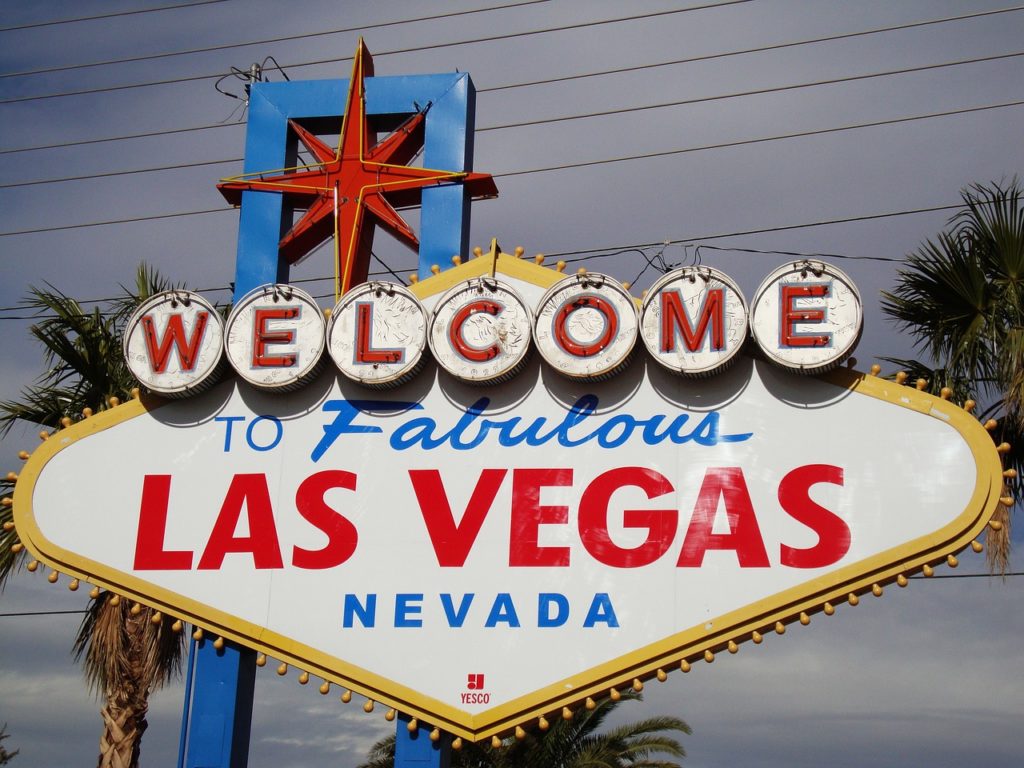 In part one of this series, I gave an overview of the current film and television scene in Las Vegas, that gambling and entertainment mecca in the Nevada desert that is increasingly becoming a busy production hub for the industry. And although Vegas can rightfully hold court as both a popular destination and a thriving home base for media professionals, content creators, et al, it surely doesn’t end with narrative feature films or dramatic and reality episodic series.

“The city that never sleeps” is also a humming center for documentary films,  commercials and advertising spots, and coverage of live entertainment and sporting events.  The action on all of these fronts is full and steady, and rounds out the full production landscape that is making Las Vegas more and more a “media” town in 2022.

One of the most successful and artistically challenging documentary houses in Las Vegas is Paradise Filmworks International.  Founded by producer-director Paula Fouce, Paradise has been producing top-flight, award-winning documentaries for years, including “Not in God’s Name,” about the Dalai Lama, and “No Asylum,” exploring an unturned page in the story of WWII’s heroic Anne Frank.

Just last year, Ms. Fouce produced and directed “The Dark Hobby,” a beautifully shot underwater expose of how the aquarium trade has placed several species of colorful exotic fish on the verge of extinction.  And set for release this year is the rest of this visually stunning but heartbreaking story, “Aquariums: The Dark Hobby.”  DP Evan Spencer Brace and his crew created the striking imagery for both films with Sony EX3 cameras.

Jeremy Settles, the Las Vegas independent producer and founder of Got Films, has been at work for some time now on a riveting documentary on the effect of the Covid pandemic on the city for the past two years.  Entitled “Closing Las Vegas,” the documentary dramatically illustrates the monumental “shutting down” of Las Vegas in March of 2020, at the start of the crisis, and shows the widespread ramifications of the closing of such a world famous tourist, gambling, and entertainment center on corporations, employees, visitors, and the “bottom line.”

The film covers the three-month shutdown of Vegas from March to June, 2020, the welcomed re-opening of the city, and the fortunes of the desert mecca in the last two years since the town returned to business.

The shots of a bustling Vegas countered with a series of shots of a quiet, still, almost dead Las Vegas at the start of the film make for a compelling opening to the documentary, just as the reverse equation of going from silence and lifelessness to the customary pomp and circumstance of Las Vegas back at play is equaling eye-catching and attention-grabbing at the conclusion of this challenging, but ultimately inspiring, cinematic study of a real-life, true-story the likes of which Las Vegas, or the world, has ever seen.

“Closing Las Vegas” should be ready for distribution soon.  Producer-director Settles used Arri and drone cameras and lighting to capture the unforgettable images that dress the film throughout.

Another standout documentarian in Las Vegas is director/cinematographer T.J. Penton of Shokunin 21 Films. A former music engineer who has made several narrative short films, he has also directed and shot several nature environmental documentaries.

Commercial and advertising spots are also a big part of the Las Vegas production scene.  Some of the leading commercial houses are Five Star Creative, Knight Studios, and Aardvark Video and Media Productions.

Knight Studios is a full-service production company covering everything from cinema-style commercial production to HD live broadcasting, with multi-camera capabilities and state-of-the-art gear and equipment, including Red, Arri, and Black Magic.  Knight has only been in business for three years, but has already established a stellar reputation for quality, originality, and turning out singular spots on-time and on-budget.

Aardvark Video and Media Productions has over thirty years of experience serving individual business clients directly.  They pride themselves on being a full-service video production company, not just technicians, and their clients include Microsoft, IBM, Verizon, QVC, and Samsung.  Aardvark has a trainload of equipment with over thirty cameras for HD and 4K, drones, live streaming, audio and lighting, Sony and Panasonic cameras, and much more.

When it comes to coverage of live events, E-Planet Media of Las Vegas has been a leading pacesetter in live internet broadcasting for over a decade.  Live events, big or small, from single to multiple camera, with top-notch staging, lighting, audio, projection, and distribution.

And our friend Jeremy Settles of Got Films is also very busy doing video shoots of live events in Vegas, including NASCAR racing events, sporting events from wrestling to boxing, and live coverage of corporate and news events.

When you add it all up, it is clear that Las Vegas has become a full-fledged film and media town, and the sky’s the limit for the desert mecca in gambling, entertainment, and, of course, let’s not forget film and media production.  Lights, Camera, Action!