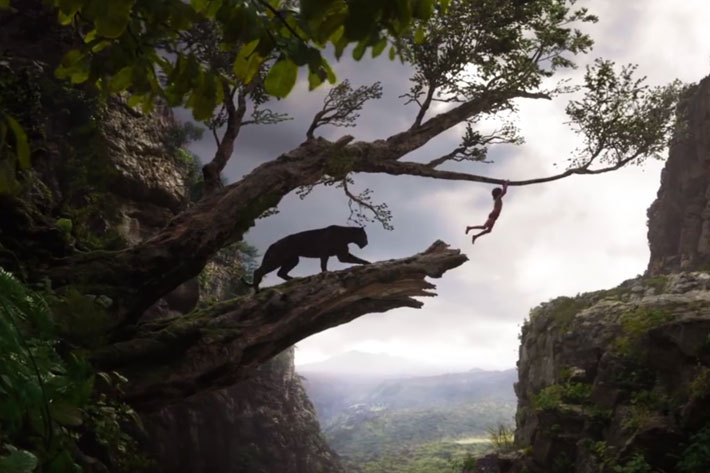 Tuesday, April 29,  discover how next generation filmmaking meets archetypal storytelling in director Jon Favreau’s adaptation of The Jungle Book, through a conference at the Las Vegas Convention Center.

“The Jungle Book”: New Technology Meets Classic Storytelling is the title of the conference at NAB 2016. To learn more about The Jungle Book in person, join VFX supervisor Rob Legato, ASC, Technicolor colorist Mike Sowa, and Disney producer Brigham Taylor as they discuss the huge achievement that is director Jon Favreau’s The Jungle Book.  The session will be moderated by ICG Magazine editor, David Geffner.

The film pays tribute to the original Disney 1967 animated classic, while also providing an homage to author Rudyard Kipling’s original children’s story. This innovative project will likely carve out its own influential niche for its technologically complex methodology.  There is even a document on Technicolor’s website that you can download to know more: The Jungle Book Case Study.

To help create the film’s seamless blend of live-action photography and photorealistic CGI animals and environments, two-time Academy Award winner Rob Legato designed, a new virtual production process that bridged analogue filmmaking with the latest in real-time digital rendering and playback. The VFX team prepared TechViz for the live action departments (grips, art department, etc.) and used classic artistic techniques to bring the jungle animals to life. Hear firsthand from the cinematic artisans behind the project that Disney President of Production Sean Bailey called “one of the most technologically advanced movies ever made.”

The results have surpassed everything expected, it seems, and there is an enthusiastic curiosity around the film from people of all ages. Todd McCarthy, veteran film critic and historian, in his review of director Jon Favreau’s adaptation of Rudyard Kipling’s The Jungle Book wrote that “…the visual effects team led by Robert Legato and (MPC’s) Adam Valdez has both created sumptuous settings that look as lifelike as any CGI ever presented in a studio feature and integrated both humans and animal characters in them in seamless ways.”

Directed by Jon Favreau (“Iron Man”), based on Rudyard Kipling’s timeless stories and inspired by Disney’s classic animated film, “The Jungle Book” is an all-new live-action epic adventure about Mowgli (newcomer Neel Sethi), a man-cub who’s been raised by a family of wolves. But Mowgli finds he is no longer welcome in the jungle when fearsome tiger Shere Khan (voice of Idris Elba), who bears the scars of Man, promises to eliminate what he sees as a threat. Urged to abandon the only home he’s ever known, Mowgli embarks on a captivating journey of self-discovery, guided by panther-turned-stern mentor Bagheera (voice of Ben Kingsley), and the free-spirited bear Baloo (voice of Bill Murray). Along the way, Mowgli encounters jungle creatures who don’t exactly have his best interests at heart, including Kaa (voice of Scarlett Johansson), a python whose seductive voice and gaze hypnotizes the man-cub, and the smooth-talking King Louie (voice of Christopher Walken), who tries to coerce Mowgli into giving up the secret to the elusive and deadly red flower: fire. The all-star cast also includes Lupita Nyong’o as the voice of the fiercely protective mother wolf Raksha, and Giancarlo Esposito as the voice of wolf pack’s alpha male Akela. “The Jungle Book” seamlessly blends live-action with photorealistic CGI animals and environments, using up-to-the-minute technology and storytelling techniques to immerse audiences in an enchanting and lush world.

Follow the link to know more about the conference at NAB 2016.