Jayse Hansen is a sought-after fictional UI designer and animator who learned his trade not in school, but through books and from other great designers. After working in print and web design, he taught himself Adobe After Effects and set his sights on a career in the film industry.

Jayse Hansen is a sought-after fictional UI designer and animator who learned his trade not in school, but through books and from other great designers. After working in print and web design, he taught himself Adobe After Effects and set his sights on a career in the film industry.

Ten years later with a string of blockbusters under his belt, including XMen Origins: Wolverine, Iron Man 3, Ender’s Game, and Robocop, he still enjoys the unique challenges each project presents. He now also consults with companies exploring augmented reality and virtual reality technologies that may someday make his amazing fictional creations available for real-world applications.

Adobe: How did you get your start in the film industry?
Hansen: I was doing motion design and commercial work when a friend of mine showed me his reel. It was full of film UI work and I thought that would be the most awesome job. A while later I booked a commercial for Intel and pitched the idea of including futuristic interfaces. I shared that work with my friend and he started referring me for jobs. It took a while to break into the film industry, but I eventually made it! 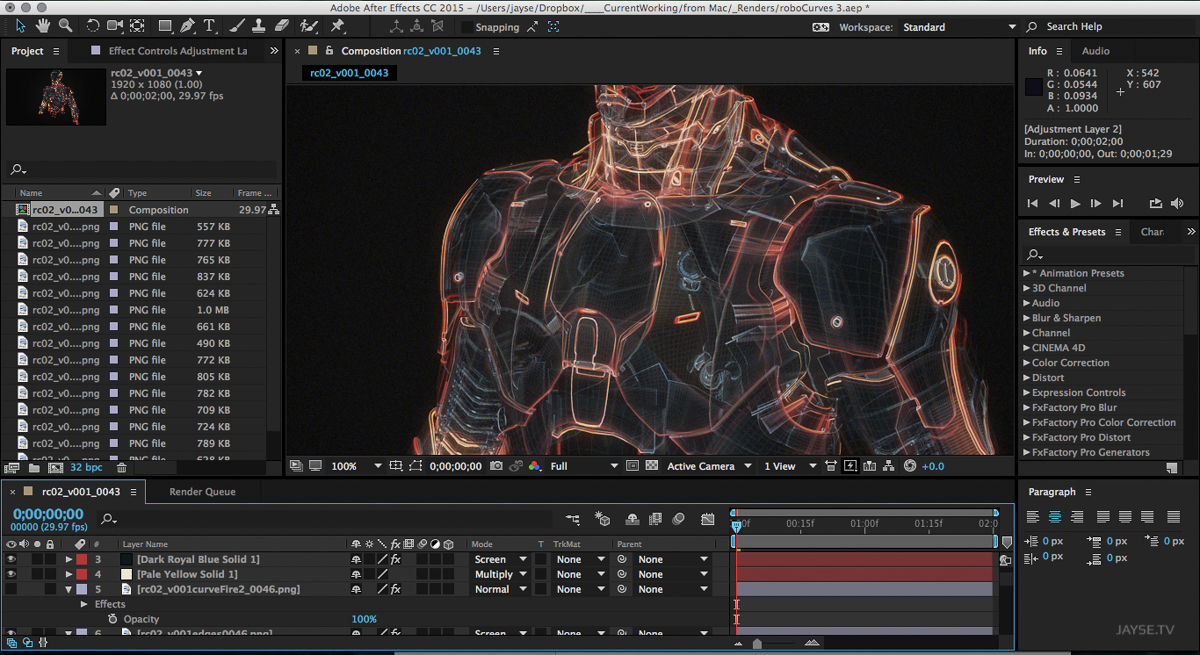 Adobe: How does your early love of design apply to what you do today?
Hansen: I’ve always liked drawing and photography—design is a combination of the two. When I was young I would create engineering drawings and blueprints that broke down the inside structure of things. Through photography I learned all about composition, color, and lighting. Both of those early explorations apply to the work I do now.

For example, when I’m compositing a holograph, such as a part of the Iron Man suit, it is transparent so I’m designing the inside structure and showing the breakdown of how it works. When I’m putting that into a shot and compositing, I’m thinking about the lighting, contrast, and composition. I put everything to work in After Effects and it is both artistic and technical at the same time. 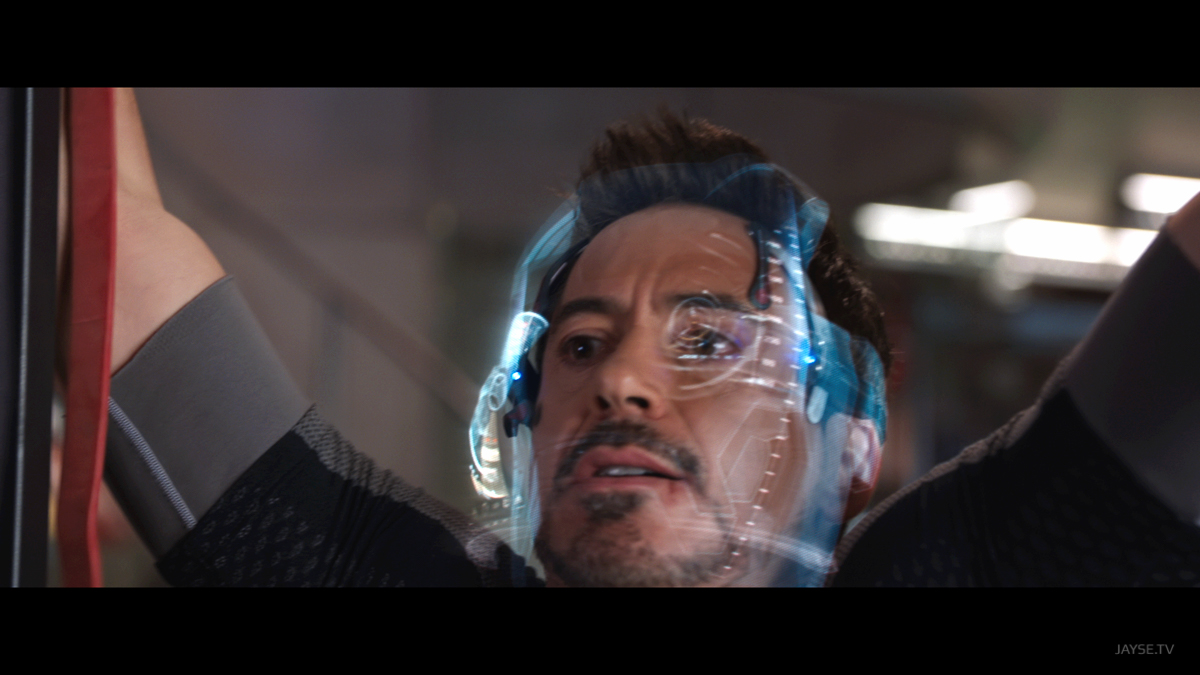 Adobe: What were some of your first projects?
Hansen: Trust is very important in the film industry. Everyone who is hiring is on the line, things move at a fast pace, and artists can sometimes be flakey. So I was very grateful when Gladys Tong at G-Creative took a chance and gave me a job working on XMen Origins: Wolverine and 2012. I created a few hero screens, which display full screen and tell a part of the story. It was cool that my first job was creating hero screens instead of something in the background that would get blurred out.

Along the way, I met Stephen Lawes and Sean Cushing at Cantina Creative. We struck up a friendship and that led to my working with them on Avengers and many other films. I still work with both studios today.

Adobe: Tell us about your work on The Hunger Games: Mockingjay 1 with Cantina Creative.
Hansen: I was involved on set in Atlanta while they were filming, using Adobe Illustrator and After Effects to create the graphics that played on the computer screens while they were filming. I talked to some old-school hackers to get ideas of what to show on some key analysis and hacking screens in the film. 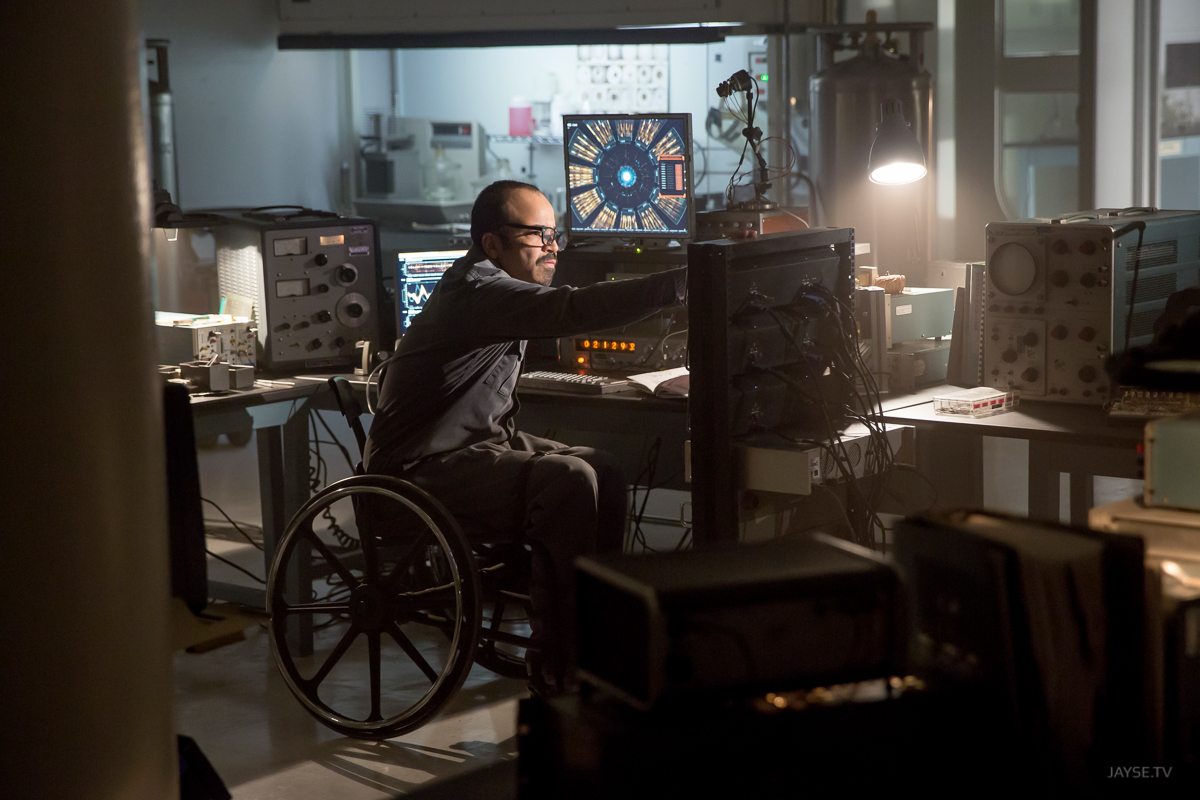 We also did the post work on the film, replacing screens with more story-specific versions, as well as creating all of the holographic effects using After Effects and CINEMA 4D. I used to always create temp or slap comps using Illustrator and Photoshop to show the screens and comps with the actors. I’ve now started going straight from Illustrator to After Effects where I’ll do a quick mock up. If it gets approved, we can just hand it off to artists and they have all of the settings to begin animating, tracking shots, and rotoscoping right away.

Adobe: Have you worked on projects on your own as well?
Hansen: I love working with companies and being part of teams, so there are only a few films that I’ve done on my own. One example is Big Hero 6, which is probably the film I’m most proud of because it’s Disney and it was so good! I was contacted by Paul Felix, a legendary Disney Art Director. He said they were working on a new film, had stuff from my website on their inspiration boards, and were big fans.

I never thought I’d work on an animated film because most of my stuff is so realistic. But when I found out that they wanted me to work on holograms and UI screens it was perfect. They knew I worked in After Effects and Cinema 4D so they had me concept out a ton of stuff and deliver a kitbash that they could take modules from to use throughout the film. Bruce Wright was the visual effects artist who took what I created and gave it a Disney look.

Adobe: What did you do with Cantina Creative for the film Pixels?
Hansen: The filmmakers wanted us to put Easter eggs into the military interface that referenced Galaga, Pac-Man, or other old-school video games while still maintaining a hard-core, no-nonsense look. I recreated all of the Galaga icons and made them more military looking and designed controllers for their video feed that were shaped like old school video game controllers.

Adobe: What do you like about working with After Effects CC?
Hansen: I love being able to go to JavaScript writers, tell them what I need, and have them write a script or develop a plug-in for it. I also love how After Effects can work with graphics and animation of graphics so well, and then become a compositor at the same time. It is definitely my bread and butter, my main program. If I had to cut out everything else and I only had one program, After Effects would be it. It’s really one of those great tools.

Adobe: How are you starting to work with augmented and virtual reality?
Hansen: There are few companies that have reached out to me. One that is really intriguing is called Meta. They are being super ambitious, wanting to do transparent, which is a lot harder than virtual reality. They want to make it possible to reach out and grab digital data and move it around. It’s a lot like how we’ve been designing stuff for Iron Man and Enders’ Game, but they’re looking for real-life applications. 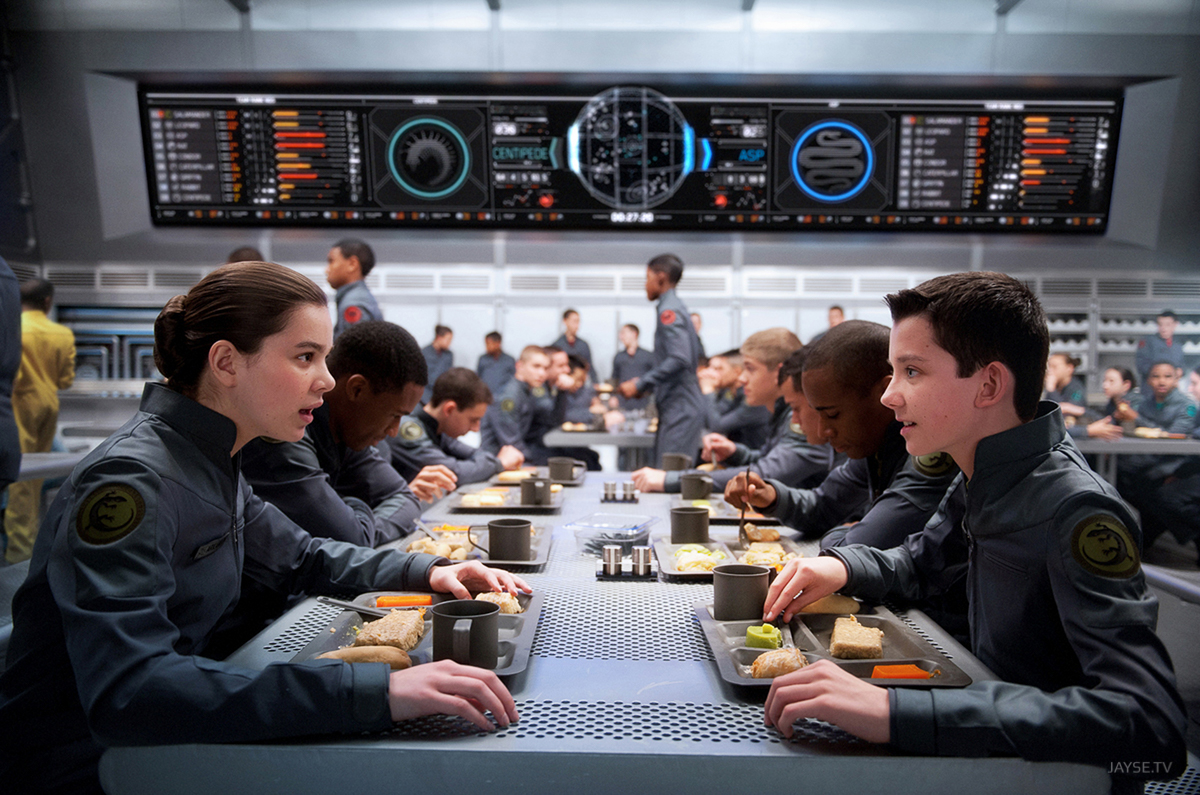 I’m consulting with their design teams, doing concepts and mock ups in After Effects and Cinema 4D that their development team can replicate. Digital holograms are going to be a big new thing. Just imagine a doctor having access to a patient’s heart rate and other digital data without using a screen or needing to touch anything. It’s very surreal.