This year, Remembrance Day on Nov. 11 had a special poignancy for Canadians, in the wake of recent attacks on servicemen, including the killing of one of the honor guards at the national War Memorial monument in Ottawa. These events have given added significance to a Remembrance Day video created for the Sunnybrook Veterans Centre by Canadian filmmaker Jawad Mir. The short film was played for thousands of fans during intermissions at the Maple Leafs game this past weekend and will be featured at the Raptors game this evening in Toronto.

I chatted recently with Jawad Mir about the film and his video production tools of choice: Adobe Creative Cloud.

How did you prepare and plan the video? Did you know in advance what shots you would be able to get?

When I was first approached by Sunnybrook for their Raise a Flag campaign and heard the story of Donald Stewart, one of the WWII veterans, I immediately wanted to meet him. We spent an hour together going over his incredible story and looking around the Sunnybrook Veteran Centre.  This helped very much and I knew exactly what I wanted to focus on. 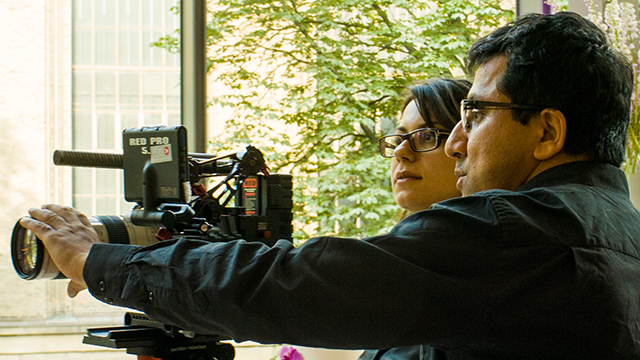 The video is, of course, conceived as a fundraiser for the veteran’s facility. How did you approach that task as a storyteller?

For us, everything revolves around the story and if you get that right you don’t need to promote or advertise a product too directly. Donald’s story becomes the heart of the film. The purpose of the project was to increase awareness for the Veteran Centre and the opportunity for people to be part of a Raise a Flag Campaign. If the story connects the viewer to the mission, it doesn’t feel like a fundraising film.

Tell us about your production workflow.

We shot everything in 5k on a Red Epic.  Our final output is for YouTube mainly and since YouTube allows 4k output, most of the stuff we do nowadays is 4k, along with any other deliverables.  4K TVs and Monitors are not standard but they will be the future, so we are making sure clients are ready for that. The extra image size allowed us to digitally zoom in, which we did for quite a bit of our shots to create a dolly effect.

We then created 1080p proxies for editing in Adobe Premiere Pro.  We used Premiere Pro and Adobe Media Encoder to share segments with the client fro review. With Media Encoder you save so much time as you can continue editing while your files are being encoded. And having the ability to encode media for so many devices or for the web is a huge bonus.

Why did you build your pipeline on the Adobe Creative Cloud tools?

Premiere Pro is so fast and it has such a straight-forward UI.  It has the ability to handle RAW files right from our Blackmagic and RED cameras. With Creative Cloud everything you need is there for you.  This film, for example, includes stills and lower thirds and it was just so easy to create and connect all that through Photoshop.

It's seems that we 're seeing a big shift towards film (aka  “video”) as a way of telling stories and connecting people to ideas. In the past, a lot of that would have been done in print. Why do you think this is happening?

Compared with even just two or three years ago, video has become such widely used. More and more large and small companies are creating videos for communicating ideas, training, promoting themselves etc. Think how many now have their own YouTube channels, for example. That being said, a lot of people and companies still haven’t made this transition. I’m pretty sure we’re still at the beginning of the growth curve. With the right commercial, web ad or promotional film, you can have a powerful impact on the audience. Video connects with people and allows them to relate to something in a way that print just can’t do.

What are the strengths of video as a tool for sharing ideas and connecting people with causes?

Everybody in this world is different but we all share one element and that is the human condition. We are all attracted to stories because we are all emotional creatures.  That is the power of filmmaking.

Your background is in wedding videography. How has that helped you as a filmmaker?

There are no retakes in weddings! As a director I try to limit the number of takes. When someone is telling their story or how they feel, very likely they will tell it right and effectively the first time.  And that’s gold.  The key is to take the time to talk with your subjects before you start shooting. They need to feel completely comfortable with you, and then they can give their best on camera. And you know what? It’s exactly the same with weddings! 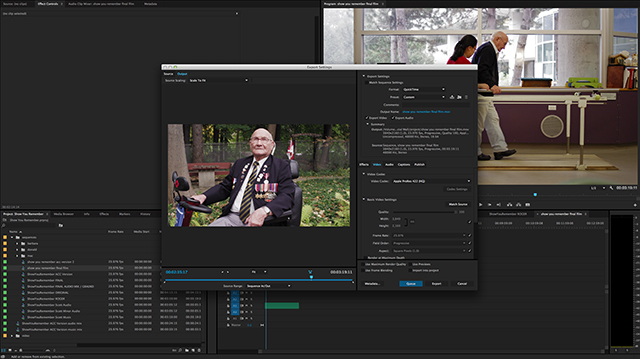 What other projects have you got on the go these days?

I’m working on a documentary called Only 78 about the tiny coastal community Gabarus in Nova Scotia. The village is challenging the government to address a deteriorating  seawall, a situation that is a threat to the community’s existence. It’s a David and Goliath kind of story, but it is also a window into the lives of rural Canadians and an exploration of identity and heritage.

As with all my projects, the Adobe video tools give us the power to create and realize our vision in a way that I couldn’t have imagined was possible just a few years ago.