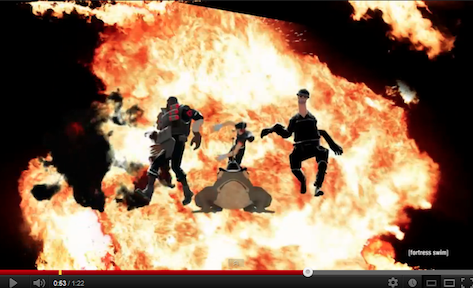 For iPi Soft Founder and Chief Technology Architect Michael Nikonov, the contest offers not only a chance for budding filmmakers and animators to find a wide audience for their creativity, but it also gives the company a look at the many inspiring ways filmmakers are using iPi Motion Capture and how the software can be improved to better suit their needs.

“It’s amazing to see how our software, in the hands of talented and imaginative filmmakers, is being used,” Nikonov says. “The submissions are also helpful as we design new features and enhance our current offerings.”

This November, iPi Soft is sponsoring the 2012 Machinima Expo, celebrating the best of world machinima online. The event takes place on the Machinima Expo site and Second Life simultaneously on November 16-18. The iPi Soft competition winner in October will be included in a compilation video, along with the previous winners of the iPi Soft Filmmaking Competition since the contest debuted in June, and will run periodically during the Machinima Expo. (Note: the October competition winner will be announced on November 1, 2012).

How to Enter
To enter the iPi Soft Filmmaking Competition, contestants need to produce an original 3D animation using a trial version or a full version of the iPi Soft Motion Capture software, and send a link of the animated video to comp(at)ipisoft.com. For complete contest details, please visit: http://blog.ipisoft.com/2012/06/dont-miss-the-chance-to-win-an-ipi-motion-capture-license.html.

About iPi Motion Capture V. 2.0
iPi Soft released iPi Motion Capture™ Version 2.0 – the next generation in the company’s scalable line of markerless motion capture software technology — last July, to enthusiastic response. Recently, Renderosity.com reviewer Ricky Grove said: “There are several other low-cost motion capture solutions on the market, but none of them produce such high-quality results and are as simple to use as iPi Soft Version 2.0… It’s a cost-effective, efficient and fast way to capture motion data.”

All trademarks contained herein are the property of their respective owners.