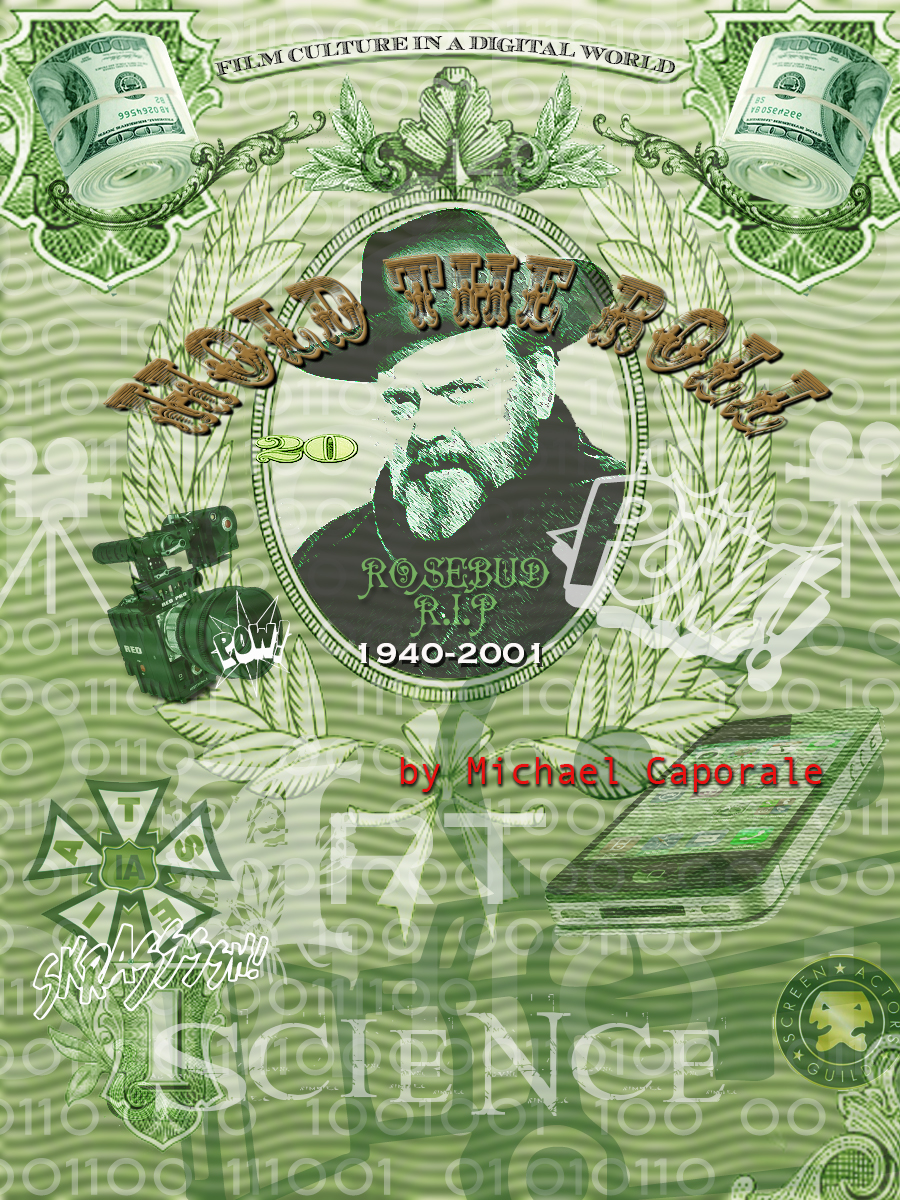 “Hold the Roll–Film Culture In a Digital World”

Having recently wrapped the production of a digital feature film in Fort Lauderdale working as a DIT, (that’s a Digital Imaging Technician… more later) I find myself looking back on my brief time spent there and have concluded that in some oddly appropriate way the Floridian environment paralleled, and consequently fostered many of my reflections on, the movie business as it rockets forward into its digital future. Fort Lauderdale epitomizes the clash of a dying conservative culture with an ostentatiously vibrant one. Old timers in wheelchairs and walkers, 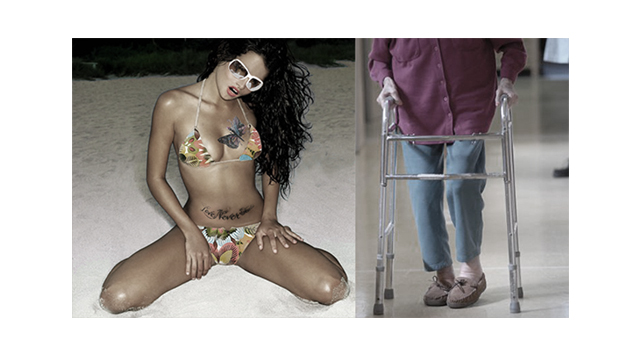 dark sunglasses and sunhats, wrapped in layers of protective clothing, step off their walled reservations and are encircled by tattooed, nearly naked hard bodies, on display on the beaches, screaming superbikes and for the fabulously wealthy, their Ferraris, Lamborghinis, Maseratis, Bentleys, Aston Martins and three story yachts. It’s the confluence of the retired, hard working, saved-all-my-life for this pathetic moment, depression-born, nursing-homers, with the fast-money, high-living, yacht-borne high rollers and their wannabees. It’s “Girls Gone Wild” in a funeral home and the services have already begun.

Only a few years ago, the thought of shooting a movie on video was anathema to professional filmmakers and wannabees alike, yet today, it is commonplace. Since 2000 when George Lucas announced that Episode II of the Star Wars Prequel Trilogy would be the first major motion picture to be shot 100% digitally on a SONY CineAlta camera and later in 2001 when Panasonic introduced the VariCam, perhaps the first camera whose direct output was designed to look like film, they and other manufacturers have moved the technology forward at such lightning speed that now small, handheld consumer cameras are enabled with more features and better image quality than their noble ancestors, while the cost for “super-cameras” has plummeted to affordable levels with the introduction of the Red One and its successors, Epic and Scarlet. Even the venerable Arriflex has committed to the movement with the introduction of the Alexa, a classically designed and well-planned, obsolescence-diminished, modular camera somewhere between a Red Epic and everything else in concept and pricepoint. 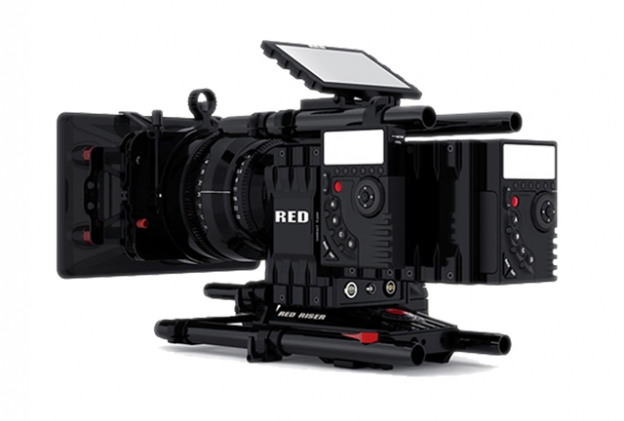 Now as youTube and Vimeo websites offer everyone the potential to be seen and heard round the world for free, lower-end pro-sumer and consumer cameras are being manufactured to produce high quality images suitable for broadcast and theatrical release at pricepoints that most can afford.  While Canon spun several HD camera models off from a professional camera originally designed for photojournalists, its still/HD combo-camera, the 5D MarkII, costing a mere $2800, (the 7D, 60D, 2Ti & 3Ti  at even lower pricepoints) other manufacturers like Black Magic Design have produced a camera exclusively designed for filmmakers at under $3,000.  Recently, moviegoers throughout the country flocked to a major film release,  “Act of Valor,” unaware that the entire film was shot with a Canon 5D MarkII.

Barriers to entry into the exclusive club of theatrical release fell with “The Blair Witch” and now are all but gone, but just as we all have pencils and computers and yet we are not all artists and authors, so too, feature film production remains an elusive goal for all but a few stubbornly talented, hardworking dreamers and it is fair to say that digital production has made their dreams attainable.

There are many advantages to digital production, but chief among them is immediacy. Gone are the days of wondering, “if you got it” while you wait for film dailies to come back from the lab. Now you can see in great detail exactly what is being recorded, allowing necessary adjustments, creative or technical, as needed. Finished picture can be delivered to an editor the same day it is shot and postproduction can be completed in record time, expediting delivery to a distributor or film festival.

Florida is often referred to as “God’s waiting room”. To be sure, it is the retirement capital of the United States and the largest portion of the population are seniors safely riding out their old way of life between hurricanes, huddled together in walled and gated condominium conclaves, engrossed by right wing radio, before stepping out for their cardiologist appointment. Once on the highway, they come face to face with new Florida, as small, customized imports–fast and furious and tweaked for speed, and shiny exotic supercars of the superwealthy– whiz by these timid, slow-moving old-timers at phenomenal speeds, often exceeding 150 mph. At these speeds lane changing is ill advised. By the time a slow moving senior checks his rear view mirror, returns focus to the highway ahead and initiates a lane change, it’s all over.

Sitting in a five-lane parking lot of traffic on I95 north has become a regular occurrence for me on my days off as I head from Fort Lauderdale to visit my father in nearby Boynton Beach. Inevitably the problem is always a terrible wreck being cleaned up and moved to the side of the road. But wrecks on I95 Florida are unlike wrecks anywhere else, for little remains identifiable of the cars involved. In Ohio cars still look like cars, just dented up cars. In Florida, the parts are scattered willy-nilly up and down the highway, a bumper here, a catalytic converter there, a tire in the median, nuts and bolts and twisted metal and broken plastic, a litter path strewn for half a mile, a debris field larger than flight 93, and I realize the immediate effect of mixing traffic of such extremely different speeds. Not even the most cautious senior, wrapped in protective layers of heavy sheet metal surrounding a trusted 3 ton, 12 mpg gas-guzzler, can escape.

So too, there is no escape for the filmmaker focused in a rearview mirror and surrounded with layers of protective tradition. The pace of digital technology is just far too fast.

I have been privileged to work on this past film as the DIT and with what may be the most boring job on the set once filming starts, I am able to spend most of my time sitting, observing and thinking, a dangerous combination. What I write about the people I observe may seem at times to be, at the very least unflattering. My opinions may seem harsh or cynical, or just unkind. And whether true or fictionalized for a clarity of truth unable to be discerned in factual truth, anyone who has worked a film set will see themselves and the others that they have worked with. Consequently, I hope that in spite of anything that may be said about my experience and my observations, that it may still be realized that I love them all. All irritations, frustrations, and disappointments are of no consequence. I have seen how the bonds of friendship are far stronger than the differences we encounter. In the scant 3½ weeks of production, I have seen sad, withdrawn and beleaguered people come out of their shell and laugh and join us in work and play. I have seen intolerance diminished, resistance foregone. There is something magical about a film set, where anything is possible, but you have to believe.

Rumors fly at lightspeed on a film set. Everybody knows everything about everybody and then some. However, secrets are kept within our “Vegas” world of production. The personal lives of the participants to my story will remain private. Neither you nor I shall be their judge. Peace and happiness are so fleeting and the human condition so frail and needy, that it is quite likely that the profession of dreams may attract an undue share of those who cannot find it elsewhere.

Finally, as we move from film to digital acquisition a great many of our terms are obsolete but will remain in our language forever, so that someday a few hundred years from now, an apprentice will understand their meaning but not know the source of terms like “check the gate”, “hold the roll”, “speed”, and even “cut”. Very soon, we will no longer be making films, but we will forever be making movies.

I have tried to make every attempt to explain to the uninitiated the inner workings and technical issues of movie production without boring them to abandon the story. My hope is that you will find this book entertaining while enjoying a perspective from the inside looking out.