NAB announced that more than 60 international delegations, including Egypt, Vietnam, Peru, Ghana and Poland, are expected to attend NAB Show, held April 14-19 in Las Vegas. Delegations attending the show for the first time include Latvia, Chad, Pakistan and Nepal. 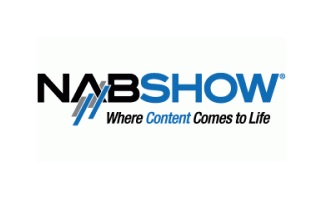 “As the world’s largest media and entertainment event, NAB Show draws attendees and exhibitors from all corners of the globe,” said NAB Executive Vice President of Conventions and Business Operations Chris Brown. “Each year, around 30 percent of NAB Show attendees travel from outside the U.S. to this must-see event.”

NAB Show has once again been selected from among all shows by the U.S. Department of Commerce as the most critical business-to-business industry event to attend for this sector. NAB Show is a proud participant of the agency’s International Buyer Program, which recruits International Trade Delegations to select U.S. trade shows and facilitates matchmaking services that connect international buyers with U.S. suppliers. Last year the program helped support numerous international attendees representing 153 countries.

In addition to a strong presence of international attendees, NAB Show’s Exhibit Hall will host more than 400 international corporations. Companies will showcase cutting-edge technology and services for the electronic media and entertainment industry in each area of the exhibit floor. Many of these companies will be featured in seven international pavilions, including the U.S. Export Pavilion, Bavarian Pavilion, Belgian Pavilion, Brazil Pavilion, French Pavilion, KOTRA (Korea Trace-Investment Promotion Agency) Pavilion, KBTA (Korea Broadcasting Technology Association) Pavilion and the UK Pavilion c/o Tradefair.

NAB Show, to be held April 14 – 19 in Las Vegas, is the world’s largest electronic media show covering filmed entertainment and the development, management and delivery of content across all mediums. With more than 90,000 attendees from 151 countries and 1,500+ exhibitors, NAB Show is the ultimate marketplace for digital media and entertainment. From creation to consumption, across multiple platforms and countless nationalities, NAB Show is home to the solutions that transcend traditional broadcasting and embrace content delivery to new screens in new ways. Complete details are available at www.nabshow.com.