#TeamAdobe has arrived in Amsterdam for the 2015 IBC Show, and we are feeling inspired! We’re hitting the city in anticipation of the conference and using Adobe’s capture apps to create a collection of Amsterdam-inspired production-ready assets for video, photo, and design work. This library is available to you as a free download so you can join us in Amsterdam, no matter where you are in the world.

#TeamAdobe gets inspired at IBC

#TeamAdobe has arrived in Amsterdam for the 2015 IBC Show, and we are feeling inspired! Earlier this week, we revealed what’s coming next to our video and audio tools. Today, we’re hitting the city in anticipation of the conference and using Adobe’s capture apps to create a collection of Amsterdam-inspired production-ready assets for video, photo, and design work. We’re making this library available to you as a free download so you can join us in Amsterdam, no matter where you are in the world.

Adobe’s capture apps – Adobe Hue CC, Shape CC, Color CC, and Brush CC– allow you to capture inspiring palettes, moods, shapes, and textures and convert them into creative assets as easily as snapping a picture. These apps are powered by CreativeSync and automatically populate your Creative Cloud libraries, making them instantly available in apps like Premiere Pro, After Effects, Photoshop, Illustrator and more, without the hassle of having to move files around or keep track of the latest versions.

We’ll be highlighting one asset to our Inspired by Amsterdam library per day of the conference, and adding more unique Looks, brushes, color themes, and shapes throughout IBC. Visit the Moving Colors blog to see what inspirations we’ve collected and learn how you can bring a bit of Amsterdam into your next creative project!

Follow this link to add the Inspired by Amsterdam library to your Creative Cloud account and get all of the assets for free: http://adobe.ly/1L5ERc4 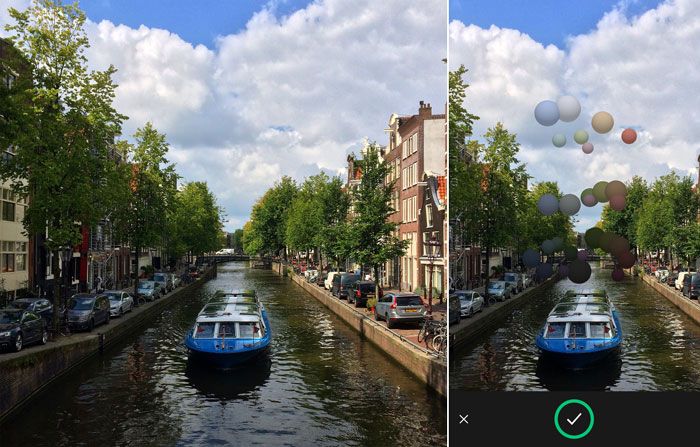 First up: what could be more iconic of Amsterdam than the canals?

What it is: A custom Look for video projects

What inspired us: This photo was snapped by #TeamAdobe’s Michael Lewis.  It’s early Autumn during the IBC Show, and while the trees lining the canal are still lush and green, the light has shifted to the warm, low light of Fall. The water is a beautiful blue-green, reflecting the trees and sky. There’s also a pop of contrast with the red-orange tones from the row houses.

We wanted to capture the colors and mood of this beautiful Fall day on the canal, and by creating a Look from this image, we’re able to translate the color and light information from this iconic scene into hue and saturation adjustments that we can apply to other video projects.

What it looks like: We auditioned this Look on a still to see what it would do. On the left, check out the original image. On the right, the same still with the Kanaal Look applied. We selected one of the greens for the midtone shift, but because there are warm tones, blues, and reds in our target image, those are getting a saturation boost from the colors of the canal. 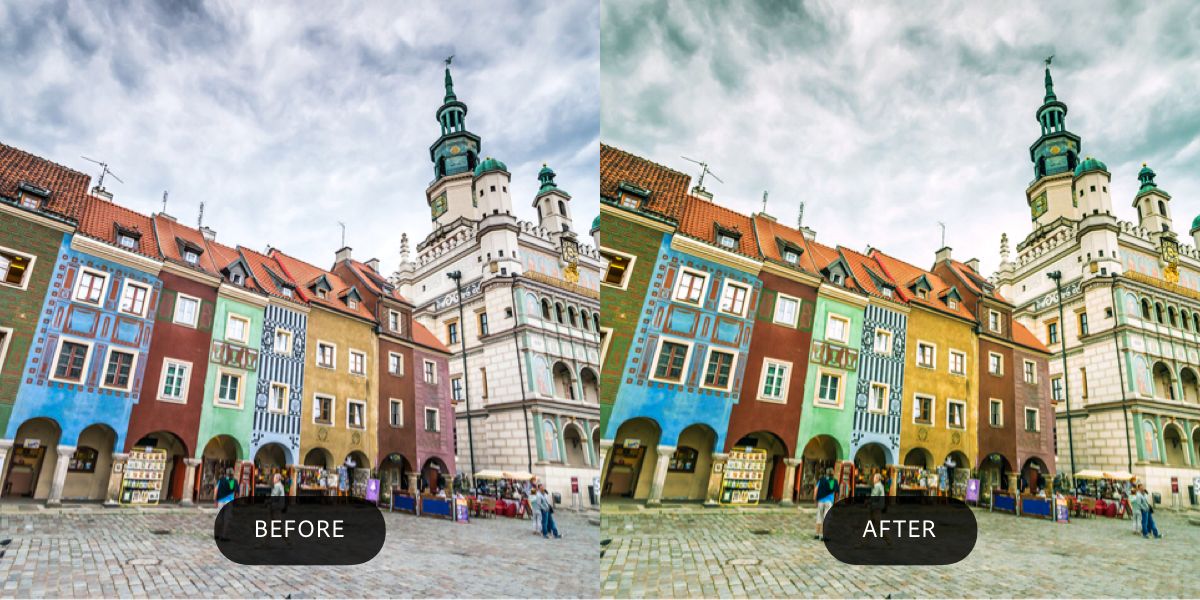 How to use it: Enhance your video footage instantly! In Premiere Pro and After Effects, load the libraries panel (Window > Library) then just drag & drop the Look onto a clip in your timeline or composition.

In Premiere Clip, tap the Magic Wand to add finishing touches, then tap “Look” and navigate over to the My Library tab. Just tap on a Look to apply it to your sequence!

Read up on the mobile & desktop workflows or watch a tutorial here.

You can also use custom Looks from Adobe Hue as an entry point to our new color workflows in Premiere Pro, and continue your creative work seamlessly in After Effects. Find out more about the Lumetri Color Panel to get started.

Click here to download the Inspired by Amsterdam library to use these assets in your own creative work.

Visit http://bit.ly/InspiredAtIBC to see more of our Amsterdam-inspired creative assets, and use Adobe’s mobile apps to capture your own custom Looks, shapes, brushes, and color themes whenever and wherever inspiration strikes!