The Iggy and The Cradle announcement sounds a bit like the marketing of a rock band, but in fact what 3 Legged Thing wants to introduce are two new products: a mini tripod and a phone holder. 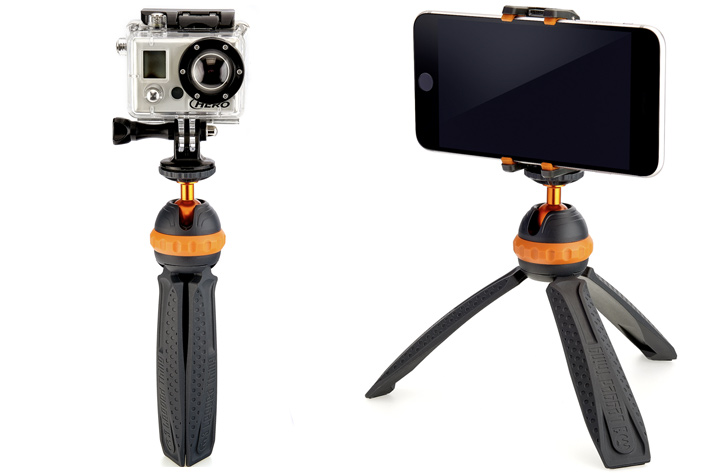 Iggy and The Cradle will make their debut on 3 Legged Thing’s stand (no. E71) at The Photography Show, at the NEC, Birmingham, United Kingdom. If the announcement makes you think of Iggy Pop, it is on purpose. In fact, on the webpage dedicated to Iggy, the tripod, the company behind the product uses two phrases from the rock star: “I find it hard to focus looking forward, so I look backward” and “What some people would call antics, I would just call a good show.” It’s your job to find out how they relate to Iggy, the tripod. Because that’s what Iggy is.

“I’m really excited to introduce Iggy & The Cradle,” commented 3 Legged Thing Founder & CEO, Danny Lenihan. “They’re really the first products we have created that have global appeal – not just to photographers and videographers, but to anyone who uses a smartphone or action cam to film. They’re also the first products that take us beyond the boundaries of photography specialist retailers.” 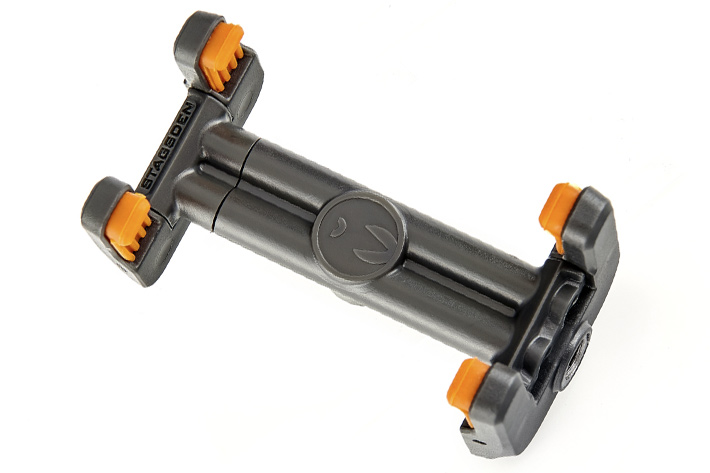 Built from rugged ABS plastic, measuring just 14 cm / 5.5 “ tall when open, Iggy is 3 Legged Thing’s new mini tripod. Featuring an adjustable ballhead and 1/4”-20 screw mount, it is a highly versatile mini tripod, which can be used not just to hold smartphones, small DSLR’s, GoPros and camcorders or any compact and lightweight camera, but also to mount microphones or lights. Paired with The Cradle, it can be used as a stand for smartphones on planes, trains and tables.

Iggy’s legs have been designed in such a way that they tesselate, to form a comfortable, ergonomic handle, for ultimate versatility. Closed, your tripod becomes an ergonomic handle for hand-held use, creating a mini selfie stick. The tripod comes with a handy GoPro adapter for use with the popular action camera range, further extending its myriad uses.

The second product announced and paired with Iggy is The Cradle, introduced following a number of requests from customers. Featuring two 1/4”-20 screw threads for attachment to tripods, including Iggy, The Cradle is a super-versatile expandable smartphone holder, with jaws that expand to fit almost every smartphone on the market, from the smaller iPhone 4 to the iPhone 8+ and Galaxy 8. Thanks to the choice of centre or end thread mounts, it can hold phones in both vertical and horizontal orientations. The Cradle also folds flat for storage and transportation. 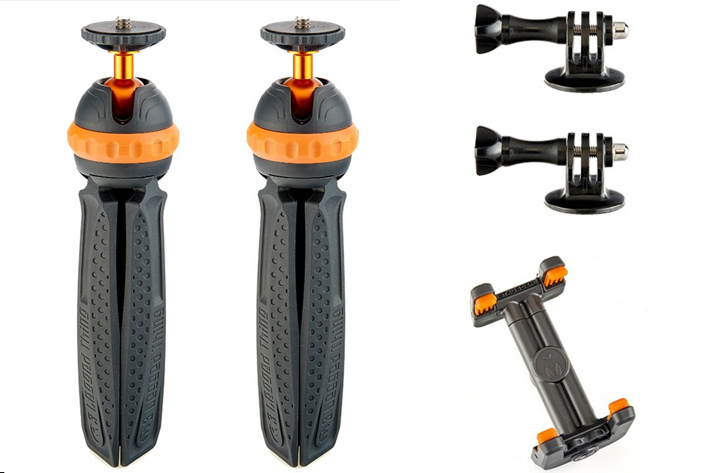 The new products are available singularly, and in multi-packs, with the Iggy with a tripod mount available for $22.99, while the kit containing one mini tripod, one GoPro mount, and The Cradle phone holder costs $27.99. There is also a Vlogger kit with 2 tripods, 2 GoPro mounts and The Cradle in one bundle, priced at $44.99. This same kit may also interest photographers dealing with tabletop photography, as the two tripods may be all that is needed to support a couple of lights. It would be interesting to see 3 Legged Thing come up with some form of holding small reflectors against the tripod, for even more creative options.