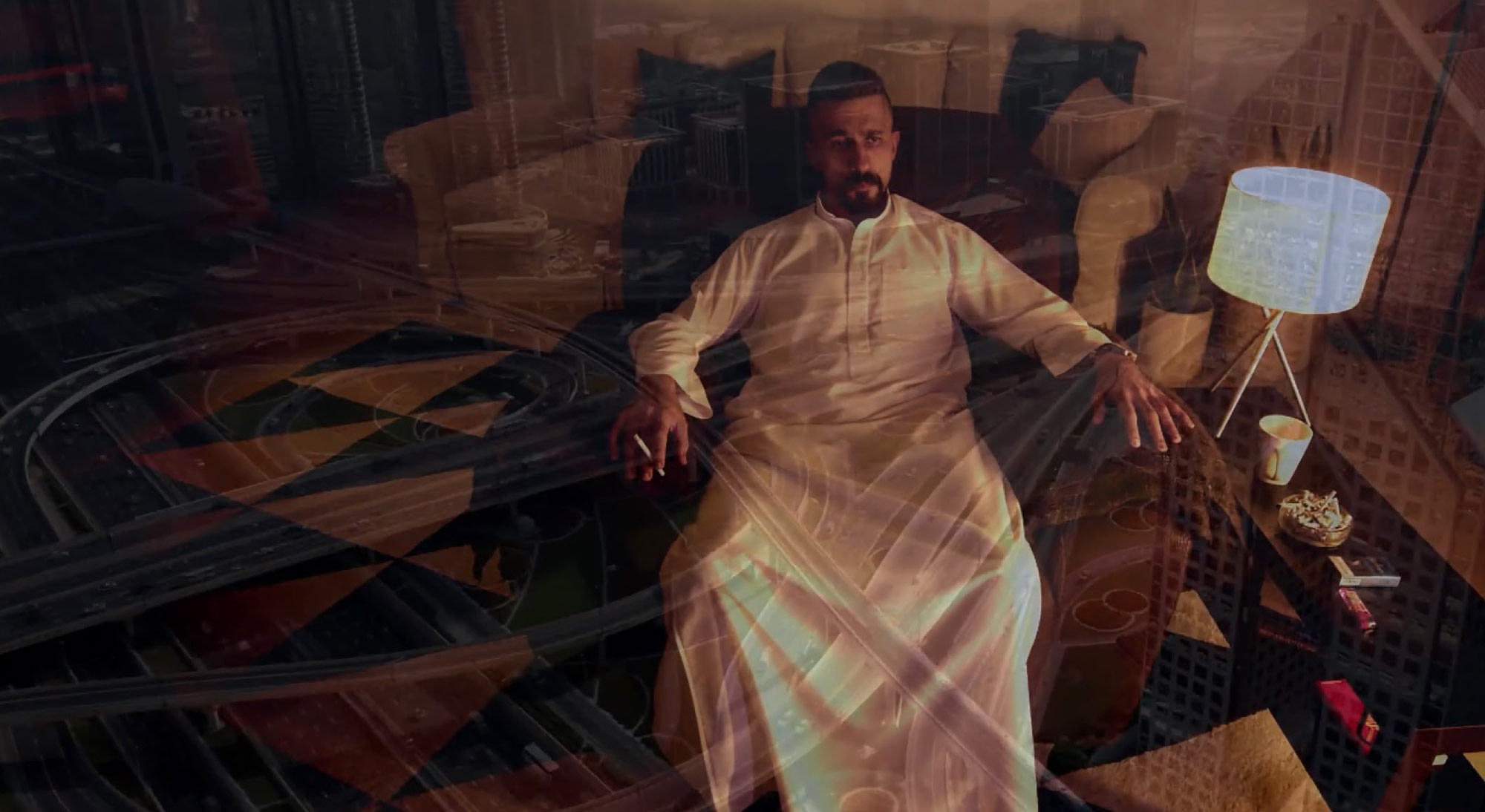 A surreal, Sci Fi/Fantasy thriller, “Neo-Bedouin” follows Khalid, a 35 year old engineer who, due to the pandemic lockdown, loses the opportunity to showcase new technology that could solve the global energy crisis.

While spiraling into claustrophobia amongst the technology that surrounds him, he discovers a box that contains a portal taking him to the desert and back. The film, directed by Abeer with cinematography by Marc Pascual, was shot in Dubai, and relied on the URSA Mini Pro 12K. “Having the 12K on set gave me the needed confidence in my creative choices, especially for visual effects,” said Abeer.

Abeer was approached by Joachim “JZ” Zell to contribute a film to the “Found Lederhosen” project, and she was excited to join in on the global concept. “I wanted to bring a touch of the Middle East in on it,” said Abeer. “I wanted to feature the desert, costumes and share some culture from the region.” But she also wanted the story to be a unique combination of both modern technology and personal journey. “I thought of presenting something new, that brings awareness to the new generation Arts & Science movement here in Dubai, our thoughts, beliefs and hope for a better future, and show it in a film about sustainable solutions that also connects to our heritage.” 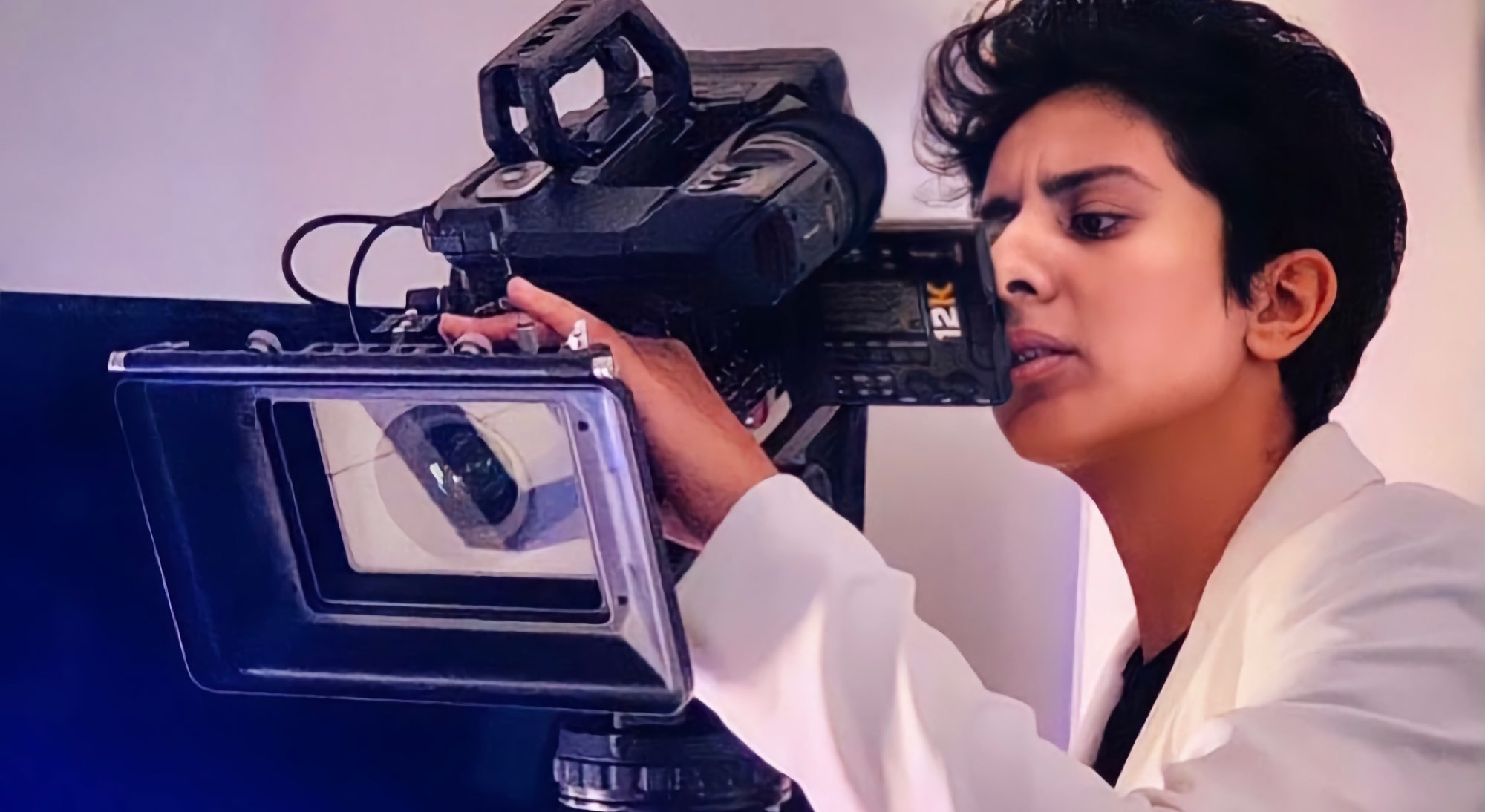 Having a strong familiarity with Blackmagic Design cameras and color science made Abeer and Pascual immediately comfortable with shooting with the URSA Mini Pro 12K. “I’ve done other projects with various versions of the cameras,” said Pascual. “They have very nice, solid performance, so I knew exactly what I would get with the 12K.” For the story, the team knew they would need to manage harsh conditions, from shooting in low light to the harsh sun of the desert.

“Natural light has always been my passion,” said Abeer, who pushed to shoot many scenes transitioning from full day light to sunset. “Yet we all know that outdoor locations are the most challenging. I’m forced to make my creative decisions fast, while the team is also pushing to control the constant and rapid change of angles, to balance the whites, and to continuously follow the sun path. I was so confident to have the Blackmagic cameras because I knew where we could go with the image, and how the color science would respond.”

It was critical for the look of the film that they manage the constantly changing conditions, not only responding to the changing light but embracing it. “Marc (Pascual) and I really pushed the dynamic range of the camera during an establishing shot of an abandoned village in the middle of the Desert. We were pleased how the details were perfectly represented the darker we went with the exposure.” 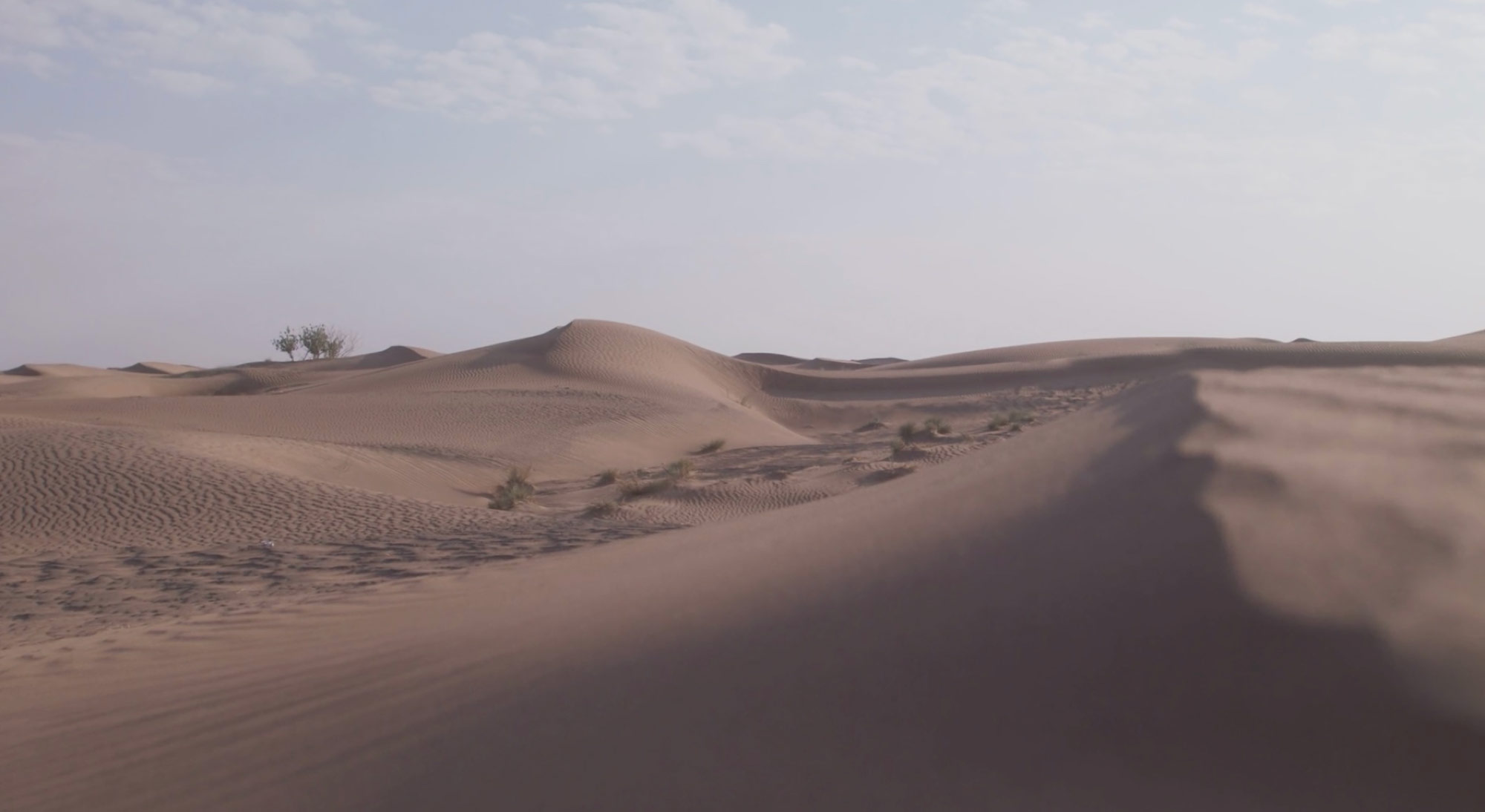 While the film shot both with the URSA Mini Pro 12K and the G2 models, the key to the 12K was using the larger resolution to facilitate higher quality visual effects. But having the ability to shoot at that high a resolution at a moment’s notice helped push the creativity of the film. “On set I decided to take a very wide shot of our main character sitting on a chair in a white room,” said Abeer. “In post, I wanted to surround him with city footage, adding the movement of cars on his white walls. Moving from A unit photography right to a visual effects shot made things flow much easier.”

“Found Lederhosen” is a film made up of five short films and a BTS documentary, and will be featured at the HPA Tech Retreat’s Supersession. The Supersession is a two day interactive exploration of the workflows and technology of multiple productions taking place around the globe. The “Found Lederhosen” filmmakers, led by Joachim “JZ” Zell, will be used to highlight real world examples of the tools, tech, workflows and more than 200 artists who worked remotely to complete the short films during the worldwide Covid quarantines. 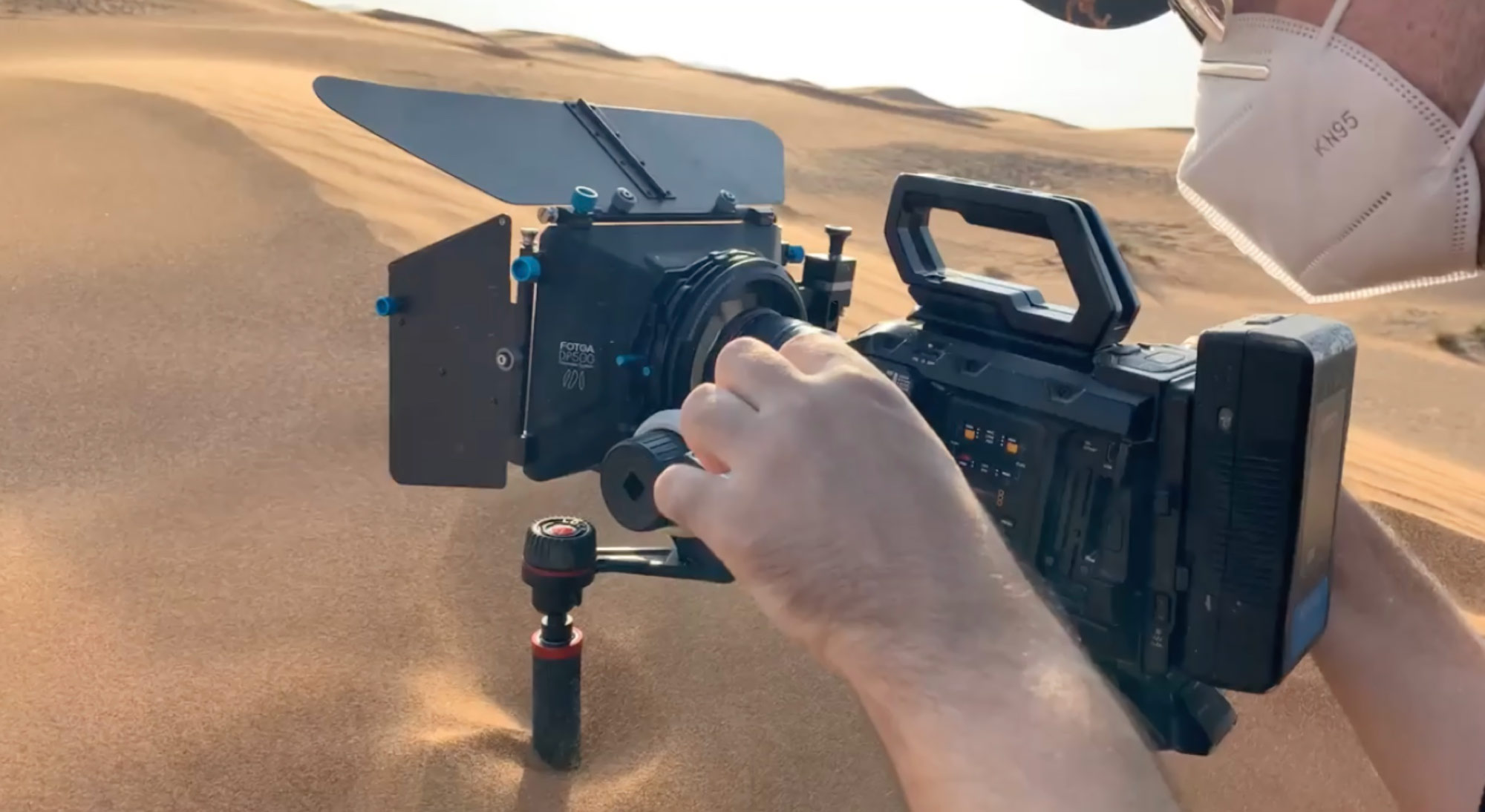 Abeer enjoyed the opportunity to create “Neo-Bedouin”, both in using new technology, but also because the heart of the story resonated with her own history. “As a Bedouin myself, coming from a large tribe from the Arabian Peninsula desert, it was a pleasure and honor to share part of this world artistically, while also sharing the wisdom of the strong women and men in the region who have survived challenging conditions of nature to build an urban environment.”