What was I thinking? The expressions of father and daughter were so intense and memorable that I really wanted to save this way over-exposed flash picture. 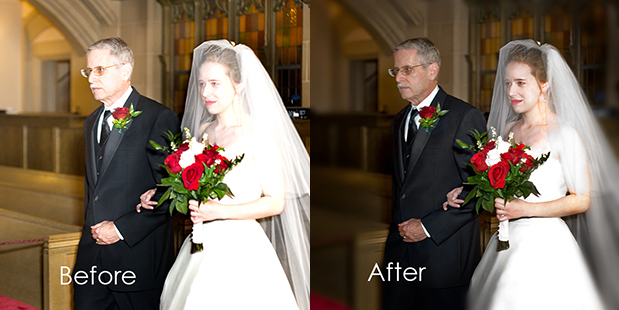 Everybody knows you can’t fix everything in post, but I had to try. Not an absolutely must-have shot, because I had four other good ones from different distances and angles. Most people would cIassify this one unrecoverable. I probably should have just tossed the image. But call it pride or embarrassment, I wasn’t going to let this one go. I felt responsible to turn the ugly duckling into the beautiful swan.

The image was made about five years ago, before I got an Ultimate Light Box and before I developed my bounce flash technique for events. My current gear and techniques thankfully dodge this kind of exposure problem.

Having just shot the obligatory in-the-doorway view, I stepped back into a church pew to snap dad and daughter passing by me. At about six foot camera to subject range, I overexposed by about five times simply by not resetting the flash output. Use of ETTL would have partly salvaged my oversight. Being closest to the bride made things worse. And the camera at the time was the Canon 20D with far lower pixel count than our 5D Mark IIs. 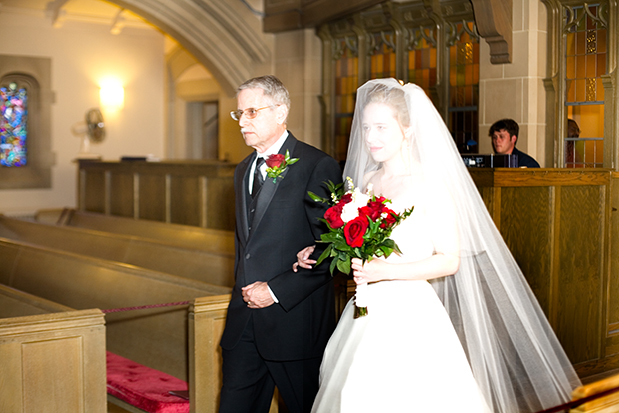 What was I thinking?

This many years later I’m just now designing an elaborate, dramatic 14×11 fold-out album from Seldex, Australia, as distributed in the US by our great friends at Finao. {www.finaoonline.com} The bride and groom, who are both involved in theatrical production in NYC, waited to be able to afford the best art work I can do. So now it’s time for me to prove my Photoshop salvage ability.

Here are the steps I took: 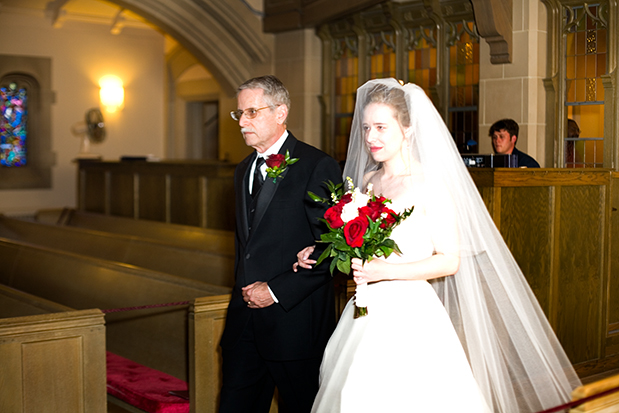 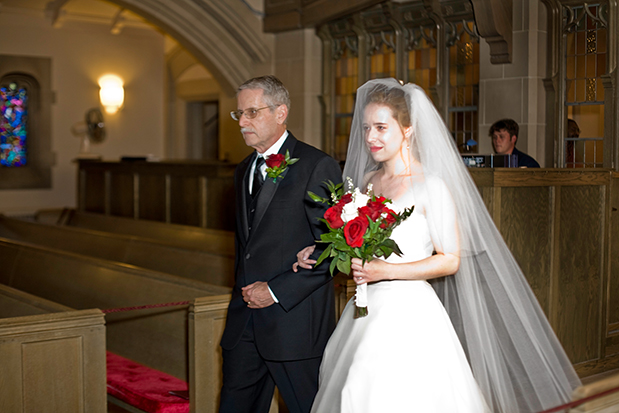 After multiplied layer and masking 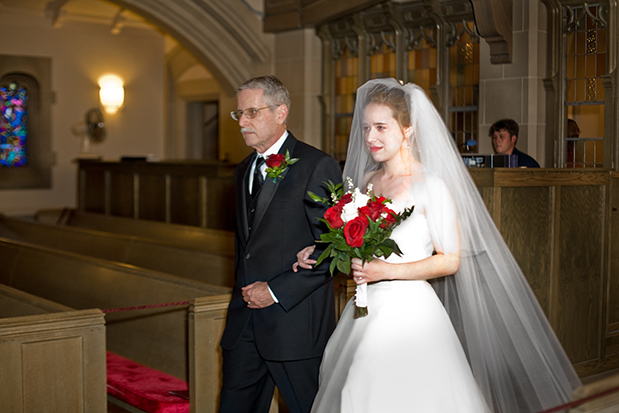 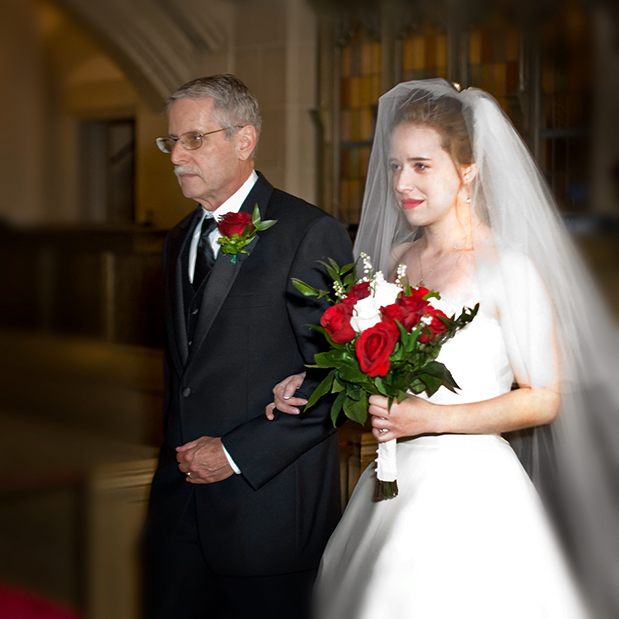 Whew! All this for just a 4×4″ image within the layout! Moral: get your exposure right the first time, and use an Ultimate Light Box for far better flash on camera. {See my one flash on camera with the ULB tutorials.}