Harrison Ford, the venerable actor who immortalized Han Solo and Indiana Jones, will receive the American Society of Cinematographers (ASC) 2012 Board of Governors Award. Ford will be honored during the 26th Annual ASC Outstanding Achievement Awards gala here on February 12 at the Hollywood & Highland Grand Ballroom. 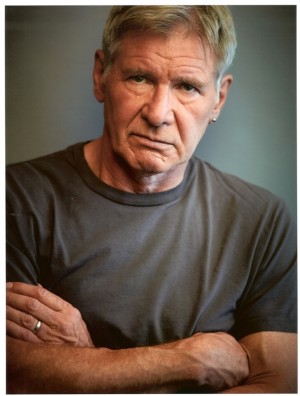 “Harrison Ford is a talented and focused actor whose professionalism has earned the admiration of our members,” says ASC Awards Chairman Richard Crudo. “His diverse, and still evolving, body of work includes too many memorable motion pictures to list.”

Ford earned an Academy Award® nomination in 1986 for his compelling role as John Book in Witness. In 2000, the American Film Institute bestowed him with their Lifetime Achievement Award. In addition to receiving four nominations from the Hollywood Foreign Press for his roles in Sabrina (1996), The Fugitive (1994), The Mosquito Coast (1987), and Witness, Ford was revered by the organization with the 2002 Cecil B. DeMille Award at the Golden Globes.

Ford’s Hollywood career was launched by his portrayal of Bob Falfa in George Lucas’ American Graffiti (1973). Four years later, he landed the now-legendary role of Han Solo in George Lucas’ Star Wars: Episode IV – A New Hope. In 1981, Ford brought Indiana Jones to screens for Steven Spielberg in Raiders of the Lost Ark. His many other credits include, Apocalypse Now, The Empire Strikes Back, Blade Runner, Return of the Jedi, Indiana Jones and the Temple of Doom, Indiana Jones and the Last Crusade, Regarding Henry, Patriot Games, The Fugitive, Clear and Present Danger, Sabrina, Air Force One, What Lies Beneath, K-19: The Widowmaker, Indiana Jones and the Kingdom of the Crystal Skull, Extraordinary Measures, Morning Glory, and Cowboys & Aliens. Several of these movies represent some of the highest-grossing films by year.

Ford is currently preparing for a role in Ender’s Game, the film adaptation of the popular alien invasion sci-fi novel, and he will star in 42 as Branch Rickey, the Major League Baseball executive who helped shatter baseball’s color barrier by making Jackie Robinson the first African-American player in MLB.

The ASC Board of Governors Award is given annually to an individual who has made extraordinary achievements to advancing the art and craft of filmmaking. Previous recipients include Julia Roberts, Warren Beatty, Francis Ford Coppola, Sally Field, Morgan Freeman, Ron Howard, Sydney Pollack, Martin Scorsese and Steven Spielberg, among others.

“Many of our members who have collaborated with Harrison Ford were inspired by his extraordinary talent,” says ASC President Michael Goi. “His presence on set raises the bar for everyone in the cast and crew,” We are thrilled to honor his career, and I know many of our members hope to have an opportunity to work with him in the future.”

For more information regarding the ASC Awards, visit the ASC website at www.theasc.com or call 323-969-4333.