First announced in 2017, the USB 3.2 specification with multi-lane operation is finally available in a commercial product, from Gigabyte, and it promises to double transfer speeds. 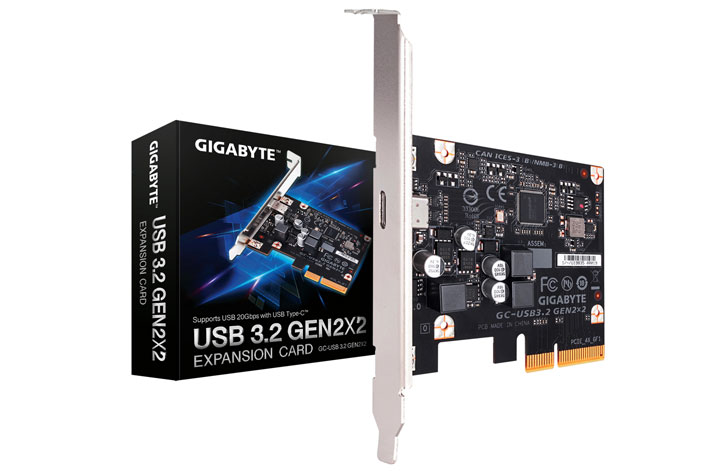 If you want your actual computer to achieve up to 20Gb/s transfer speed, Gigabyte has the solution for you: the world’s first USB 3.2 Gen 2×2 PCIe Expansion Card. Get your old PC in the fast lane!

The USB Implementers Forum (USB-IF), the support organization for the advancement and adoption of USB technology, announced the new USB 3.2 specification in September 2017, and it took at this time for the faster connection to be available in such a way that anyone, even those with older computers, can have access to the faster transfer speeds made available through USB 3.2 Gen 2×2. In fact, Gigabyte has announced the availability of its USB 3.2 Gen 2×2 PCIe Expansion Card, GC-USB 3.2 GEN2X2, a world’s first for this type of card, putting within the reach of anyone transfer speeds  double from what is available with USB 3.1.

The new PCIe x4 expansion card supports USB 3.2 Gen 2×2 for both AMD and Intel platforms and delivers up to 20Gb/s transfer speeds, effectively doubling that of the previous generation. With the USB Type-C port design and backward compatibility with USB 2.0/3.0/3.1, the new expansion card offers an affordable way for users to upgrade to the USB 3.2 Gen 2×2 specification without having to get a new motherboard. So, if you only have USB 3.0 or USB 3.1 ports, this is for you. 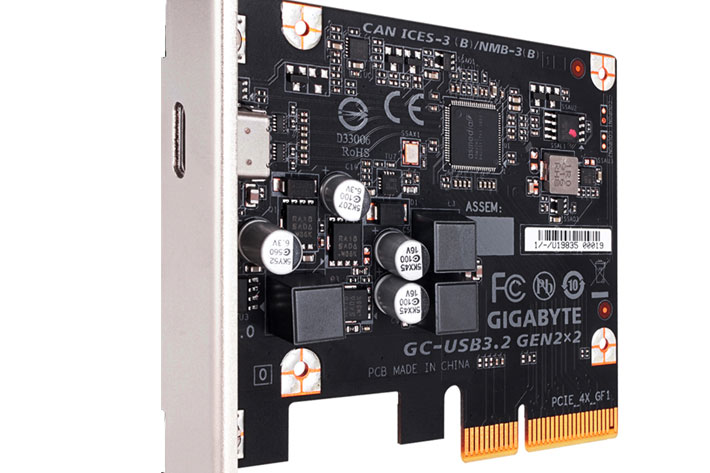 Get your PC in the fast lane

Motherboard manufacturers have responded by future-proofing their flagship motherboards with full compatibility for the new specification. This is especially convenient for users who are currently looking to upgrade their motherboard. However, users who recently upgraded their systems or are satisfied with their current setup are getting the short end of the stick having to buy a new motherboard to use USB 3.2 Gen 2×2.

That’s where the workaround now provided by Gigabyte enters, as a viable solution to get a computer that you’re happy with up to speed. The GC-USB 3.2 GEN2X2 PCIe Expansion Card is, says Gigabyte, “a highly flexible and cost-effective solution”, that adds full support for the new specification on any motherboard with a PCIe x4 slot. This means that users won’t have to go out of their way to buy a brand new motherboard just to upgrade their USB specification so that they can enjoy 20GBps transfer speeds. When they do decide to upgrade their system, they can easily move their GC-USB 3.2 GEN2X2 to their new board to add USB 3.2 Gen 2×2 on an additional slot.

“Gigabyte strives to offer users the most effective solutions at the best value. Since the announcement of the USB 3.2 Gen 2×2 specification, we’ve been focused on developing a simple, effective solution for all users alike,” said Jackson Hsu, Director of the Gigabyte Product Development Division. “USB 3.2 Gen 2×2 and Thunderbolt 3 both use the USB Type-C slot but we cater to different needs. After close discussion with many experienced users, we’ve decided that the flagship board will support Thunderbolt 3 which delivers up to 40Gb/s transfer speeds while other products can be paired with the GC-USB 3.2 GEN2x2 PCIe Expansion Card to deliver 20Gbps blazing fast USB Type-C transfer speeds.” 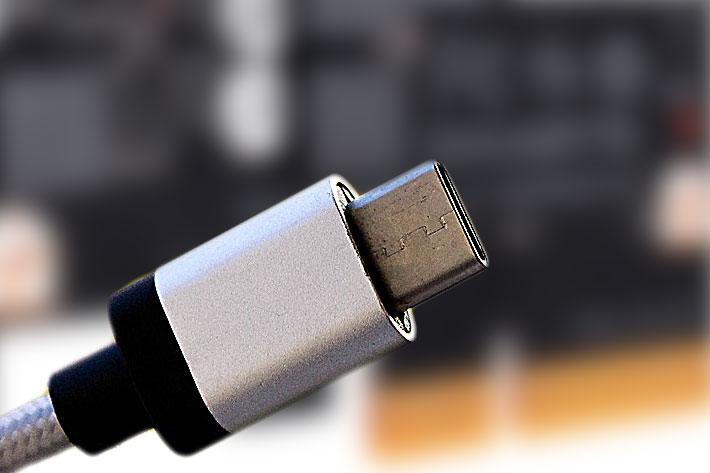 Meanwhile, the industry is already looking at USB 4.0, which promises even more speed. Last September, two years after the announcement of the USB 3.2 specification, the USB Implementers Forum (USB-IF), announced the publication of the USB4 specification, a major update to deliver the next-generation USB architecture that complements and builds upon the existing USB 3.2 and USB 2.0 architectures.

Key characteristics of the USB4 solution include:

As the USB Type-C connector has evolved into the role as the external display port of many host products, the USB4 specification provides the host the ability to optimally scale allocations for display data flow. Even as the USB4 specification introduces a new underlying protocol, compatibility with existing USB 3.2, USB 2.0 and Thunderbolt 3 hosts and devices is supported; the resulting connection scales to the best mutual capability of the devices being connected.