Stories and Photos from the Arab Conflicts 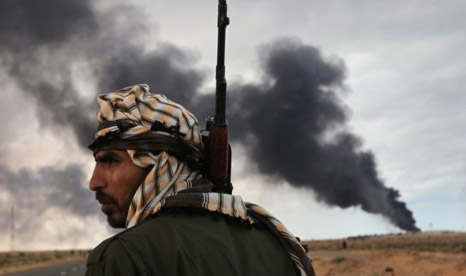 Pullitzer prize winning war photographer John Moore is no stranger to scenes of conflict. As a photographer for the Associated Press and now Getty Images, John has covered almost all the major wars and conflicts in the last 20 years. This video is an interview with him about his last 6 weeks work in Libya, Egypt and Bahrain. The images he has returned with are nothing short of stunning.

I have such an enormous amount of respect for the people who put themselves at risk to bring us images like this. Even in situations like Bahrain where journalists had their equipment confiscated by government officials upon arrival, John managed to get around the issue and deliver incredible images. Just recently , New York Times photographers Tyler Hicks and Lynsey Addario were held captive in Libya by Gadhafi's security forces. Moore says that just prior to their capture they had all been traveling together so the dangers of assignments like this are very real.

Struck by the quality of John's work I did a little more research and dug up another story that I remember well. John was also the photographer who was present during the assassination of former Pakistani Prime Minister Benazir Bhutto.