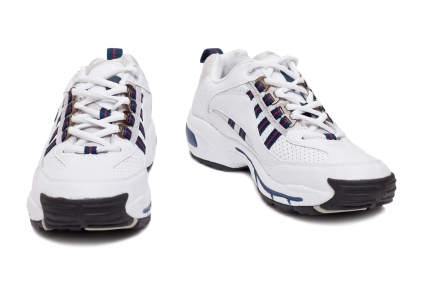 With NAB 2010 just around the corner it’s time to start planning your visit. Checking out the NAB website might feel like an overwhelming task with so many educational opportunities and so many vendors on the show floor. Spread all of this out over the vastness that is the Las Vegas Convention Center and there’s an awful lot to see and do. And if you plan on attending and of the Conference sessions (as opposed to only the exhibits) then you must get registered. If you are hitting only the exhibits then you have to get a pass for that as well. As a post-production professional visiting the show, here’s how I might approach a few days at the event.

Decide on the conference

You must first decide if you’re attending the conference. If so then you must get registered. Do it fast as time is running out. The Post|Production World conference is a great educational opportunity with sessions covering just about every post production topic imaginable. The conference and the educational sessions cost money so that’s why the conference decision is an important one. The Post|Production World sessions are around $1,000 for NAB non-members but it seems that the best buy is the full SMARTpass option that gets you into pretty much everything for $1344 if you register by April 8. If you are going to attend the Post|Production World conference you must look at the Post|Production World schedule Post|Production World schedule and plot out a plan of attack for the classes you want to attend. Don’t wait until you are at the show to try and decide. Look at the big board of class schedules towering over you in the hallway of the convention center can make it much more difficult to choose. If you can narrow down some specific subject matter you want to focus on then that will help decide your sessions. If Adobe After Effects is your concentration then print out the pdf schedule (here’s the pdf link) and plan your week before you leave for Vegas with that schedule in hand. There’s also the Super Sessions Super Sessions that you may or may not attend as well depending on what kind of package you buy. I think it’s very important to plan out your educational session in advance not just because it’s expensive and you want to maximize you investment but because you want plenty of time left to explore the exhibits … oh the exhibits.

The NAB exhibit floor is a large part of what NAB is famous for and is the only reason many attend the show. While the registration price on the NAB website is $150 by April 8 and $200 on-site after don’t spend that money. If you search around the internet you can find many websites (including this one) and vendors that offer free passes. Take advantage of that and then sign on to the exhibits section NAB website exhibits section NAB website and get familiar with their interactive map. The Las Vegas convention center is a huge place and to attack the show floor without a plan, especially if you only have a day or two at the event, will only result in frustration near the end of your visit as you rush around and try to see what’s left. That’s exactly what happened to me my first time at NAB and I vowed never again.

The NAB website allows you to search the show floor by exhibitor so if there are specific vendors you want to visit or certain products you want to see then find their booth location via the interactive map ahead of time you can at least have an idea of where they are located. If you are an iPhone user you can also download the NAB iPhone app which also has its own map as well as the ability to bookmark things by speaker and event. If certain booths are close tp each other then try to hit them as you are near in case you don’t make your way back around to that part of the show floor. Post production is in the south hall with vendors like Avid, Adobe, AJA, Quantel, Blackmagic, Matrox and Autodesk located there. Canon, JVC, Sony, Panasonic and lighting and grip equipment are in the central hall. Even if you work entirely in post it’s worth planning some time in the central hall to check out the cameras from which the footage you’ll be cutting in the following year might come from. Plus there are a lot of cool toys that the camera guys get to play with that is a lot of fun to see. But back in the south hall make a point to stop by some of the smaller booths. You’ll might find a little gem that doesn’t have the marketing muscle of the big booth of the 3 A’s. I’ve found that these small vendors in their small booths are usually more than willing to talk and share all of the information they can about their product. There might only be a single person working at some of these smaller booths (as opposed to what feels like 100 or so employees at the larger booths) so be courteous, ask questions and gather information but if there does appear to only be one or two people at a particular booth let them move on to other NAB attendees if the booth is crowded. These small vendors want to be helpful but they also want to maximize an expensive NAB investment and talk to as many people as they can. I’ve found that you can usually get an email address and the vendors are more than willing to communicate after the show.

The larger booths have lecture and demonstration stages setup and usually have a posted schedule as to what and when certain items will be demoed. Take a note pad or iPhone app of some kind so you can jot down the times for any certain demos you might want to see. It can be tough to plan the scheduled demo time vs. the ability to get around the entire show floor if you have limited time. If you can’t make a particular scheduled demo then ask an official representative as the booth to about the demo topic. There are usually a lot of “official” people working at the larger booths so it usually not too difficult to get some help but don’t be offended if certain people don’t know about what you are asking about. Take a large company like Adobe for example; they have a lot of people there to cover a lot of products so someone who is hanging out near the Flash-section of the Adobe booth might not know about After Effects. Usually they are more than willing to find you someone who can answer your question.

There’s also special events that happen on the show floor. This year NAB has the Post Pit which will be located in the South Hall and, according to the NAB website: “brings together users, rock stars and creators of the most savvy and dynamic post-production software available. During the day, post-production geniuses take the stage to give hot and exclusive tips, while at night, no matter your platform of choice, you can join together with fellow pros for a uniting reception.” This looks to be a place to score a ton of information with sessions running about every 30 minutes. I’ll be making a presentation too on Wednesday at 3:30 about out 5D multicam show.

Be aware that you can obtain a lot of swag at the show but a lot of what the booths have to give out is printed literature. Only take what you really want to study later as all of that heavy printed paper, folders and cardboard can add up in your bag over time and get heavy. Plus a lot of it just ends up in the garbage anyway. All of the information will probably be available on a particular vendor’s website anyway. If you can get the particular t-shirt, hat, keychain, USB stick, knick-knack, whatever then that’s a better score anyway. But don’t be a swag hog as this stuff costs money and most of it ends up gathering dust.

There’s an NAB bookstore located in the North Hall that I always browse for tons of great book titles that you probably won’t ever see anywhere besides at that bookstore and Amazon. Plus they have some t-shirts, hats and that type of thing that only an NAB attendee could want to buy. And it’s the best place to pick up something for the kiddos.

If you are planning to stay into the final hours on Thursday then you might be able to find some good deal on equipment as the vendors begin to tear down their booths. The exhibits run from 9 am to 2 pm on Thursday, April 15 but many vendors will begin packing up well before 2 pm. That’s when the deals can be made as many of them would rather sell you the equipment at a nice discount then pack it up and ship it home. The gear will be used and it might be scuffed or dinged but it the deal is right then it may be a deal you’ll never get anywhere else.

This article is all information that many NAB veterans have heard before but I hope for the NAB newbie it’s a nice summary that might make your visit a bit more pleasant, organized and rewarding. And final piece of advice is one that I’ve heard more than any from NAB veterans … wear comfortable shoes.