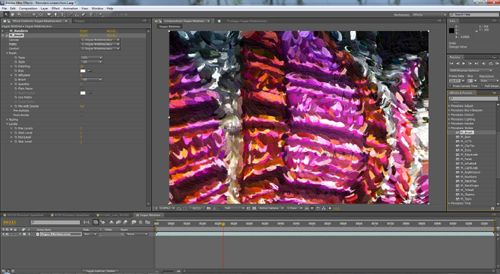 With an array of stunning effects not found in any competing products, Monsters GT is the ideal suite of plug-ins to set any post-production house apart from its competitors. These unique tools include :

Previously only available on high-end compositing systems like Autodesk and Quantel, this new version of GenArts Monsters now extends the same opportunity for creativity to motion graphics artists using Adobe After Effects. Historically, these artists have faced some of the biggest creativity challenges because their graphics are only onscreen for short periods of time. Monsters GT overcomes this barrier by enabling a huge visual impact in a small space of time. A completely revamped user interface offers the intuitive settings and controls that have made GenArts products the industry standard for more than 13 years. In addition, Monsters GT has been optimized to support GPU and floating point, enabling real-time interactivity at HD resolutions, faster render speeds, and the highest image quality and dynamic range available. 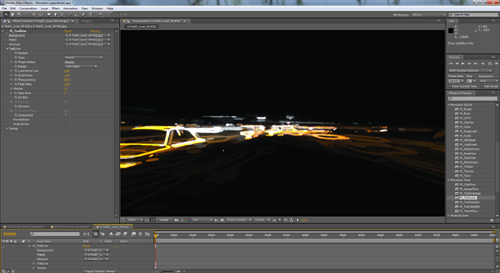 “Raising the bar in visual effects whilst constantly upgrading our infrastructure and keeping to budget is always a challenge,” said Mark Wildig, CTO of Smoke and Mirrors. “We’ve been using Monsters on Autodesk systems for years and we’ve always loved the looks they create, but they’re sometimes difficult to control. The availability of Monsters GT will significantly change the game. The new combination of control and performance will allow us to push the boundaries of our creativity at all levels.”

“Visual effects artists and post-production facilities are constantly looking for new ways to differentiate themselves by creating an unrivaled product for their customers in an era of shrinking budgets, and Monsters GT delivers,” said Steve Bannerman, CMO, GenArts. “Featuring effects you can’t find anywhere else, coupled with outstanding control and performance, one thing is crystal-clear: This is definitely not your father’s Monsters.”

Pricing and Availability
GenArts Monsters GT for After Effects will be available in May 2010. Pricing will be $999 for either node-locked or floating licenses. GenArts Sapphire/Monsters bundle will be offered at $2,299 (node-locked only).

GenArts will showcase a pre-release demo of Monsters GT in Booth No. SL2607 at the 2010 NAB Show, held April 10-15 at the Las Vegas Convention Center in Las Vegas. Please visit www.genarts.com for more information on GenArts Monsters GT and our appearance at NAB.
Since the company’s founding in 1996, GenArts software has been utilized in thousands of films, television broadcasts and commercials, including more than 20 Oscar-nominated pieces such as Titanic; I, Robot; Armageddon; Star Wars Episode I, GT and GTI; The Matrix trilogy; The Lord of the Rings trilogy; Pearl Harbor; Spider Man; Pirates of the Caribbean; Harry Potter and the Prisoner of Azkaban; Transformers; The Chronicles of Narnia: The Lion, the Witch and the Wardrobe; Avatar and many more.
About GenArts

GenArts, Inc. is the premier provider of specialized digital visual effects for the film, broadcast and video industries. As visual effects have become essential to the art of storytelling, GenArts’ tools have emerged as the standard for creating high-end visual effects at leading studio, broadcast and post-production facilities around the world. GenArts’ products have been used extensively to create an array of breathtaking effects for countless feature films, television shows, commercials and music videos. GenArts enjoys the unique distinction of having been a key component of an Oscar-nominated film for the past 13 consecutive years.
The GenArts Sapphire™, Monsters™, Raptors™, Tinder™ and particleIllusion™ portfolio equips digital artists with a collection of state-of-the-art visual effects such as glows, light rays, lens flares, film, fire, fluid and particles to create the continually innovative looks that bring the entertainment industry’s dazzling stories and broadcasts to life. GenArts tools seamlessly integrate as software plug-ins into all leading editing and compositing systems. GenArts was founded in 1996 in Cambridge, Mass. www.genarts.com.