The VR and 360 degree video universe is crowded with solutions, all promising the best experiences in the world. Now there is a new audio solution for Cinematic VR and 360-degree video, Works, from G’Audio. 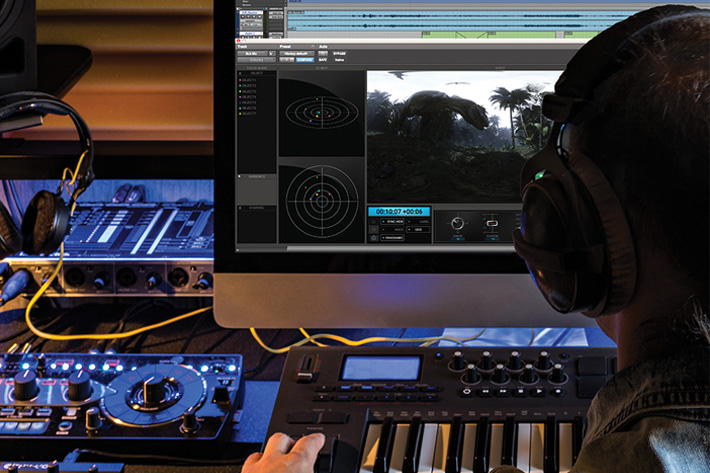 Filmmakers and sound engineering professionals were able to offer life-like hearing experiences to the end user through the use of G’Audio Works, a plugin which can be seamlessly added to Pro Tools.

We wrote here, before, that Virtual Reality is highly dependent on sound positioning for complete immersion, something that has been missing from some solutions. Dirac Research presented at CES 2017 one solution it says offers the proper way to reproduce sound in a virtual world. They are not alone though, as G’Audio Lab also has technology that according to the information available ushers sound into a new dimension.

Officially launched recently, G’Audio Works, a spatial audio plug-in for Digital Audio Workstation, has been extensively tested before launch. During its beta period, states the company,  Works proved to enable filmmakers and sound engineering professionals to provide life-like hearing experiences to the end user, by placing them in the soundscape and accurately reproducing the direction and position of sounds in a given environment.

Henney Ho brought to the company his 15 years’ experience working with advanced audio technologies and a portfolio of more than 1000 worldwide patents, most of them related to audio. Henney was a research professor at Yonsei University and went on to hold executive positions at several companies including LG Electronics where he served as chief research engineer and led projects to develop and commercialize audio technologies including Clear Voice and Infinite Sound.

Henney holds a bachelor’s degree, a master’s degree and a doctorate in electrical and electronic engineering from Yonsei University in Seoul, Korea. He now serves as chairman of the audio sub-group for UHDTV broadcasting standards in Korea and over the past decade has been actively involved in many high-profile international standards organizations, including the Moving Picture Experts Group (MPEG), ITU Telecommunication Standardized Sector (ITU-T) and Advanced Television Systems Committee (ATSC). 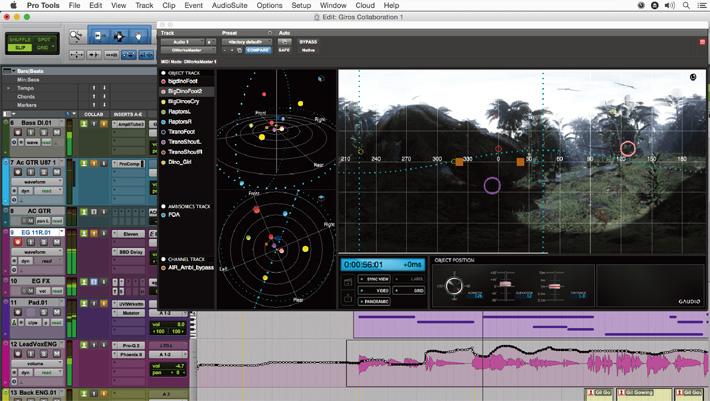 Guaranteeing accurate sound reproduction, Works can be seamlessly added to Pro Tools as an AAX plug-in with the following features and capabilities at no cost:

The Cinematic VR portfolio from G’Audio includes Works and G’Audio Sol, a spatial audio player specifically designed to render cinematic VR and 360° videos, that boasts the following features and capabilities:

When Works is used in combination with G’Audio Sol, VR sound becomes more interactive than ever by reflecting the listener’s head orientation and interactive motions with real-time calculation of relative sound source positions. Works and Sol are, according to G’Audio, the only tools in the industry that support both First Order Ambisonic (FOA) format and G’Audio’s proprietary GAO format, a mixture of mono, channel, ambisonics based audio signals designed to deliver 3D audio to its fullest potential.

“While today’s 3D movies and interactive video content are successfully immersing users in a simulated experience, there’s still a void in the market for audio solutions that can deliver truly interactive sound,” said Oh. “We are filling that void by offering the interactive 3D audio tools needed to cultivate better and more dynamic sound experiences with any regular headphones.”

In fact, what Works promises is “the third dimension sound with interactivity”, which is, adds the company, “more advanced than surround sound”. While it’s possible to identify sounds coming from behind you, above you, or at your sides using 3D sound, what’s truly needed for a complete VR experience is interactive 3D audio. Sound localization should be in effect not only for moving sound sources in a scene, but also for the listener, who has the ability to move about freely in a virtual environment. Thus, in order to provide a truly realistic experience, sound should be adjusted for in real-time following the movement and head orientation of the user.