While for some Virtual Reality is already old news, and Augmented Reality is the next big thing, Dirac Research believes it has crossed the final frontier to make VR real. The company shows how at CES 2017. 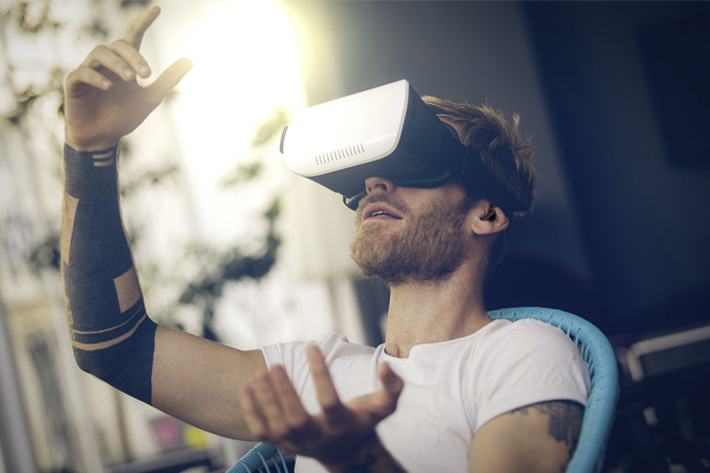 Virtual Reality is highly dependent on sound positioning for complete immersion, something that has been missing from some solutions. Dirac Research says it has found the proper way to reproduce sound in a virtual world.

In fact, simultaneous visual and aural immersion is the linchpin of a true virtual reality experience— yet, until today, the limitations of the 3D audio technology used in VR/ AR programming have prevented this true immersion from being created, rendering a VR experience with too many reminders that true reality exists elsewhere. Not withstanding the rest, the problems with sound also contributed for VR to not become the mass attraction some expected in 2016. We’re in 2017 and Augmented Reality may be, according to some, the “next big thing”, Still, some believe that with the proper technology, it is possible to have a truly immersive VR experience. In it, users no longer notice they’re wearing a headset.

According to information distributed by Dirac Research, “a final frontier in making virtual reality real will be crossed at CES 2017” when the company, known for its platform-optimized sound enhancement technology, introduces its Dirac VR platform featuring patent-pending dynamic HRTFs (head-related transfer functions) that consider the isolated movements of the head in relation to the human torso. The demonstrations are taking place at the Venetian Hotel in Suite 31-215, from January 5-8, 2017.

“Dirac VR is a high-end alternative to existing positional audio technologies for headphones,” explained Dirac Research CEO, Dr. Mathias Johansson. “Dirac VR enables transparent sound reproduction and the highest accuracy in localizing sound. For example, if in a VR environment a helicopter is hovering 10 yards in front of me, regardless of which way I turn my head, that helicopter needs to and will stay perfectly fixed. Only Dirac VR can achieve this precise sound localization and accuracy.”

According to Dr. Johansson, it takes a while for a theory to achieve the level of accuracy and quality needed to completely fulfill its promise in practice. “In VR, sound quality requirements are actually greater and more important than in many other applications, as the goal of VR is to fully immerse users, convincing them that they are in fact in a different world. If any detail of the sound playback is flawed it immediately dissolves the illusion of true reality. Dirac’s approach to optimizing sound for VR pays great attention to detail. Not just a single detail, such as the dynamic HRTF approach that we developed and pioneered, and is fundamental to the quest of true immersion, but every detail that will impact the reproduction of sound in a virtual world.”

Dr. Johansson credits the company’s 15 years of experience in room acoustics optimization, in addition to the optimization of sound for speakers and earphones of all types, with giving Dirac an edge in optimizing sound for VR. “We knew from experience that we had to delve deeper than anyone had thus far delved. We knew that simply measuring an HRTF with a dummy head and adding some reverberation would not cut it.”

Dirac reworked the entire process of HRTF measurements to come up with error-free and completely accurate high-resolution HRTFs. They improved their existing technologies that are used to simulate real acoustic venues in various acoustic settings – such as the Gothenburg Concert Hall reproduction in the Volvo XC90 B&W Sound System that was just named the Best Sound System of the Year by Car Tech Awards — and they had to use all of their insights and knowledge gained over the last 15 years in room acoustics and psychoacoustics to come up with a solution in line with their ambitions for VR.

Dirac Research has been a leader in platform-optimized sound enhancement technology for more than 15 years, serving a global network of customers in the Mobile, Home, Professional, and Automotive channels. The company’s list of clients includes a blue chip portfolio of technology leaders such as Rolls Royce, Bentley, BMW, Volvo, Harman, Pioneer, OPPO, Arcam, Datasat, Huawei, OnePlus, and Xiaomi.