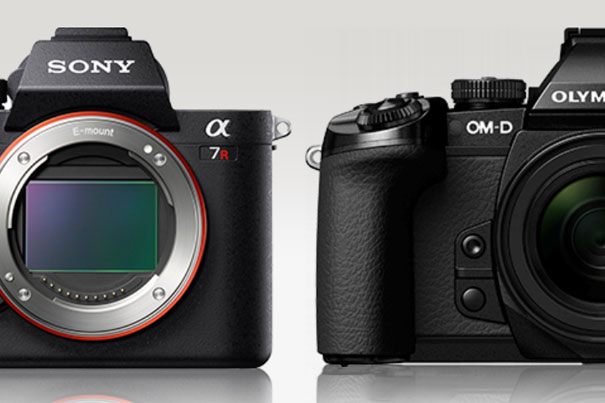 People have the perception that Micro Four Thirds is a very small format, meaning small cameras, but they should probably look again: the new full frame Sony A7R II is smaller than the Micro Four Thirds Olympus OM-D E-M1! And this is just one example that the marketing has been saying wrong things in recent years.

For this example I leave aside number of pixels, the effect different sensor sizes have in the optical characteristics of images and the rest, lenses included. I will refer to sensor size because, to a certain extent, a bigger sensor always means better images, through bigger pixels and better light gathering characteristics. That’s a fact, so there is no reason to discuss it here either. And according to marketing, a bigger sensor need a bigger body. Well, they’re wrong.

What interest me in this article is to share with readers the fact that the most recent Full Frame camera from Sony, the mirrorless Sony A7R II, is smaller than the Olympus OM-D E M-1. Does it matter? Well, it matters, because the whole reason why Micro Four Thirds was created, according to Olympus, was to offer users “size and weight reduction of camera systems”. 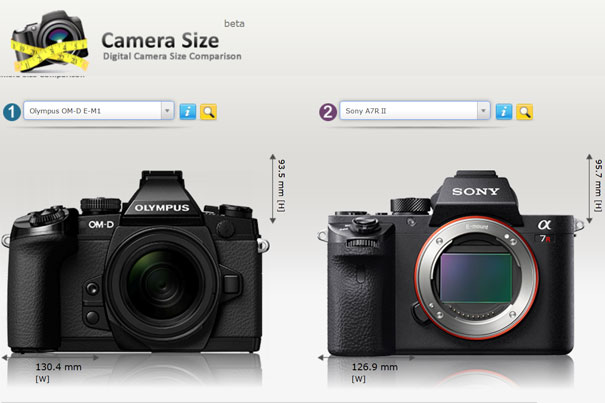 To understand what Olympus wanted to achieve it is necessary, though, to go back to their original system, Four Thirds, created with Eastman Kodak, presented in 2002. The system, which was an open standard, aimed to be the base for a new breed of DSLR cameras. Olympus stated in the documents available then that “the core design concept of the Four Thirds system is to facilitate optimization of the size, performance, and extendibility of digital cameras and lenses. In addition, a standardized lens mount allows photographers to freely combine interchangeable lenses and cameras from different manufacturers. This is the key feature of the Four Thirds system, the one that makes it possible to explore the full potential of digital photography.”

As no one seemed really interested into the concept – especially Canon and Nikon, which had their own lens mounts, and Sony, that creates a new mount each three years… — Olympus was mostly left alone with their system. So, they abandoned it all together, after some time, and created a variation, the Micro Four Thirds, launched in 2008, with Panasonic. Contrary to Four Thirds, the Micro Four Thirds is not an open standard, meaning companies wanting to use it have to have permission from Olympus and Panasonic. 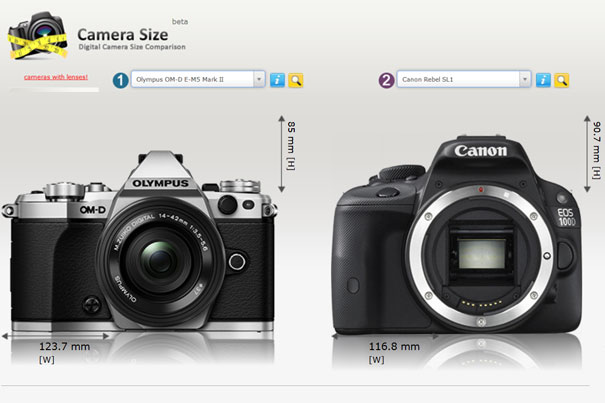 Although based on the same sensor, the Micro Four Thirds system cuts completely with the concept of a DSLR, and Olympus creates the mirrorless, believing that “increased emphasis on Live View shooting, and demand for movie shooting capability” justify the decision. Besides, the aim is to further reduce size and weight of camera systems.

The idea of Micro Four Thirds being small continues to be present today, seven years later. If asked, most people will point to the format as offering the smallest form factor cameras for anyone wanting to evolve from the small sensor size of compact cameras. The problem is that when you sit down and compare numbers you come to an interesting conclusion: both APS-C and now Full Frame cameras have come down in size, and the most evident example of how things have changed is the new Sony A7R II. 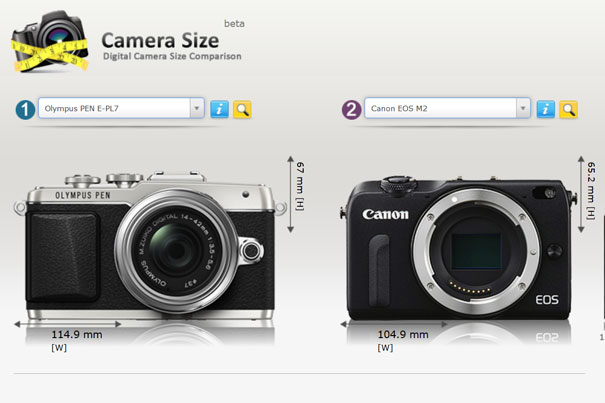 Now, if we go after the idea that a full frame sensor offers better quality than a smaller sensor, which camera would you choose? This means that Sony made quite a feat cramming a 24x26mm sensor inside a camera that is about the same size as Micro Four Thirds model. Yes, it is heavier, some 128 g, than the Olympus model, but, still according to numbers, this is not always the case. One example? The Olympus PEN Lite E-PL3 weighs 313 g while the Canon EOS M2, which is an APS-C mirrorless camera, weighs only 274 g.

I do know that some of these comparisons may put side by side cameras with different specifications, but it was Olympus who suggested that the Micro Four Thirds was created to offer smaller camera bodies. So I could not resist comparing the Canon Rebel SL1, one of the smaller APS-C DSLRs available with the Olympus OM-D E-M5 Mark II. Well, the Olympus has 123.7x85x38 mm against the 116.8×90.7×69.4 mm from the Canon. Furthermore, the Olympus weighs 496 g and the Canon has 407 g, again including batteries and memory card. One more note I deem important: the Canon has a built-in flash, meaning you’ve light when you need it, something the Olympus does not offer. Meaning you need to carry an external flash with you.

Exploring further I decided to compare the Panasonic Lumix DMC-G3 with the Canon Rebel SL1, only to find out that the Panasonic is only 25 grams lighter, 1.6mm narrower, 7.1mm shorter and 22.7mm thinner. That’s how different a Micro Four Thirds mirrorless camera is from a APS-C DSLR. It could be said that these are different cameras, but what stops Canon – or Nikon – from implementing on the smaller DSLR many sophisticated features is their marketing strategy that keeps those features for more advanced models. 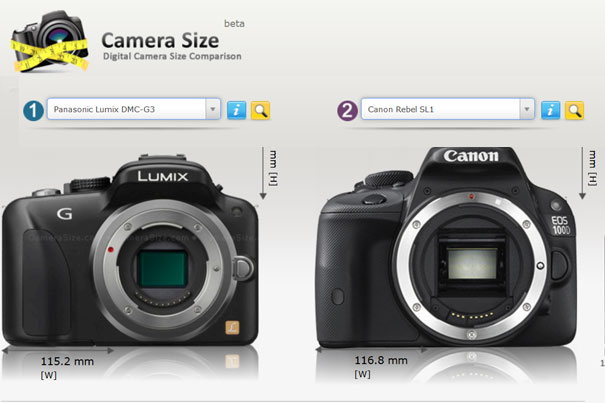 What’s really important here and the fact I want to make clear in this article, is that the perception we have of camera formats and size is not correct any longer. Things are different whn it comes to lenses, but as far as cameras go we need to readjust what we think we know. It is an important discovery, because it will make people define in a new way what their next camera will be. Or, at least, help them to not fall for the marketing blurb. The Sony A7R II is, in that sense a game changer. For the first time, as far as I know, a Full Frame camera is smaller than a Micro Four Thirds model. What’s going to happen next?