Fujifilm recently announced the GFX100S, a new 102MP digital camera. The GFX100S is set to be released in late February 2021 as the newest addition to the GFX Series of mirrorless digital cameras equipped with a large format sensor that measures about 1.7 times the size of a 35mm full-frame sensor.

The GFX100S is a mirrorless digital camera that uses a 102MP large format sensor with Fujifilm’s unique color reproduction technology. Its compact and lightweight body, weighing just 900g or just under 2 lbs.

The GFX100S boasts an impressive 6.0-stops of five-axis image stabilization mechanism as well as an autofocus function with a high level of speed and accuracy. Even Fujifilm states that the autofocus speed on the GFX100S will not be as fast as newly-released full-frame mirrorless cameras like the Sony Alpha 1, or Canon R5, maybe the Nikon Z7 II. But, hey, 102 MPs on a 1.7x larger sensor will come with at least one engineering compromise and worth it.

The Fujifilm states the GFX100S delivers unprecedented portability for a digital camera carrying an image sensor bigger than 35mm full-frame sensors, broadening the scope of photographic situations for its users.

According to Fujifilm, the GFX100S is an innovative mirrorless digital camera that offers superior image quality more effortless than ever before. Rich tonal reproducibility and shallow depth-of-field unique to the large format sensor realizes three-dimensional definitions. It is a perfect choice for professional photographers who want to take advantage of the large sensor for added photographic expressions and photography enthusiasts who wish to enjoy the world of 100MP images while hand-holding the camera.

The GFX100S features a back-illuminated image sensor with excellent light-receiving performance. Despite the ultra-high sensor resolution, the camera takes advantage of its wide dynamic range to achieve rich tonality and low noise. Clipping in highlights and shadows is reduced to create images in three-dimensional definitions as seen by the naked eye. The shallow depth-of-field unique to the large format sensor also renders the background out of focus for smooth bokeh.

The Fujifilm GFX100S can also shoot 4K/30P video with a 4:2:0 10-bit video, likely HEVC, onto an SD card. If you want a full 10-bit file, you will need to record the video onto an external recorder via the HDMI Port. ProRes RAW?

The GFX100S supports the highly efficient H.264 and H.265/HEVC compression codecs as well as the “F-Log” mode that reproduces rich tonality and the “Hybrid Log-Gamma (HLG)” for recording high dynamic range (HDR) footage with ease. The bit rate can be set up to 400Mbps to produce video as intended.

When the Fujifilm GFX100S is paired with an Atomos Ninja V, users can record ProRes RAW. 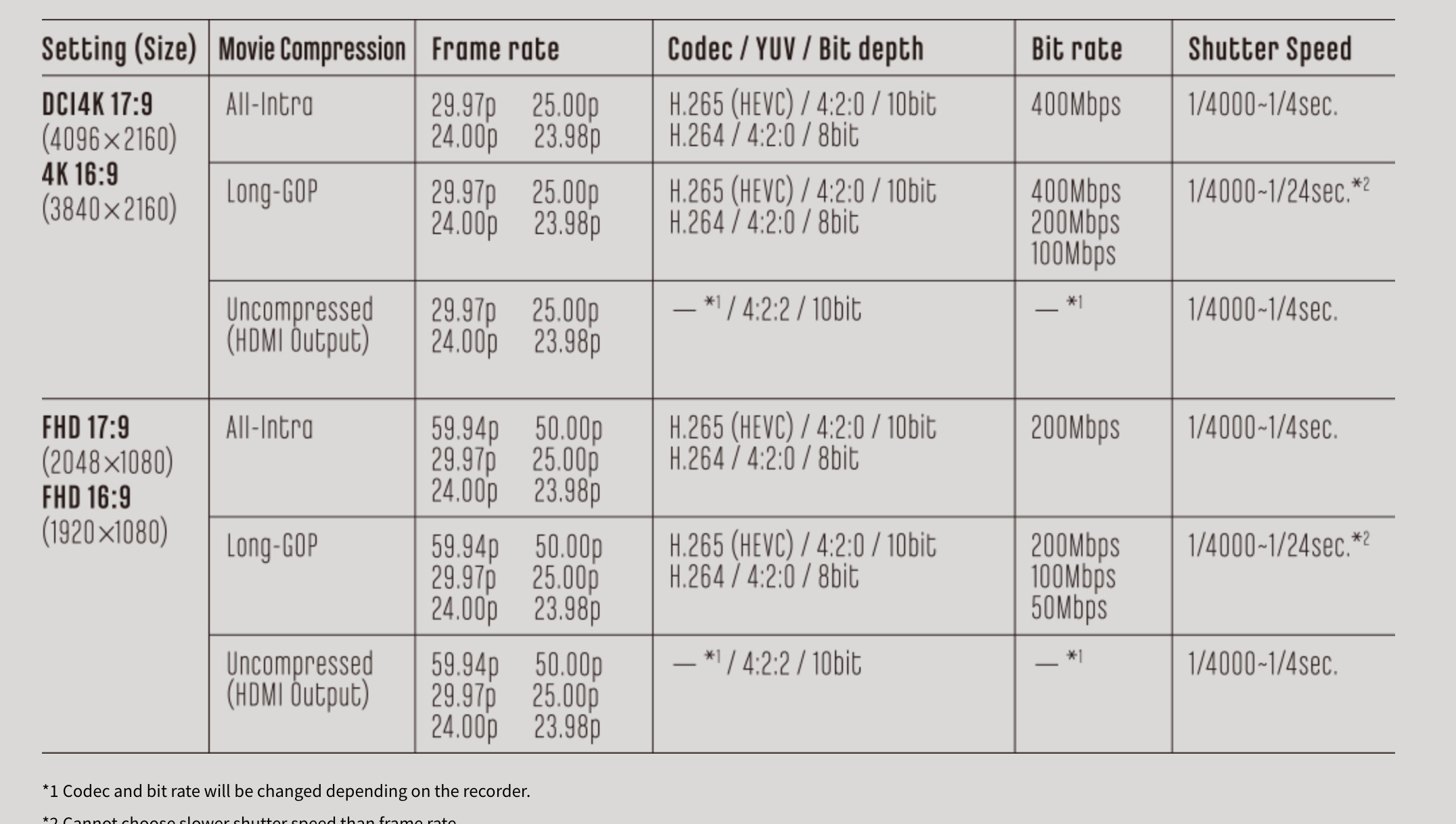 The GFX100S features a newly-developed up to 6.0-stops of five-axis IBIS mechanism. It is connected to the camera’s baseboard in optimized wiring to make the unit smaller by approximately 20% and lighter by about 10% compared to the IBIS unit in the GFX100.

This newly developed IBIS mechanism uses a high-performance gyro sensor and acceleration sensor and an updated algorithm for detecting vibrations for better image stabilization than the GFX100. 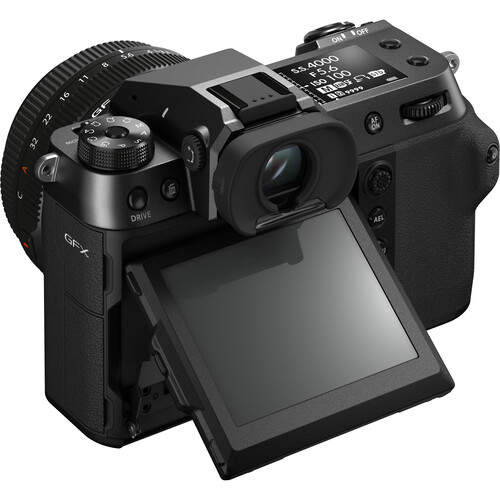 According to Fujifilm, the GFX100S delivers fast and high-precision AF thanks to the high-speed image processing engine “X-Processor 4” and the image sensor that has 3.76 million phase detection pixels across the surface (approx. 100% coverage). The algorithm for movement prediction and face/eye detection has been updated to accurately track a moving subject and people within the frame, ensuring capturing decisive photo moments.

The camera is said to be able to attain focus smoothly even in near-darkness conditions down to -5.5EV*5, such as in a dark room or at night outdoors illuminated only with starlight, providing users with accurate AF in low light. 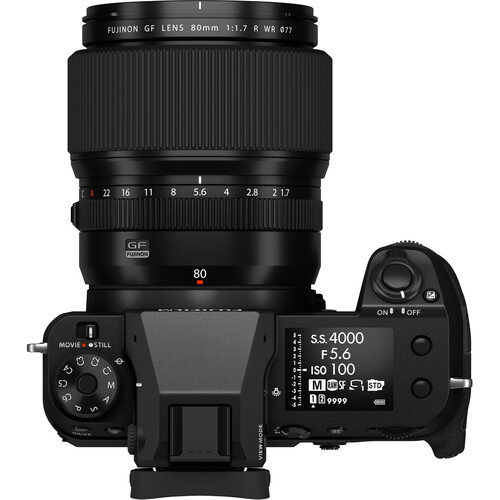 The GFX100S offers the new Film Simulation mode “Nostalgic Neg.”, characterized by high saturation and soft tonality. This mode uses colors and tones reminiscent of the “American New Color”, which emerged in the 1970s to replace monochrome pictures with color photography as the mainstream style for photographic fine arts.