There are a ton of resources on lower thirds. Here’s a sampling… 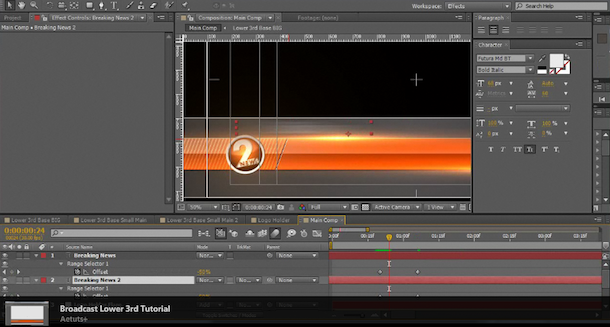 There are a ton of resources on lower thirds. Here’s a sampling of some free — and less free — templates, downloads, and tutorials that help leverage or create them in After Effects, Photoshop, and Premiere — and some to automate their production.

In Design Your Own Broadcast Lower Thirds at AEtuts+, Stefan Surmabojov uses simple built-in tools like masks, gradients, shadows and bevels in After Effects to create a broadcast quality lower third design.

Premiere Pro Title Collection by Jarle Leirpoll was released for free in November 2013. You get 3 Lower Thirds templates, an End Credit template, a collection of special characters that you can copy/paste into other titles, and more. 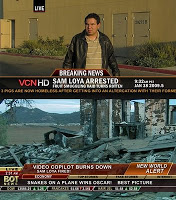 If you don’t like the free templates that come with your NLE — built-in Premiere and After Effects templates are very stale at this point — these might come in handy… Video Copilot has some free templates for TV news-style lower thirds in Free News Templates. Also, a ton of low-cost templates now pop up on Google searches — so many that there are also many free templates to attract customers.
To leverage what you’ve got, Andrew Devis posted Using & Creating Title Templates in Premiere, and if you need a jump start in After Effects, Kevin McAuliffe has AE From The Ground Up – Chapter 1 Lesson 1. Richard Harrington covers Premiere (Making Lower Thirds) and Photoshop in Lower Thirds (3 parts), Designing Lower Third Graphics (2 parts), and Making Lower Thirds (2 parts).
The process had been straightforward in Final Cut, except for the lame text plug-ins. For the old Final Cut, these free filters were handy: Andy’s Basic Text by Andy Mess and Lower Third by Alex Gollner. They should be available for free now for FCPx.
Of course, there are a ton of low cost templates available. For example, Motion Array has advice on helping you Choosing Lower Thirds, and hope you buy their templates. See also Pond5, Jakub Hroch, among many others — except aedownload unless you want an unending cascade of spamie browser windows. 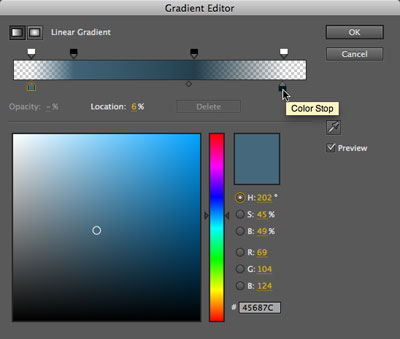 Awhile back, Lynda.com released Premiere Pro and After Effects: Creating Title Graphics with Chris Meyer and Trish Meyer, which “covers building and modifying text animation presets, using shape layers to create graphic elements, and establishing dynamic connections between After Effects and Premiere Pro using the Dynamic Link feature. The course also includes design and workflow suggestions.” You can find the same short course on PVC, in Using After Effects as an Advanced Titler for Premiere Pro.

Earlier, Artbeats provided an After Effects tutorial video, Lower Thirds in Half the Time by Steve Holmes, and Ninja Crayon had a funny take on a newish Artbeats collection in Artbeats Lower Thirds?

There were several more tutorials on lower thirds on Adobe TV, one from Motionworks, Transparent Graphics in After Effects from Post Fifth Pictures, and relevant stuff by Alan Shisko in Making It Look Great 2 and Edgy Glints.

There a bunch of newer tutorials of variable quality for various skills levels. At the most basic level you can animate a Photoshop file on with the Push Transition, or you can try something more interesting like Video School Online in Minimalist Lower Third After Effects Tutorial:

Stjepan Alaupovic at StreamingMedia shows how to use shape layers to create, customize, and animate lower-third graphics with Adobe After Effects CC 2015.

In Self Resizing Lower 3rds – Adobe After Effects tutorial, Evean Abrams showed you how to “create lower 3rds that change their size depending on how long the text is.”

There’s even an After Effects script, Lower Thirds Composer v1.0 (released in January 2016), which automates lower thirds creation based on 44 templates.

Previous to the CompsfromSpreadsheet script, Dale Bradshaw developed a script (CSV to Text Layers) posted at his blog Creative Workflow Hacks in How to use a spreadsheet to generate Lower Thirds, Slates, Titles, etc. in After Effects. It was later updated for CS5.

“While expressions are great because they are constantly dynamic, one of the downfalls of using them is that they need to be evaluated every frame in time which can become an exponential rendering problem when you have many layers with many expressions on each one. This particular problem of versioning I think is better solved with a script which only needs to be evaluated once at run-time.”

See also the Spreadsheets to Lower Thirds in Premiere and After Effects mini-roundup.

See too A CSV Text Data Plugin for FCPX/Motion 5 for “a small plugin for FCPX/Motion 5 that will allow you to import a CSV file to create text plates for things like slates, lower thirds, and titles. FCPX continues to be a work in progress and I have the same reaction as most people. Seems powerful, but where’s x, y, and z? In the short term we seem to have lost a lot of data in xml transfers so I was looking for a way to populate slates in my projects without a lot of typing and this seemed to fit the bill. This is the first public release so don’t use it in sensitive production projects until the plugin is battle tested because the project format for arbitrary data seems somewhat fragile and it seems easier to corrupt FCPX project files…”

For some additional fun, see How to update multiple titles in Premiere Pro using InDesign from Paul Murphy (December 2013),