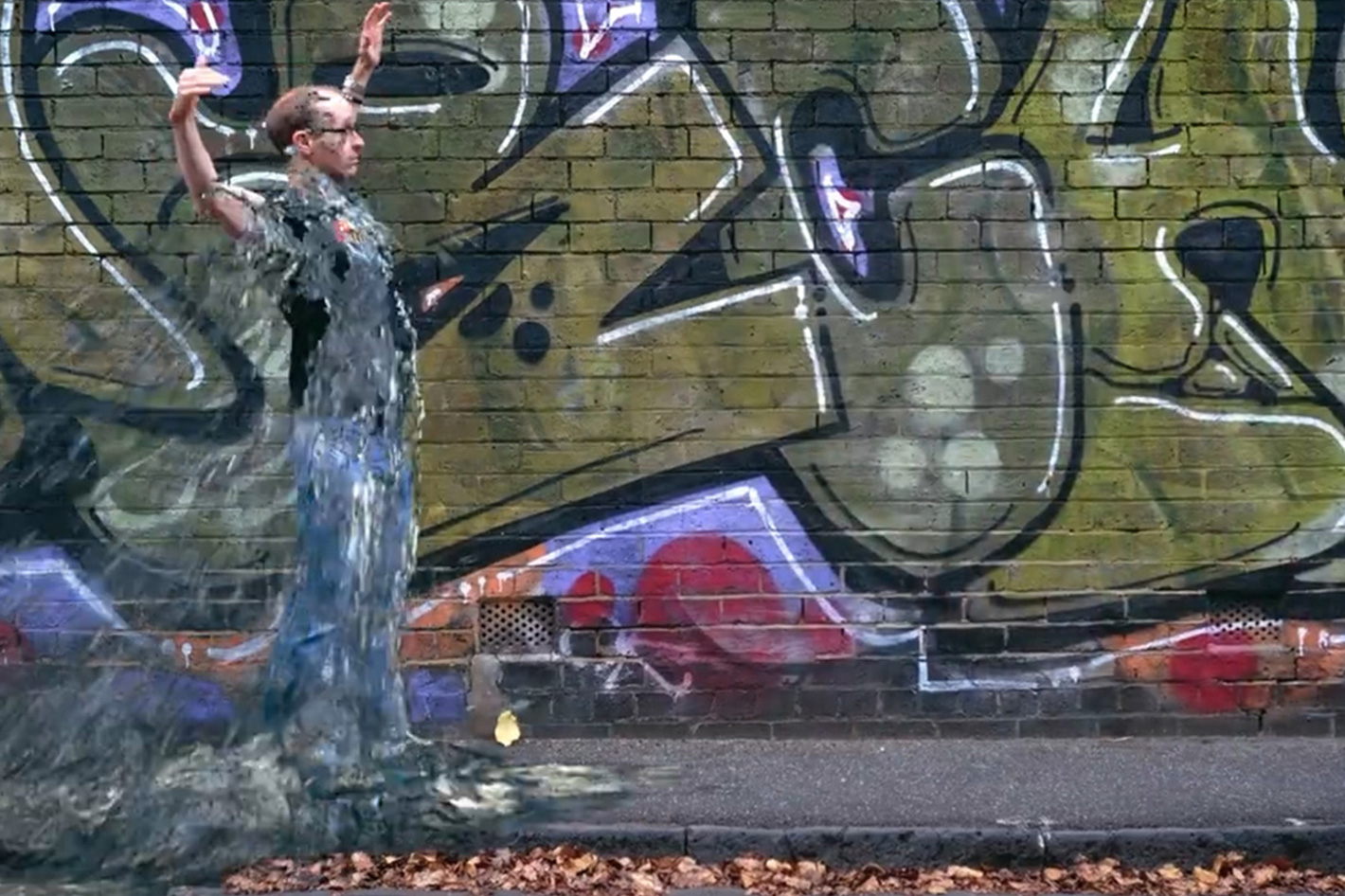 Visual effects artist Surfaced Studio shows how by using a RTX 2070 GPU on a laptop GPU allows artists to create fluid simulations faster than with a CPU alone… and also how to destruct walls faster!

The Fluid Simulation video shared by NVIDIA on a blog post from the series In the NVIDIA Studio, which celebrates featured artists and offers creative tips and tricks, is not new, as it was first published in Surfaced Studios own YouTube channel in October 2021, with an explanation of how the effect was achieved. NVIDIA picks the film sequence now to show how by using a GPU creative artists can make their workflows faster.

For the Fluid Simulation sequence, Surfaced Studio first combined two video clips in Adobe After Effects before importing it into Blender. By using his RTX 2070 Laptop GPU to create fluid simulation with the Mantaflow fluid feature, he was able to bake the simulation faster than with a CPU alone.

You need to visit the Blender community to find out more about Mantaflow baking with sparse volumes on the GPU. There you discover that back in 2018 a study was published – “Fast Fluid Simulations with Sparse Volumes on the GPU” – that led to a video, from May 2020, showing “a blazing fast fluid simulator”. The authors of the paper conclude that “overall we can achieve simulation times that are up to an order of magnitude faster than similar CPU-based solutions” and a comment on the Blender community notes that “the new algorithm has the capability to speed up liquid simulations by up to 27 times.” 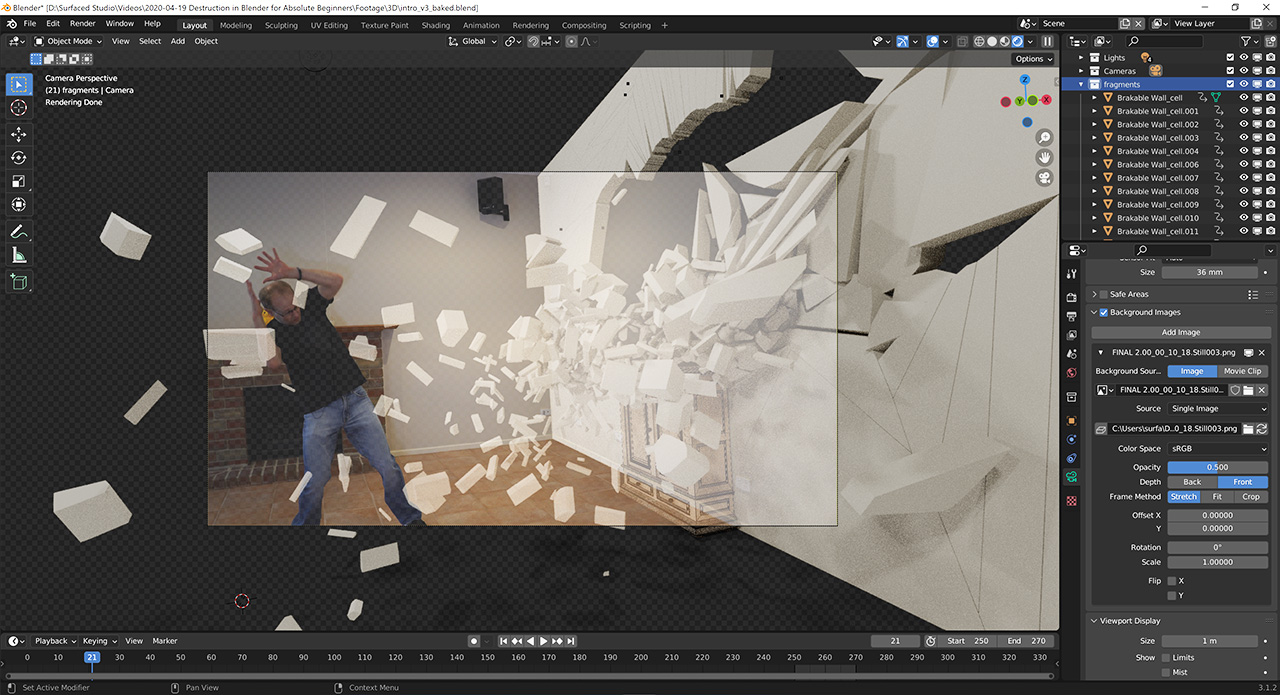 Now that we’ve explained some of the science behind the process, it’s time to look at Surfaced Studio’s workflow. Working with the RTX 2070 Laptop GPU saved Surfaced Studio countless hours of interactive modeling and rendering thanks to the accelerated workflow in the fluid simulation, motion blur effects, animation and mesh generation.

“A lot of the third-party plugins that I use regularly, including Boris FX Mocha Pro, Continuum, Sapphire, Video Copilot Element 3D and Red Giant, all benefit heavily from GPU acceleration,” the artist said. Refining colors with the Hue/Saturation, Brightness and Color Balance features also benefited from GPU acceleration. Surfaced Studio used the GPU-accelerated NVENC encoder as a finishing touch to rapidly export his final video files.

Destruction, the second video used for this presentation at the series In the NVIDIA Studio was generated following a similar creative workflow to Fluid Simulation. 3D scenes in Blender complemented video footage composited in After Effects, with realistic physics applied.

Visit NVIDIA’s website to read the entire article about visual effects artist Surfaced Studio and discover more about the techniques used to create the two videos. The extra links and videos we publish here will also expand the amount of information you can read about the subject.