I’ve had this beast for about a week, and I’m in love. 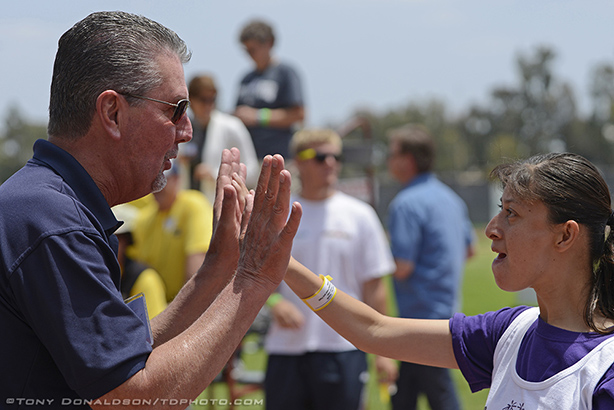 I’ve been dying to get my hands on a Nikon D800 since it was announced a few months ago. As they started trickling in to the States, I started scouring retailers to get one. A friend on the opposite coast found me one, and I jumped on it!

While it made its cross-country trip, I took some time to download a pdf of the manual. It is over 400 pages (English-only!), so I loaded it up onto my Kindle Fire and started reading. It’s a LOT of stuff to read. But it also is harder to fully comprehend without the camera in-hand. Still, at least I’d know what to do and what it was capable of when it arrived.

The package arrived on a Monday, and I ripped into it like an excited kid on Christmas. I mounted a 50mm Nikkor lens on the front of the camera, and looked through the big, bright viewfinder. It is amazing. And shooting a photo with it gave a beautiful vignette (the light falloff on the edges), and even without a card in the camera, it will hold one image in memory in “Demo Mode”. My God that 3.2-inch screen on the back is like an HDTV. A BIG one. I picked the camera up from my mail box, so I immediately put the battery on the charger on an inverter. At least California lawmakers haven’t outlawed charging batteries while driving. Yet.

I took it home and started playing with it, it was dark by the time I arrived home. I spent some time shooting photos around the house and setting it up, “moving in” to the new camera via the settings. I don’t normally have to spend as much time referencing the manual, but the D800 has a lot of great custom controls. Even more than the D3-series bodies had.

With the camera arriving and my cousin, an actor, needing new headshots, I called him and set up a shoot to test it out. Here’s the result, including the full image (almost a 3/4-length) and cropped in to details: 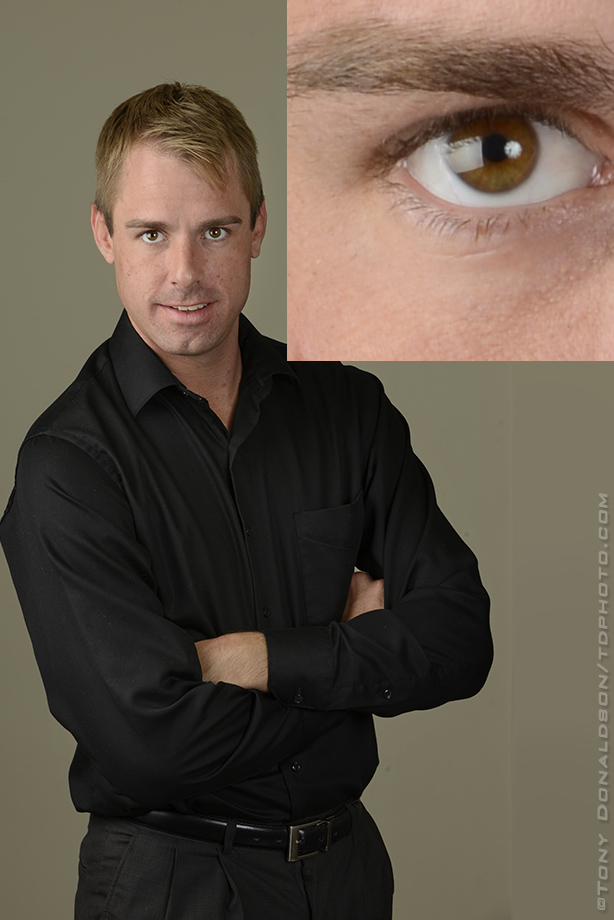 I was just setting up lights, you can see every detail in his eyes/eyelashes in the inset from the original image. 36 megapixels offers detail and sharpness unlike anything I’ve used in 35mm, or even medium format film. And this wasn’t shot with a prime lens, it’s a zoom! The jpeg files alone open to around 105 megabytes. Go for a 12 or even a 14-bit NEF file and you’re looking at SIGNIFICANTLY higher sizes. I’m already learning that I have to make even tighter edits and let more go. 8 GB cards mean nothing to this camera. Two card slots offer a lot of great versatility. It has one CF and one SD/HC/XC slot. You can have one duplicate the other, holding both jpegs and NEF, or assign one to have jpeg and one NEF, or one to be overflow. My favorite configuration is to have NEF go to the CF card and a more compressed jpeg version to go to the SD card which is an 8 GB Eye-Fi Pro, going wirelessly into my MacBook Pro. It makes it very easy to keep an eye on the files, making sure they look great and are sharp where I want them to be.

As many have noticed with this camera, the level of detail is so great that if you look at the images at 100%, you can see any flaw in your lenses, but also any flaw in your technique. Handholding requires a faster exposure than you may be used to. But you have to keep in mind that that 100% is probably larger than anything you’ll use, so a little motion blur can be perfectly fine. If you have used medium format film or digital, you’re already accustomed to this.

The next thing I wanted to shoot was some action. And as luck would have it, the camera came in the week before the Special Olympics’ 24th Summer Games in Long Beach, CA. Perfect chance to put the camera through its paces. I kept doing little tests through the week.

The camera shines for sports, at least the way I shoot it. I don’t usually shoot sequences, so the 4 fps was plenty, and I also turned the resolution down from 36 to 20 megapixels for quite a bit of it. Having this option is really useful, because you’d otherwise wind up with tens of gigabytes to go through. It looks ever-so-slightly less sharp at 100% on the monitor, being very critical, but in the real world, 20 is still more than enough information and the images seem very sharp at normal sizes for print. You also have the option for a 1.2x and 1.5x crop. 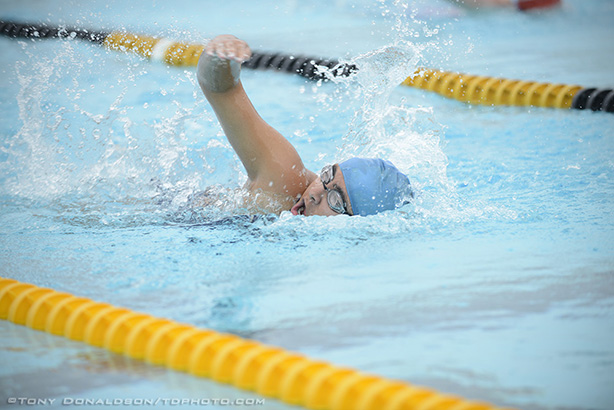 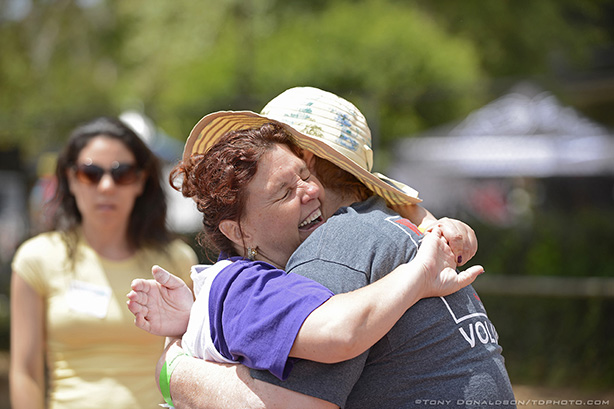 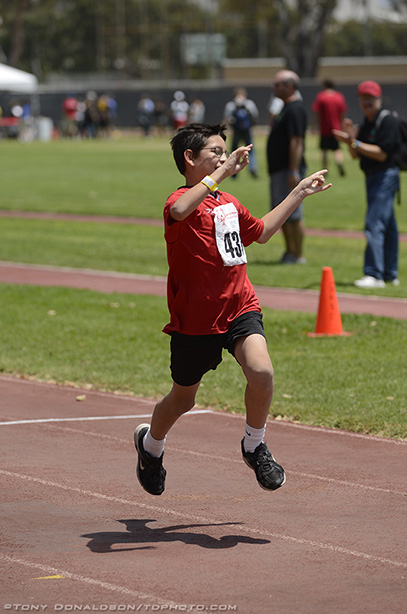 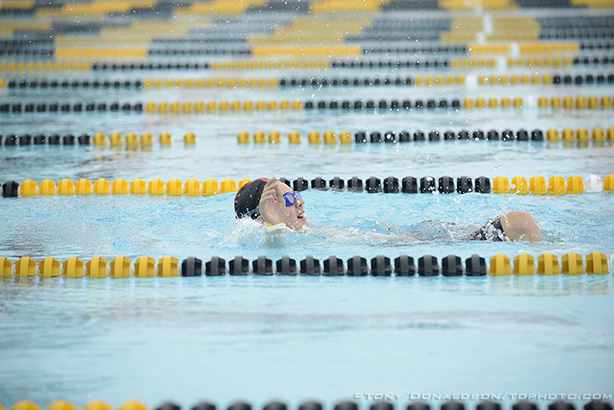 The shallow depth of field of this full-frame sensor with so much resolution is just beautiful. 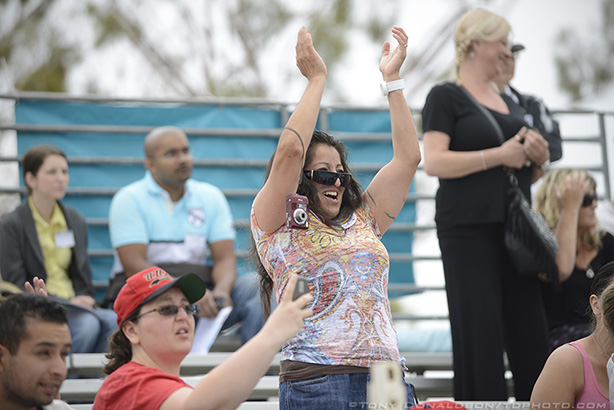 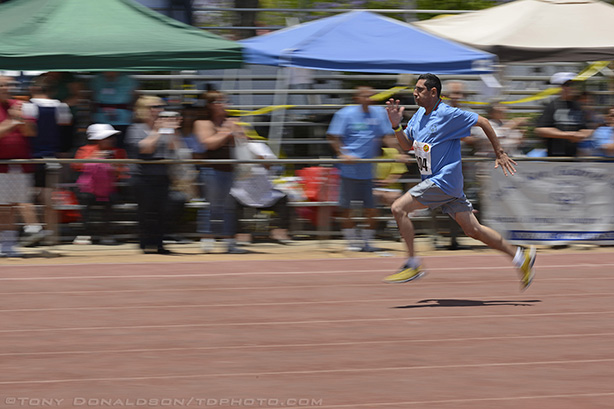 There are lower ISO settings below 100, but I’ve heard mixed things about them. I will try soon, but for now I just stopped down and shot some pan shots at around 1/50.


I’m sure I’ll have more to talk about soon as I keep working with the D800. Hoping to try some high-speed sync stuff very soon. And I have yet to shoot any video with it. In the mean time, I’d love to hear comments from you about your experiences with the camera, or any questions or other comments.