A new arrival to the market, the Fiilex AL250 Intelligent Aerial Light is designed to offer the power of a 200-watt tungsten bulb to any drone with a minimum payload capacity of at least 0.6lbs (270g). Initial results look promising. 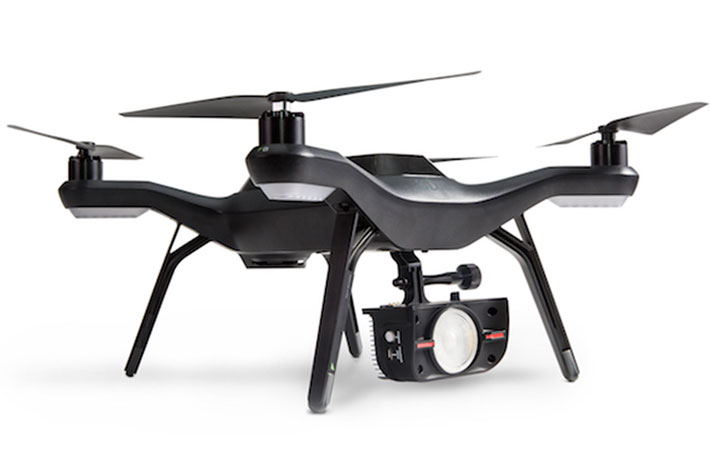 The AL250, Fiilex’s first aerial lighting solution, is a new aerial light for drones. Presented at NAB 2016, it will cost you $349 at Adorama, and open the doors for night flying and new horizons in terms of photography and video.

The Fiilex AL250 Intelligent Aerial Light was presented at NAB 2016 mounted on a Solo drone. Now that the light is available in the market, 3D Robotics promotes it as an accessory that will allow the Solo drone users to have a new sky light, allowing for the creation of dynamic set lighting from virtually any angle. The light plugs into Solo’s accessory bay, meaning it is possible to pair it with a gimbaled GoPro.

To show the potential of the light, 3D Robotics created a small video showing some field tests of the new light, and how it becomes possible to compose multiple scenes, both static and animated, using the Fiilex AL250 .Furthermore, they show what users as photographer Reuben Wu achieved with a Solo and a Fiilex aerial light into the wild and weird American West, while in search of transcendence and unearthly landscapes. The collection of beautiful and surreal imagery seen in the video is the result. It’s, adds 3D Robotics, a stunning collection, and a brilliant example of what you can do with a light in the sky. 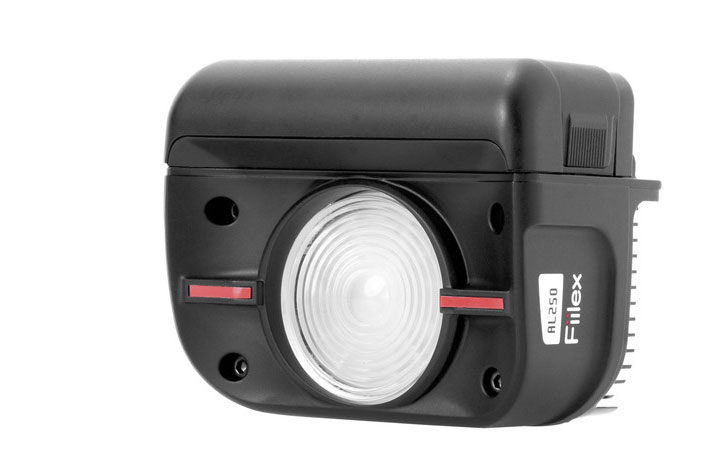 The AL250, Fiilex’s first aerial lighting solution, redefines, according to the company, lighting control by mounting to any drone with a minimum payload capacity of at least 0.6lbs (270g). The intensity of this compact fixture matches a 200-watt tungsten bulb while drawing only 30 watts of power, making it one of our most efficient fixtures yet. The AL250 features special Fresnel optics designed to leverage Fiilex’s Dense Matrix technology. These optics focus the flicker-free beam, more than doubling its center lux. The unit is powered by a rechargeable lithium-ion battery which attaches directly to its housing, allowing the light to operate independently for a duration of 25 minutes.

The Fiilex AL250 mounted on a drone is like having a moving torch you can move anywhere you want… up there in the sky. There is no doubt the Fiilex AL250 expands your lighting capabilities in exciting new ways, but it remains to be seen what the FAA thinks of flying drones at night. That’s one of the questions users are posing after seeing the first, no doubt exciting, results.