Adding the human element to a landscape can improve the shot. 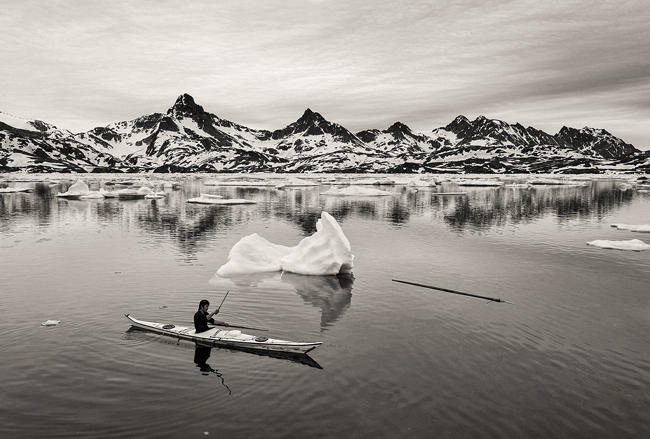 I teach a lot of photo workshops in national parks and scenic locations around the globe.  One challenge we often have are 'tourists' standing in our shot.  A few months ago I was hiking up to Delicate Arch in Arches NP in Utah.  I was sure there would be only a few people there since it was early in the season.  Rounding the final corner on the hike was like entering a shopping mall.  There were over a hundred 'tourists' scattered all over the slickrock, and worse, small groups of people had stacked up waiting for their turn to get a group shot under the arch.  I was a little frustrated, even my 'content aware' skills would be taxed to fix this problem.

But then I thought a little deeper.  Wasn't I really a 'tourist' too?  I wanted to take a picture of the arch, these people wanted their picture taken under the arch. In a lot of ways we were the same, tourists and photographers, all there to take in the wonder of Delicate Arch.  Sitting there I realized what really would be interesting is adding the human element to the image.  How can someone who hasn't been to Delicate Arch know just how big this arch is.  To accomplish this goal, I needed to add a figure in a landscape.

Figures in a landscape are just that; people in your shot that add some reality, wonder and perspective to an image.  The human form is instantly recognizable in an image, even if the person is very small.  Since all humans can intimately relate to a person (size, gesture, position…), people have a strong visual impact. Imagine this scene; a tiny rock climber at the base of a huge spire.  The climber is looking up at the immense rock above him.  The tension created between small human and large rock spire is obvious.  Other examples might have people gazing into a serene landscape, adding a sense of wonder and tranquility to the shot.

I was recently in Greenland (on a workshop with Photo Quest Adventures) with the main shooting goal of dramatic landscapes.  Icebergs were floating around in the bays, and snowy peaks lined the shore.  I shot landscape after landscape, but just didn't feel like I had the shot.  We were staying in a native village, and one evening we arranged to have a local show us how they hunt from a kayak.  We met the kayaker in an area we had been shooting landscapes, and the second he paddled into the scene everything made sense.  These people were so connected to nature and their environment they completed the picture.  Shooting the kayaker as a close up was interesting, as was the floating icebergs drifting in the bay.  But combine the two in a figure in a landscape, and this was the shot I had been missing.

The next time you encounter people in your landscape, remember they might just help tell your story.  Shoot the pristine landscape without people, and then try a figure in a landscape.