As Virtual and Augmented Reality are being widely adopted, the need for dedicated solutions to facilitate content creation for both is more urgent than ever: Fectar Studio wants to be the answer. 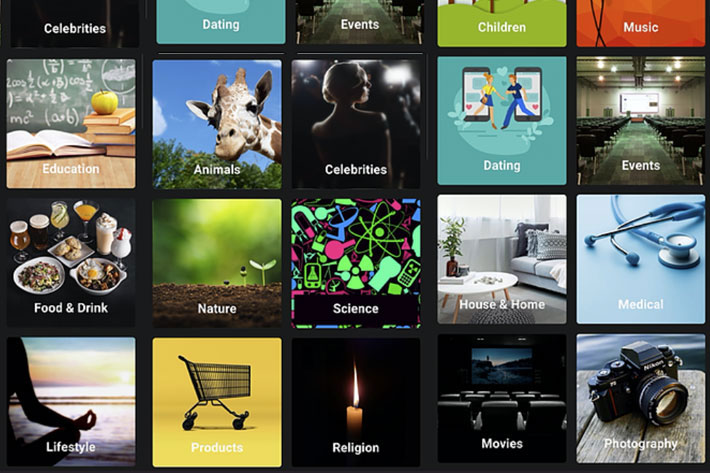 Fectar Studio is a cross platform Content Management System for Augmented and Virtual Reality that was designed with simplicity in mind, and which can be managed without any technical skills.

Trialled in the Netherlands throughout 2019, Fectar Studio is an innovative no-coding cross platform publishing solution that has been readily adopted by schools, universities and business users, with hundreds signing up in just three months. Now available to educational institutions and other organizations worldwide, the cloud-based Fectar Studio platform enables content creators to publish interactive AR and VR presentations to Android and iOS smart phones and tablets, as well as to VR devices including Oculus GO and Oculus Quest. There are plans to introduce compatibility with more devices such as the HTC Vive within the coming months.

Fectar Studios bets on ease of use. According to the information provided by the company behind the product, “you don’t need to be a programmer or designer to make great AR and VR presentations. Fectar Studio is a no coding solution. And because it is cloud based, you don’t need to set up anything. All you need is an account.“ 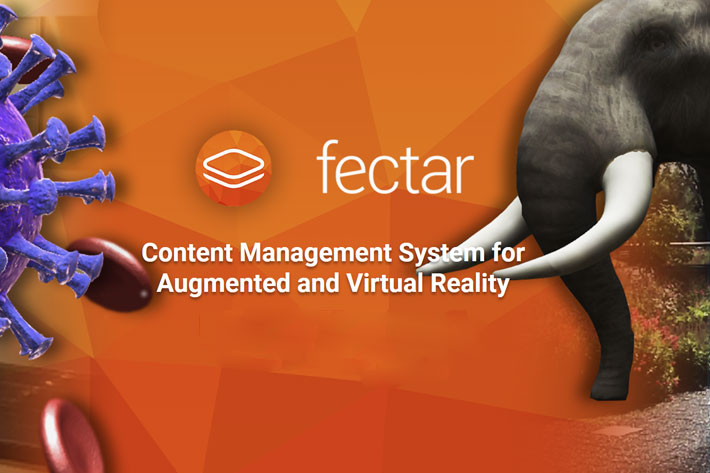 A CMS able to ingest video and more

Fectar Studio also differentiates itself from other content management systems through improved features and functionality. While the recent trend has been for CMS tools to offer content only, Fectar Studio provides users with more options, such as the addition of buttons, hyperlinks, questions, navigation, audio, and more to create engaging interactive 3D AR/VR content. It also allows users to track how their creations are being used with easy to access statistical data.

Eugène Kuipers, CEO and Founder of Fectar says, “AR and VR just got easy. Within just a few weeks of our initial launch in 2019, the level of interest and adoption was astounding. Schools and business users alike have been quick to embrace the incredible potential of augmented and virtual reality and deploy Fectar Studio and our app to create and view beautiful and engaging presentations using AR and VR. 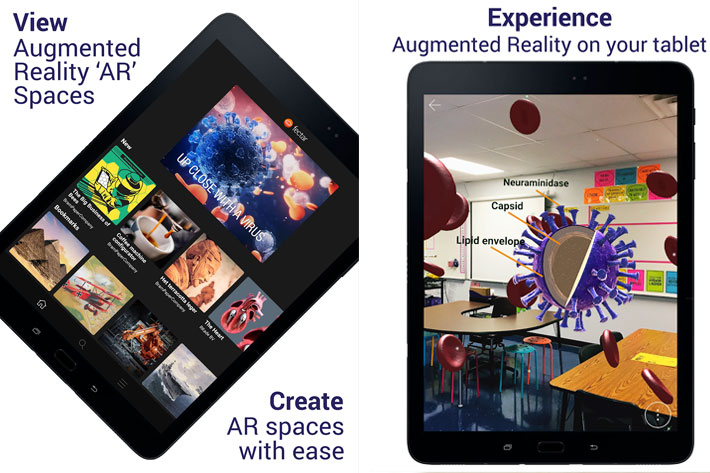 Fectar was founded in 2018 by entrepreneurs Eugène Kuipers, Rens Lensvelt and Dennis de Laat, with the aim of creating a content management system dedicated to implementing augmented reality built with Microsoft technologies. The first app from the company, launched in August 2019, was named SpotOn, but soon rebranded to Fectar, a unique name that comes from associations with Vector, effective, efficient, Fact based AR.

While virtual reality — a fully simulated experience — and augmented reality — the art of overlaying simulation onto a real world environment — are becoming increasingly utilized within the business and school setting, these technologies are still very much in their early days, and many apps that are being developed are designed exclusively for a single platform or a single usage. This introduces a problem for businesses and schools who want to engage with audiences who are using the ever-growing selection of AR and VR devices available on the market. 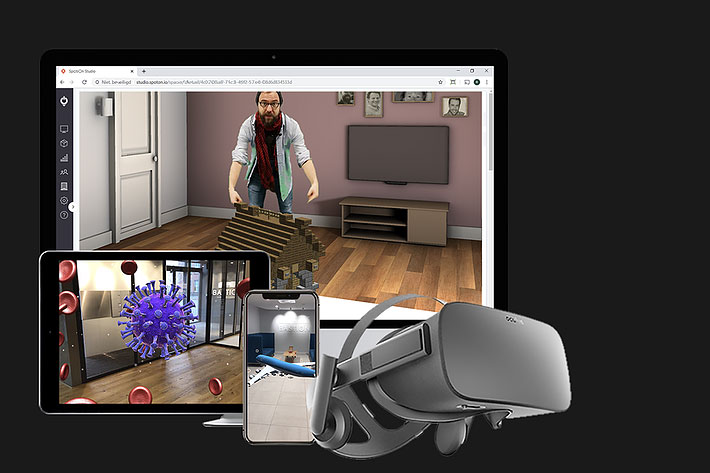 The start of a new era for content creation

Fectar is the answer to the need for dedicated content management systems to facilitate content creation for AR and VR in a time when revolutionary technologies such as virtual reality and augmented reality are being more widely adopted across the world. And while many have introduced systems for either AR or VR devices, the experienced team behind Fectar has become one of the first in the world to launch a full, cross platform solution along with accompanying app.

A further obstacle that has shown to be standing in the way of AR and VR content success is the need for businesses and educational content creators/publishers to utilize an in-house or outsourced development team to change their content. This all changes with Fectar Studio, which can be managed without any technical skills. Designed by a team of multiple award-winning developers, creatives, and serial entrepreneurs, the simple system can be used easily by anyone.

“We’ve already witnessed fantastic results, especially in the education field. A number of our users reported double-digit increases in revenue and reductions in training costs while simultaneously reaching a whole new level of customer and student engagement. We really are at the start of a new era of content creation, and we’re confident this is a true game changer for the industry” says Eugène Kuipers. 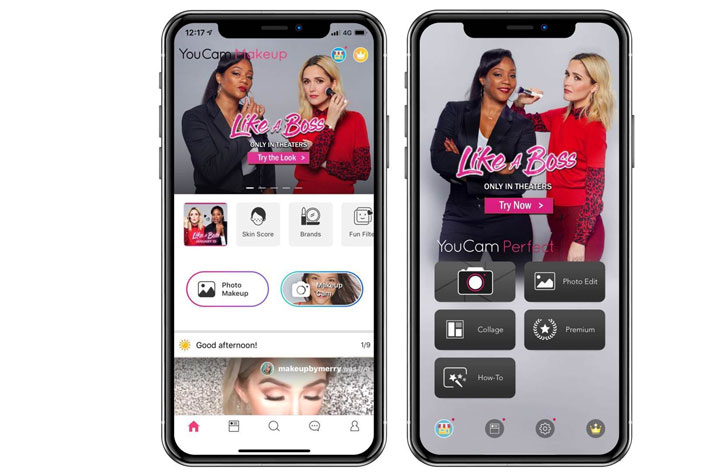 Augmented Reality is being used for movie promo apps, which allow users to interact with the content of popular movies, explore behind-the scenes content. A recentely documented use comes from the cooperation between Perfect Corp., the beauty tech solutions provider behind the world’s leading virtual beauty app , YouCam Makeup, and photo editing app YouCam Perfect, who teamed up with Paramount Pictures for an interactive movie experience in celebration of the release of Like a Boss, the movie movie starring Salma Hayek, Tiffany Haddish, and Rose Byrne. The YouCam interactive app experiences, available now, bring a taste of the glamour and fun from the film to real life for fans to play, discover, and share.

“We are so excited to partner with Paramount Pictures to bring this beauty-based film to life through interactive AR + AI virtual try-on featuring the looks of the Like a Boss leading actresses,” said Perfect Corp. founder and CEO, Alice Chang. “It was a natural fit to collaborate on Like a Boss and bring a film so deeply rooted in the beauty industry to life in such a fun, engaging, and interactive new way.”

Virtual Reality allows other forms of interaction, as shown in some of the examples published by Provideo Coalition in previous editions, with titles as Westworld: Awakening, an official Westworld experience created exclusively for VR, a project that took the creators, Survios, almost two years to create and was developed in close partnership with HBO and Kilter Films’ Westworld team. Another example is The Walking Dead Onslaught, which gives users the chance to experience the series not as a spectator, but as a character in the TV series universe. 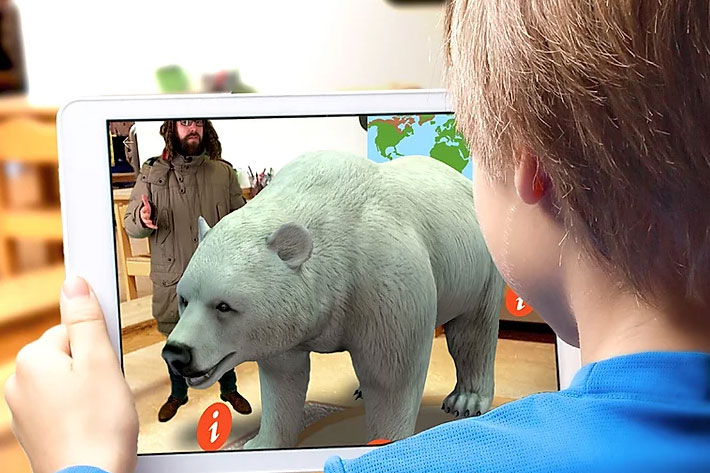 Augmented reality is growing up fast

Presented as a “game changer for future content creation in AR and VR, the cross platform CMS Fectar Studio Fectar Studio is already being widely adopted within the education, media and design, manufacturing, retail, and real estate sectors, with many other industries showing interest in the unique CMS and app. The Fectar team is currently offering free weekly online courses for content creators across all industries, providing them with the knowledge they need to get started with the CMS.

Businesses can now apply for a free 14 day trial of Fectar Studio through the website. You can download the free Fectar app to view more than 100 different free use cases created by partners. Content creators can register interest for becoming part of the global partner network.