Blue screens, sand animation and Virtual Reality concur to take us back in time to Arthur Ashe’s triumphant win at the 1968 US Open. It’s Ashe ’68, a documentary premiered at Sundance 2019. 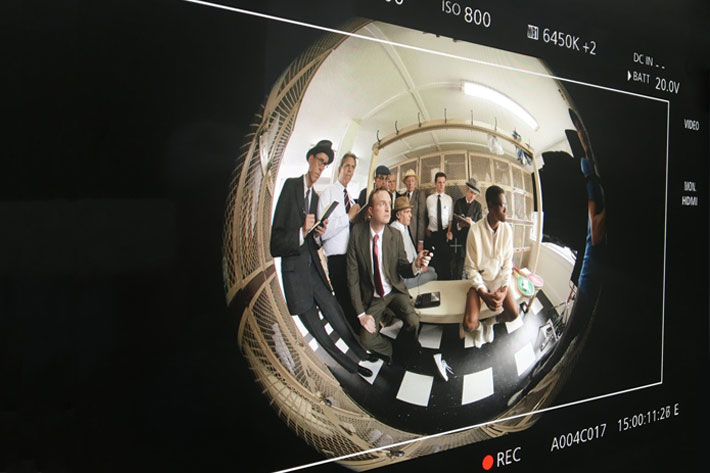 Ashe ’68 takes us back to one of America’s most tumultuous years. The Ashe ’68 VR Impact Tour aims to take the documentary to everyone, to spur conversation about opportunity and inequality.

Virtual Reality is being used to give viewers a chance to travel in time and experience new solutions for documentary as a genre.  Recently, I shared with readers, here at ProVideo Coalition, Traveling While Black, a documentary that was also premiered at Sundance 2019 as part of the New Frontier project. Now it is time to mention another documentary included in the same project, Ashe ’68, that allows viewers to have an immersive experience into Arthur Ashe’s triumphant win at the 1968 US Open.

The documentary takes us back to one of America’s most tumultuous years. Long before Colin Kaepernick, there was Arthur Ashe, say the people behind the project. In 1968, Arthur Ashe emerged as an elite athlete who parlayed his fame as the first black man to win the US Open tennis championship into a lifetime devoted to fighting injustice. 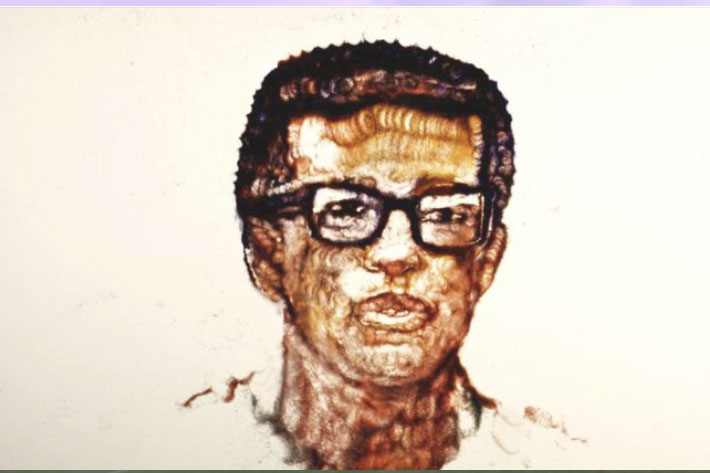 A life devoted to social justice

“Arthur Ashe used his US Open Championship to advocate for social change and he devoted his life to social justice and human rights,” said Mike Jackson of Get Lifted Film Co. “Our Virtual Reality film immerses the viewer into the mind of Mr. Ashe and the challenges he faced on the day he won his first US Open.” 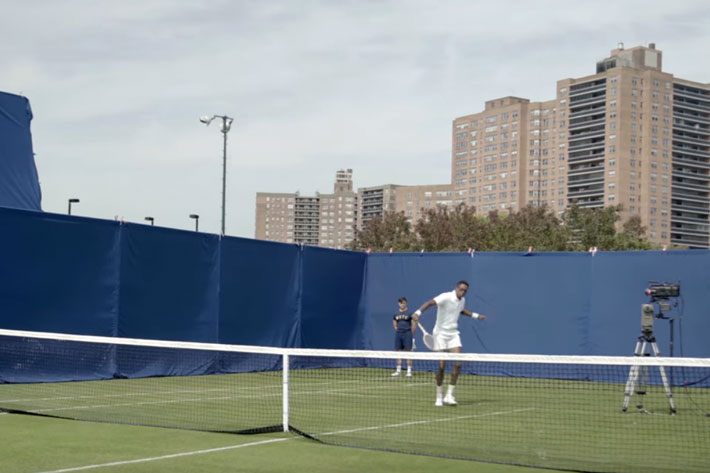 A technical challenge for the DP

For Eve Cohen, Director of Photography for Ashe’ 68, the project was both a technical challenge and a subject that appeals to someone who uses the words  “cinematographer + collaborator + conspirator” on her Instagram page. The tennis match sequence, reenacting Arthur Ashe’s victory, with rising American tennis player Chris Eubanks portraying the then 25 year-old Ashe, was one of the most  challenging moments to capture. 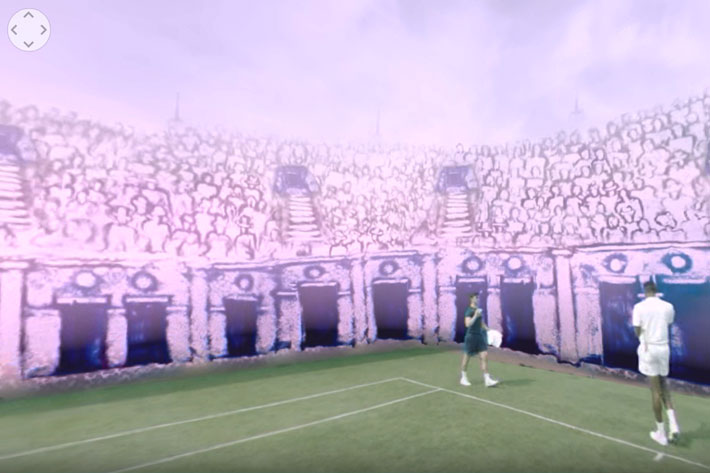 The only camera combo solution

Eve Cohen writes, in her Instagram page, she was told by Brad Lichtenstein and Jeff Fitzsimmons they needed to film a scene in slow motion, “120 FPS capture for multiple 5+ min takes— it’s recreating a historical match point in tennis and we want the winner (Ashe) to get very close to the viewer/camera (on mid-court). We have the best tennis athlete to play Arthur Ashe, but he’s quite tall. Also, the grass court is a real location but the entire stadium and audience will be created later with sand art animation.”

After a short “challenge accepted, BRB”, Eve Cohen got the right gear for the shoot – a Canon C700 plus Codex, a 250 Entaniya 4.3mm lens. She notes that “this was the only sensor+resolution+lens combo that would accommodate all the mandates for this project: Canon + Codex allows for full 4K recording at 120FPS without cropping the sensor. 4K being the minimum requirement from VFX for incorporating animation into the sphere. The 250 FOV lens allowed for safe hemisphere capture so the tennis was uninterrupted by stitch lines.” 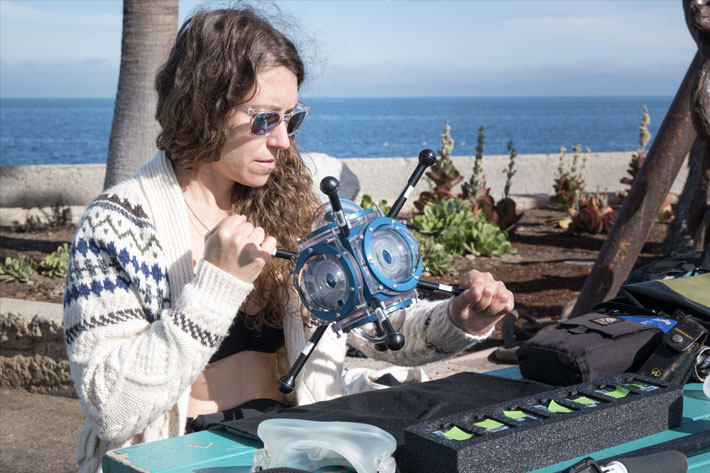 You can see how it looks watching the documentary. The second video, from Sundance, Meet the Artists, takes us behind the scenes of Ashe ’68 and shows how the blue screen was used to remove backgrounds that come alive at the editing stage with the introduction of another technique that is a first in VR: sand animation.

Curious about Virtual Reality, Eve Cohen is exploring the multiple options it opens to cinematographers, also being aware of its challenges. On the 2017 VRLA panel Shooting VR for Post, organized by the International Cinematographers Guild, she said the various VR camera rigs are akin to the different lenses she uses on a traditional production, “and I’m not going to show up on a shoot with one kind of lens.” Ashe’ 68 may look, to the final viewer, as a simple documentary, but creating a 360 world around the viewer is, despite all the advancements we’ve today, a complex task. And it’s not just about technology, because the creative eye of a cinematographer has to be present so the narrative flows and… immerses viewers. 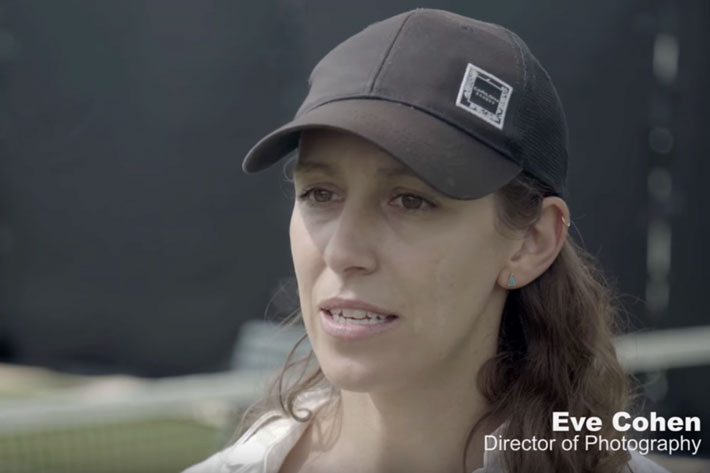 A love for collaboration, magic and water

Positively in love with “a solid blend of everything—from independent feature films to television series, documentaries, and virtual reality/360 filmmaking”, as she says, Eve Cohen admits that “what I really love is collaboration and working on projects that blur the line between the real and surreal, bonus if there’s a bit of magic.  Or underwater, or on the water, or anything involving water.”

With her passion for VR, you might think Eve Cohen is a child of the DSLR universe, but you’re wrong. She started on film, and entered the world of filmmaking through the study of fine art painting and photography and holds a BFA in photography and an MFA in cinematography, both from UCLA. Now she is “a busy girl, living in this freelance world”, based (mostly) in Los Angeles, currently a IATSE Local600 cinematographer and, she says, “ready to work both union and non-union projects”. 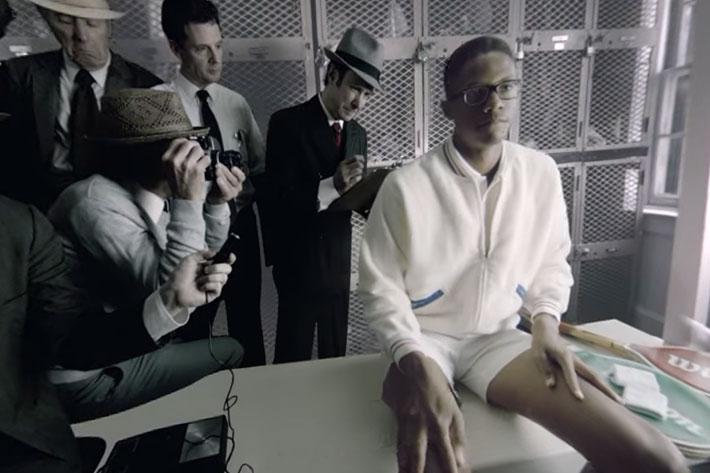 You can find Eve Cohen’s work on just about every digital platform available and many TV channels.  Adventures in filmmaking “are eagerly welcomed” she says and mentions that “a recent project took me to three continents, filming traditional documentary footage and 360”. A “busy girl” as she likes to say, she adds this: “I’m currently in-development on a long form docu-narrative virtual reality project (dir. James Kaelan), and recently wrapped on an experimental art film (dir. Jennifer Reeder), and finishing up post on a fiction digital series.”

As for the Ashe ’68 VR Film Experience viewed by over 6000 people during the 2018 US Open, it is going to grow into the Ashe ’68 VR Impact Tour. Beth Hubbard, Producer at Oak Street Pictures, says that the initial viewers found the immersive experience profound and “through our Sundance premiere and sponsorship partners we are and will be providing opportunities for many more children and adults worldwide to have access to this powerful experience”.