Michele Yamazaki of software reseller Toolfarm interviews Brandon Parvini and David Torno about their work on a music video for the band Flight of the Conchords, New Zealand’s “fourth most popular guitar-based digi-bongo acapella-rap-funk-comedy folk duo.”

I think the video, for their song Ladies of the World, will part of the second season of their eponymous HBO series. I could be wrong. Like all their videos, it builds off a funny song and riffs on a particular visual style. This time, 1970s rollerskating cool. But creating the video’s simple look took a lot of work, including rotoscoping the faces of the two members of the Conchords onto the video’s stunt skaters.

Brandon and David discuss their production and post work in detail on this page of Toolfarm’s website. 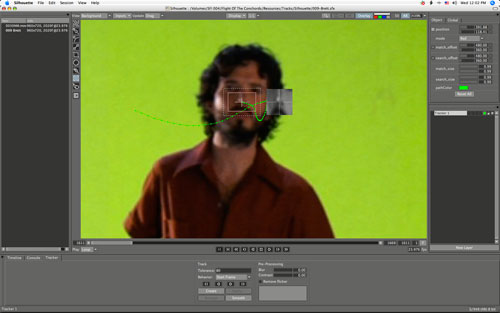