If you’re a Media Composer editor looking to add Adobe After Effects to your editing toolkit, part two of this two part webinar series is a must watch!

When I originally signed up to do a webinar on an After Effects Bootcamp for Media Composer editors, it was only going to be a single webinar but, for me, the topic of getting your footage out of After Effects (AE), and back into Media Composer (MC) was too important a topic to not discuss.  It’s the second place that, if you’re not playing close attention, you can fall flat on your face quickly than you realize.  That’s what this webinar is all about.  Not falling flat on your face!

The trickiest thing for editors who are new to AE to deal with, is the new way the Avid codec is handled in AECC2017.  To be honest, it’s tricky even if you’re coming from AECC2015, but the big question is why? What could be so complicated about how 2017 is versus 2015.  Well, the death of QuickTime Player is the problem.  With Apple’s drop in support for QuickTime and all the companies out there looking to update their software to function minus QuickTime, the developers at Adobe had to go back to the Avid Codec’s SDK (Software Developer’s Kit) to re-integrate this back into After Effects.  What the SDK does that the QuickTime version of the codec doesn’t do, is that it has the DNxHD and DNxHD codecs grouped together as one “codec”.  Gone are the days of being able to simply look up your codec by the resolution and bitrate you want to export as. 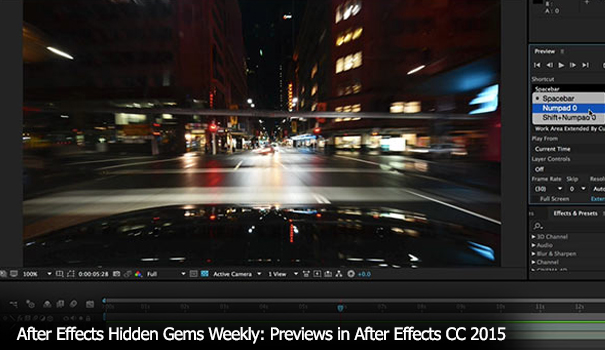 Now, we are dealing with SQ (Thin Raster), SQ, HQ and HQX. 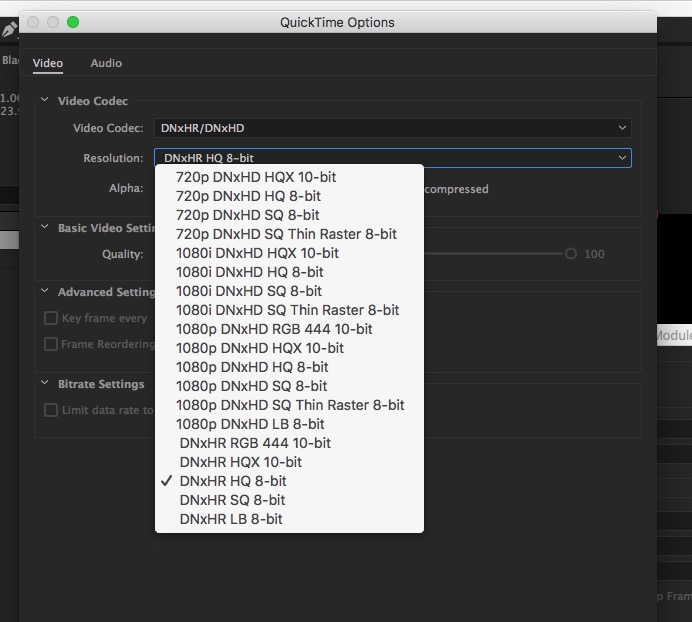 So what’s so confusing about this “new” naming convention?  Well, first of all, up until this point, the only time editors have seen the SQ and HQ naming is in regards to DNxHR, larger than HD media.  Media Composer as always dealt with the “DNxHD 175” naming method.  Very simple.  It tells you the bitrate in AE’s Render Queue, which matches the bitrate in MC’s Codec Column setting, and you’re all good to go.  The problem now is that the naming in AE and MC differ from each other, and it can get confusing for new editors, and potentially even experienced editors, who know how to use AE.  The funny thing about this is that even though you might be rendering out of AE as a 1080p 23.98 HQ file, MC displays it as DNxHD 175.  See where the confusion is starting to set it?

What I’m trying to do with this webinar, is to help….clear the waters, and give you, the MC editor, a clearer understanding of exactly what is going on inside of the After Effects Render Queue.  Not only are we getting in and discussing Codecs, but we’re also talking about just about everything you need to know to export your footage correctly, and then import it correctly as well.  With that being said, the import process into Media Composer is also something that we talk about.  There are two ways to get our AE renders into Media Composer.  Importing or Consolidating.  If you are transcoding your footage, or importing and recompressing it, you’re doing something wrong, and adding an extra compression layer to your footage that you really shouldn’t be.  I always tell editors that the goal of your exports is a “Fast Import”.  Why a “Fast Import”?  That fast import is not a recompression, but a re-wrapping of your footage from whatever codec you’ve chosen, into an Avid MXF file.  This way the quality stays as good as possible.  The idea After Effects workflow would be to export via QT Reference or AAF (for import via ProImport AE), export via the Avid Codec, and Fast Import or Consolidate back into Media Composer, this way you’re only subjecting your footage to one compression pass in the export from After Effects.  Remember, quality is key, and by following the tips and techniques that you see in Part 1  and Part 2 of my webinars, will make sure you keep your footage looking as good as it can possibly look.

Coming up next month (March 2017), I’m very excited to do another great FREE webinar with the team at Moviola all about working with Mocha Pro inside of Media Composer.  This awesome, Academy Award winning tracking application is now available as a plug-in inside of Media Composer, and we’re now able to do complex tracking and roto work right from within our timelines, which saves the headaches and hassles of constantly having to export our footage!