Dynamic Perception delivers news on their long awaited 3-axis motion control unit: The Stage R.  See all the details into the kickstarter campaign helping this small company get their product out there.

The Stage R is the motion control unit I have been waiting to hear announced by Dynamic Perception.  I have their Stage Zero and I love how simple and easy it is to set-up and use.  Another aspect that I am a fan is their commitment on keeping it all their gear open source.  Big fan of that one.  Open Source lets me make the changes I want to make… not that I'm really making many.  I just like the option.  Behold the Stage R video from Dynamic Perception.

This thing looks like a tank.  No doubt these units will be able to take a beating by traveling photographers and time-lapse shooters, who are out in the weather or complicated locations.  Dynamic Perception has always made very durable equipment so this robust Stage R looks up to their standard.

I cannot believe how easy it appears to mount the Stage R anywhere one wants.  The multiple 1/4″-20 and 3/8″-16 points on the plate opens up the realm of possibilty on where to mount this baby.  The Stage R can go on your Stage Zero/One or you can mount it straight to a tripod… or an Israel Arm hanging off the side of a buidling.  Whatever you want. 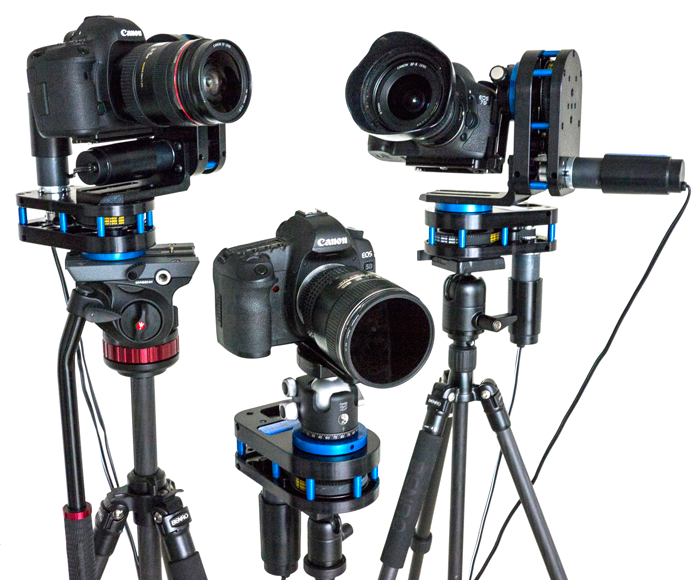 To compliment the Stage R Dynamic Perception has placed an emphasis on the NMX controller with iOS and Android support. Light and small, this looks like it will fit well in a backpack for those timelapses in the rougher backcounty.  Then there is their DP MOTION APP.

Soon Dynamic Perception will release their new DP MOTION APP.  In the sketches, this looks nice, simple, and easy to use. 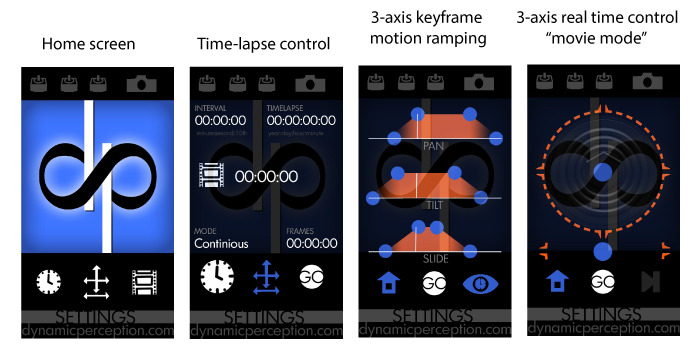 Here are the details from Dynamic Perception:

– Easy Time-lase Set Up:  Control all aspects of your time-lapse in either continuous mode or move-shoot-move mode.

– Let the app take care of time-lapse interval or total-shooting-time calculations for you.

– Buttery smooth motion ramping: Want to add speed ramping to 1, 2 or all 3 axes of motion? Set easy in and out keyframes and the watch your camera gradually increase to your set max speed, remain constant then gradually decrease to a complete stop.

– Real-time control at your fingertips (Movie Mode): Control up to 3 axes in real-time with the touch of your screen.

Bad news.  None of this is out yet.  It is all part of Dynamic Perception's Kickstarter Campaign to get help with the final bulk material and app development.  One can be an early adopter and get their gear earlier just by making a pledge, and you better hurry up because I have a feeling this Kickstarter Campaign is going to be fully funded pretty quickly.  By the way, I pledged as soon as I saw their announcement.  Here is the link to their Kickstarter:  https://www.kickstarter.com/projects/1178520865/stage-r-versatile-motion-control-for-time-lapse-an

To manage expectations here is their development timeline

by end of May: Early-bird Stage R add-ons and MX3 Kits ship