Yes, indeed it is as Final Cut Pro 10.6.2 will finally bring timeline-based duplicate frame indicators to the … timeline

The recent release of the Mac Studio has everyone in the video editing world wondering about Final Cut Pro, when and where we might get an update. Other Apple Pro Apps got an update but Final Cut Pro was conspicuously absent over the last week of the big Mac Studio launch.

But it wasn’t all silence on the Final Cut Pro front. Two words: dupe detection.

If you felt a rumble in the NLE universe this morning, there is a simple explanation. Finally, after years of feature requests, throwing up hands in exasperation & accidentally duplicating media in the timeline, #FinalCutPro will have Dupe Detection in 10.6.2 #postchat #FCPX pic.twitter.com/znHxXbv7eh

It is indeed true. It seems that after years of tweets, forum post threads, Facebook Group chats and in-person musings duplicate frame marks or as it is more commonly known, dupe detection is coming to Final Cut Pro in version 10.6.2.

My tweets asking about dupe detection in Final Cut Pro go all the way back to 2012!

@RichardTaylorTV @philiphodgetts Dupe detection, through edits are on my list

Final Cut Pro will call it Duplicate Ranges and it’s a new checkbox enabled under the Timeline Appearance menu. 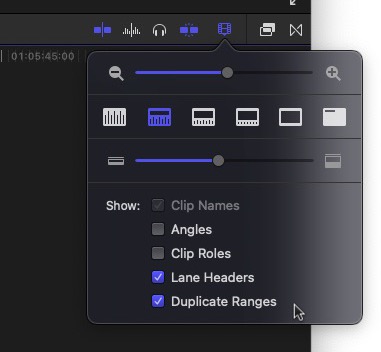 True to the think different way of thinking the FCP Duplicate Ranges setting does work a bit different than editors used to dupe detection in other NLEs might expect. 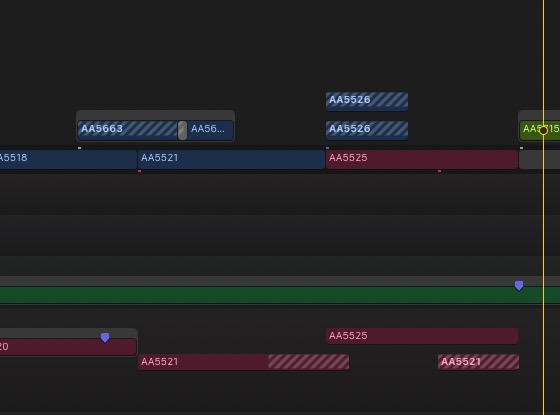 Regardless of the clip display option or clip height the duplicate clip ranges will remain displayed as long as the option is turned on. Duplicate ranges work on audio and video as well as imported images like tiffs, jpegs and PSDs. This is a good thing. It also works on Compound Clips which is very nice as I wouldn’t have expected dupe detection to work on Compound Clips at all. It doesn’t appear to work on titles and generators which is okay since they often get duplicated over and over.

It was a curious design decision not to go with the usual and expected colored lines on clips in the timeline to indicate the duplicated frames, especially considering that FCP already has a defined color palette with Role colors. But that could get tricky, I’m thinking as I type this, as the more muted tones of Role colors would be more difficult to see than the bright dupe detection colors of other NLEs. 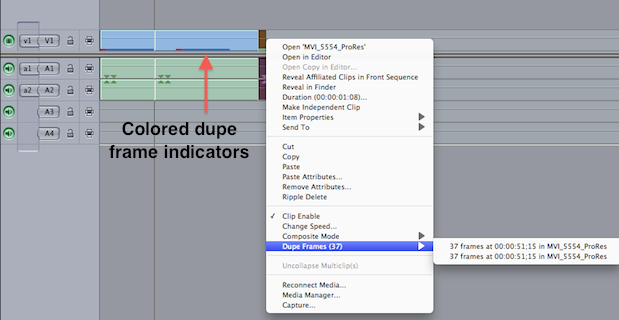 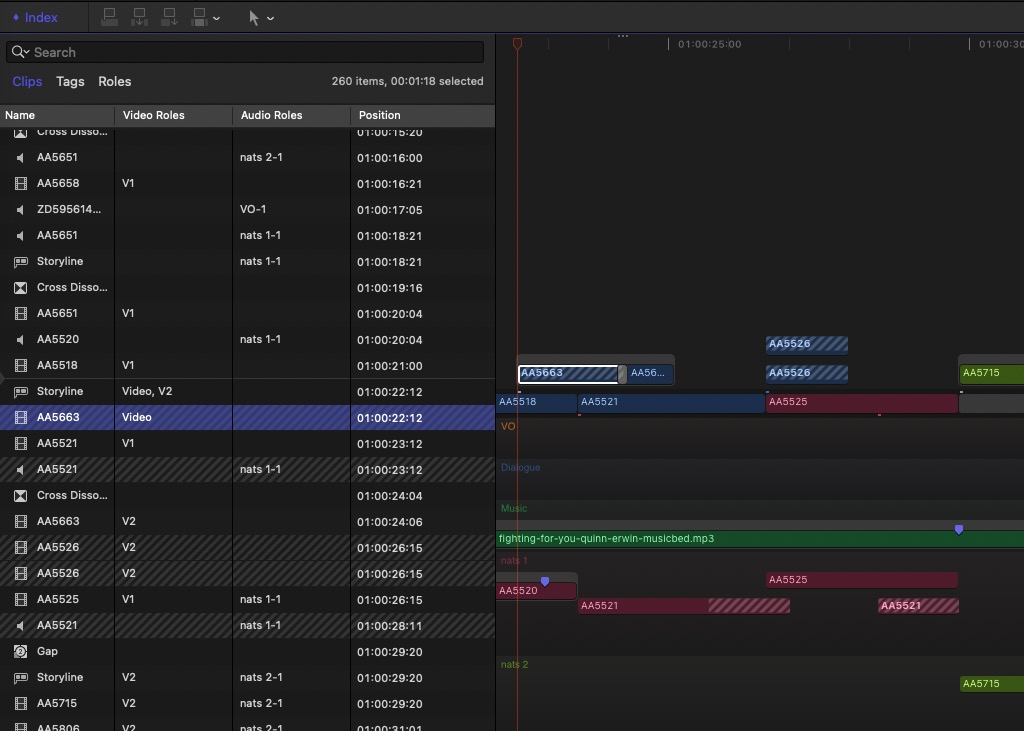 If you want to do a sweep for all duplicate frames click the magnifying glass in the Timeline Index and you get a new option to Show Clips with Duplicate Ranges.

Filter for all the dupes and then take a pass through the edit to get rid of them or clarify if they are there for a reason. 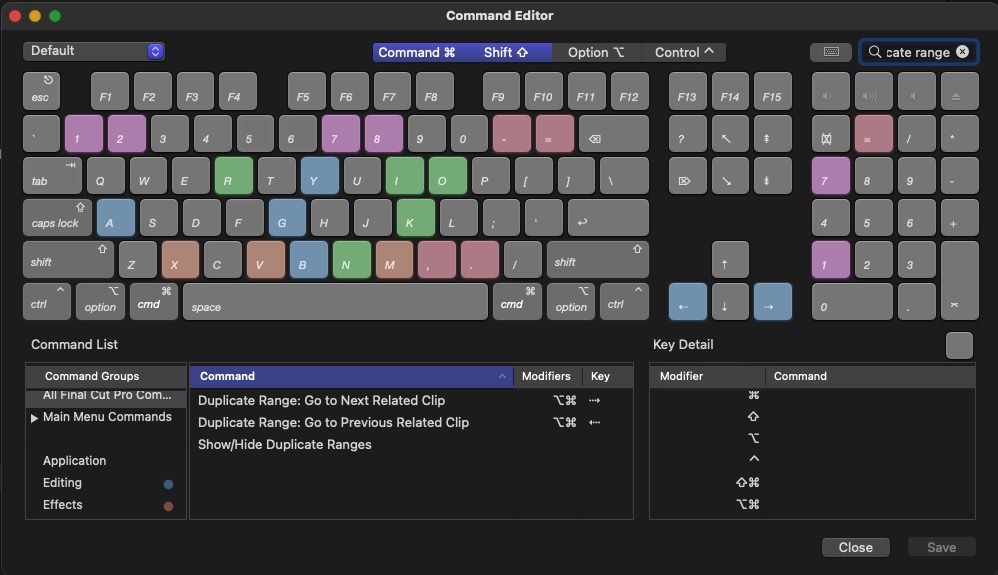 That’ll be a quick way to help view and resolve duplicate frames. If you have custom keyboard mappings you may need to map this to your custom setup once it ships.

My gut tells me that editors who have used dupe detection for years will miss the colored dupe detection right on the timeline. That is handy as the different colors match the duplicated frames. That design means you can zoom out, for example, and get a quick overview of exactly how much duping you’ve done and where the related clips are located. If duplicated clips are far enough apart or the duped frames are minimal you often just leave them in.

While that is useful it can become a bit unwieldy on long, complex edits as you work to track down duplicate frames. You wouldn’t think so but I’ve had the occasional duplicate frame that I have trouble locating in the timeline.

I’m not the only editor who has asked about dupe detection for years. And yes there are other methods in FCP to identify where you might have used duplicate media but nothing is quite as useful to honest to goodness dupe detection.

Also Dupe Detection is a long-standing Premiere, Avid and Final Cut Pro 7 feature. So it’s utility seems obvious to me.

This version of Final Cut Pro isn’t out in the wild yet so I haven’t used it extensively in the real world but I have a sneaking suspicion I’m going to grow to like using the Timeline Index to resolve duplicates more than having to scan the timeline, right-click a bunch of clips or resort to a usage column in a bin.

There are some other useful things coming to the next version of FCP but that’s a story for another day.

When will we see this Final Cut Pro 10.6.2 update? We don’t have a definitive release date yet but there is a really big broadcasting trade show on the horizon so that would be my guess but I don’t know for sure.