I spent most of the last week of November working on a job in Final Cut Pro 7; or Final Cut Classic as we seem to call it these days. This was the first FCP7 job I had done in over a year (at least I think as they all run together after awhile). Cutting in FCP7 was at the client’s request and while I have tried to convince them to move to a more modern NLE this job was to be an FCP7 job. It went well and I made a note of five features that I miss when working in other NLEs.

I had worried that when jumping back into Final Cut Pro 7 (Classic) it would take a bit of time and effort to really get comfortable and reacquaint myself with the interface and the nuances that FCP7 has. This job was a music video and I have cut many of them in FCP7 over the years so I wasn’t doing anything I hadn’t done many times before. But it was really more like riding a bicycle as I was quickly reminded what buttons were where and what features I had to work with. FCP7 is very similar to Adobe Premiere Pro CC and I have a similar keyboard between the two (and Avid Media Composer as well) so it was really a matter of just remembering what features FCP7 does have and what is missing. The media was all ProRes LT as this was an offline edit and FCP7 has always handled ProRes very well. FCP7 was also very stable, only crashing once in the four days I was pounding it. I ran FCP7 both on my old MacPro tower (which I had done many times before) as well as on a fresh install on my Macbook Pro Retina that was running Yosemite. Read all about that here.

As good as all the modern NLEs are there’s still a few features that Final Cut Pro 7 Classic has that the others don’t. Some are small, others are big while some are just convenient timesavers. I often miss them and was reminded how handy they are while working FCP7.

Jump to Duplicate Frames in timeline

Duplicate frame detection is a feature that most NLEs have in order to find duplicated clips in a timeline. There are colors placed onto the clips to indicate there is a duplicate somewhere in the edit. 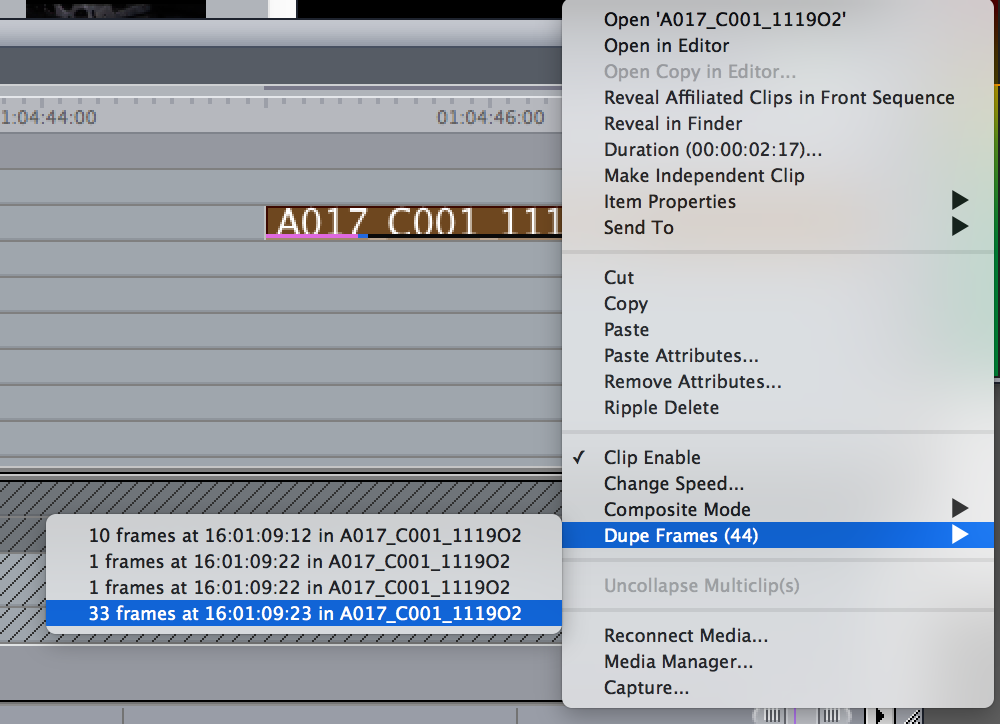 The ease with which you can find, analyze and move to duplicated media in an FCP7 edit timeline is unmatched in other NLEs.

FCP7 takes Dupe Frame one step further than other NLEs as a right+click on the clip will show you how many frames are duplicated, what the source timecode is as well as the clip name. But even better is that selecting one of the dupes from the timeline clip pop-up menu will take you right to that duplicate clip. Very handy.

Adobe Premiere Pro CC gives you some something similar with its Video and Audio Usage columns and FCPX has Show Used Media Ranges but having those dupe detection options right in the timeline is my favorite implementation. I hope you’re reading this PPro engineers.

No matter how good the NLE crashes often happen. All the NLEs have some type of Autosave or Backup option but none of them seem as easy to use as the Restore Project menu in Final Cut Pro 7. 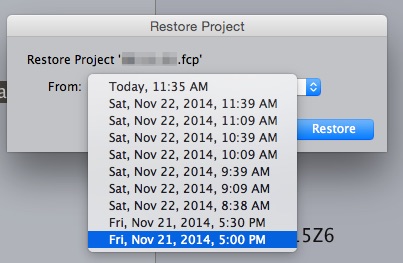 Hit the File > Restore Project menu and FCP7 will list all the projects in the Autosave Vault for a given project and give you a date and time stamp from which to choose a restore.

Of course this Restore Project option depends on you having properly set up Scratch Disks with FCP7 as they often had a tendency to reset themselves and that might lose the Restore Project path. 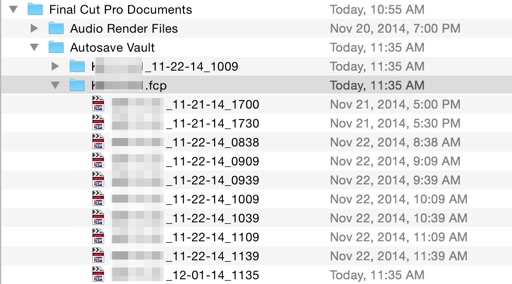 You could always dig into an FCP7 Autosave Vault and see a date and time stamp on those projects so that was an easy way to roll back as well.

Yep there’s the Avid Attic but none of the other NLEs seemed to have the ease of backup restore that FCP7 has.

All the NLEs have a keyboard editor. Some use a text-based interface while others use a top-down keyboard view (or a combination of both). Final Cut Pro 7 has the top-down view style that is easily searchable but in my mind its use of searching, tabs for modifier keys and the symbols on the keys make it the best of the bunch. 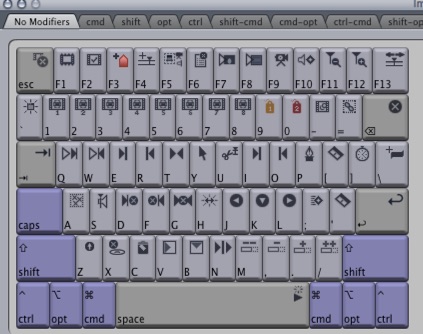 Search, drag, change and save to easily setup a custom keyboard and identify what functions are on what keys. The icons on the keys are a make it easy to see what is on a given key.

FCPX has a decent keyboard shortcuts editor and even groups commands by color but it’s still more cumbersome to use and understand than FCP Classic. Avid Media Composer uses the icons on keys but isn’t as full featured when it comes to the sheer amount of commands and how you can map them to keyboard combinations.

And speaking of the keyboard shortcut editor …

If you spend time working with film burns, light leaks and the usual stuff that mucks up a video frame then you most likely use Composite / Blend modes. Most of the major NLEs have them (Avid Media Composer needs them) and figuring out which blend mode looks best for a given effect often means cycling through them. Mapping those modes to the keyboard makes it so fast and easy. 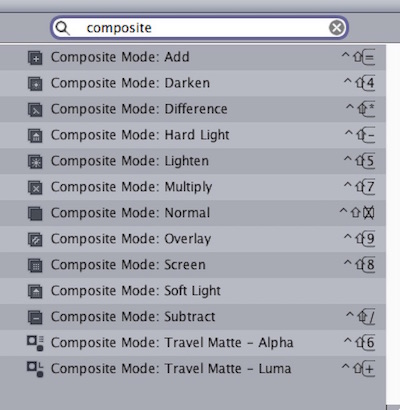 Search composite in the FCP7 keyboard menu and you’ll find all the composite modes though you won’t find a way to cycle through them ala Photoshop. 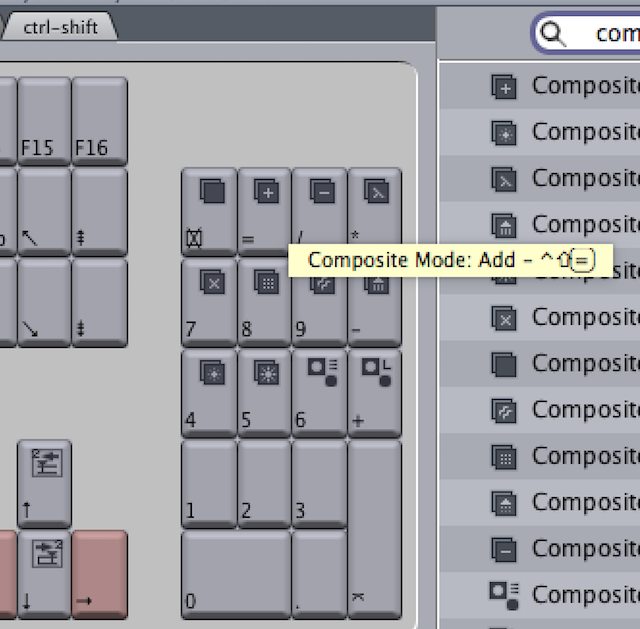 I long ago mapped those Composite Modes to Control+Shift+ a number on the keypad.

In Adobe Premiere Pro CC you can use a scroll mouse or trackpad to scan through the blend modes but that requires opening the Effects Controls tab which is one extra step. I love being able to map anything and everything to the keyboard.

This one is an easy one as Final Cut Pro 7 still trumps both Adobe Premiere Pro CC and Avid Media Composer when it comes to working among multiple projects at once. 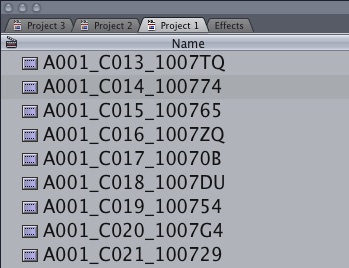 FCP7 will open as many projects as your system sees fit and allow you you move elements between them.

FCP7’s much younger sibling FCPX will allow multiple Libraries open at the same time but moving stuff between them means clips will be copied from Library to Library which isn’t bad, it’s just how FCPX works. With Adobe Premiere Pro CC you have to use the Media Browser to “look” into other projects which works well but technically you aren’t opening multiple projects at once. With Avid Media Composer you can easily open bins from another project. But all of these aren’t quite as easy and convenient as opening more than one project at a time.

Those are a few of the things that I was reminded of while working in Final Cut Pro 7 recently. While the interface certainly does look old and dated it’s still a powerful tool with a lot of features to offer. It’s lack of native media support is the thing that’s more missing but transcode to ProRes and it’ll handle most anything you might throw at it. As along as you don’t move beyond HD.

If you have some other favorite Final Cut Pro 7 Classic features you’re missing in other NLEs please post them in the comments below.