DSC Labs offers special prices on its OneShot Plus and ChromaMatch Light charts in the Handy Size. It’s a Black Friday deal that you do not want to miss. 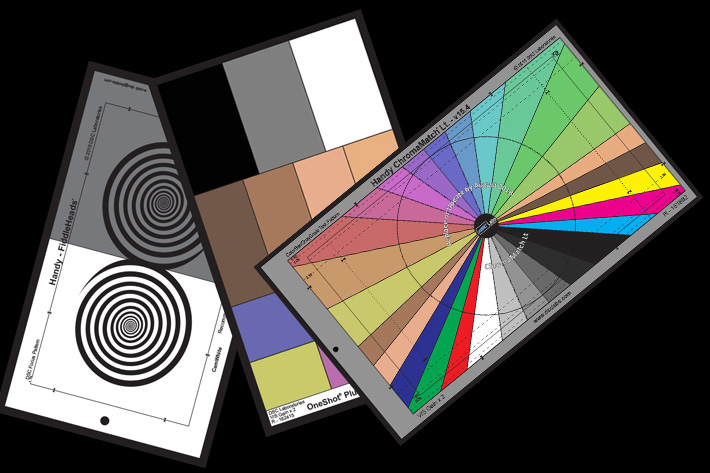 As a special deal for ProVideo Coalition readers, DSC Labs has a “Super Onetime Special”, offering a 30% discount on either or both products.

DSC Labs started in the basement of David and Sue Corley’s home in 1962, moving into the custom 15,000 ft DSC labs building in 1989.  Originally award winning film producers, DSC has evolved to become a world leader in test chart production – DSC’s flagship ChromaDuMonde, is often referred to as “the Hollywood standard” test chart.

The aim of the company is simple: to develop cutting edge technology that helps clients produce consistent optimum quality images.  DSC Test charts are not only used in television and motion pictures, but also in Law Enforcement, Medical and Security applications.

The charts offered are two. One is the DSC Labs OneShot Plus, designed by Art Adams. The chart is designed chart to capture as much camera and scene lighting information in one shot as possible so that dailies look as close to the DP’s intent as possible. It Provides a colorist with the full dynamic range of a scene, plus DSC Precision colors and skin tones. DSC’s “AcuFlect” wide dynamic range, washable gloss surface, eliminates unreliable matte chart flare. Film-style production schedules don’t generally allow much time to shoot a glossy chart and eliminate reflections, but matte surface can be too delicate for field production. The chart is provided with pouch and lanyard. 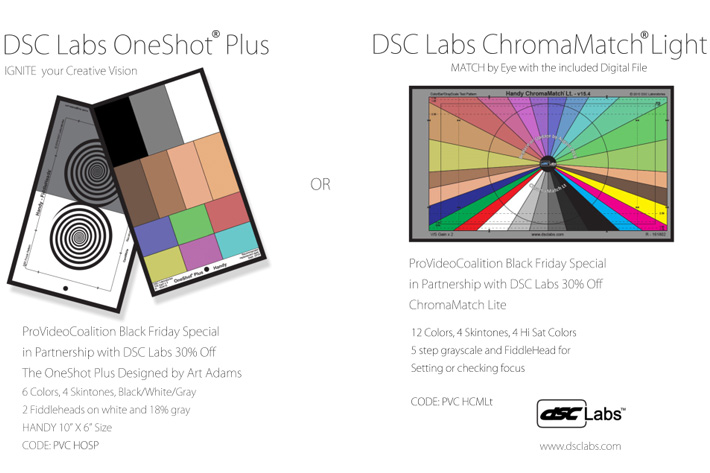 The second chart on offer is the ChromaMatch Light, with 12 Colors, 4 Skin Tones, 6 high saturation colors, 5 step grayscale, and Fiddlehead for setting or checking focus, and Neutral White on reverse. The chart is also provided with pouch and lanyard.

To buy the charts with  a 30% discount ProVideo Coalition readers can contact DSC Labs either by phone or directly at the online store, entering or mentionning the promotional code: PVC HOSP for the Handy OneShot Plus or PVC HCMLt for the ChromaMatch Light.

Remember this is a Super Onetime Special. 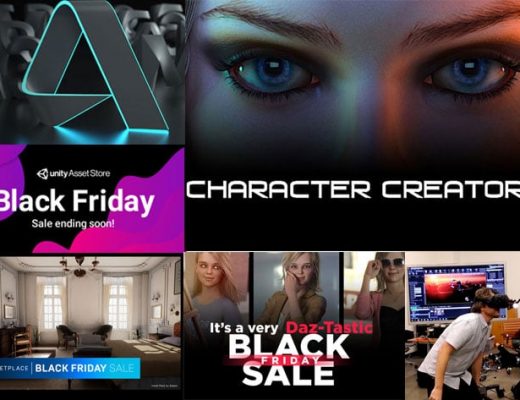 PVC’s Black Friday 2019 best deals list continues to grow. Today we look at everything from Unreal Engine or... 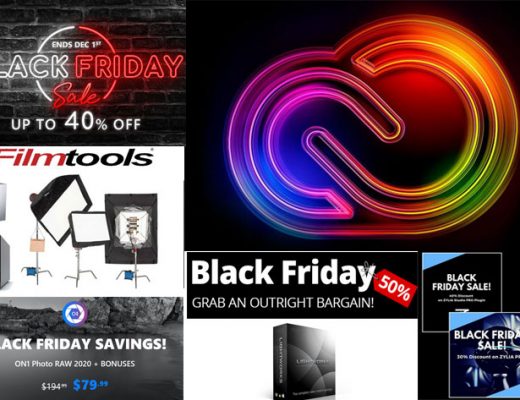 We pick some more deals for this Black Friday season, as we approach the day itself, November 29th. Here...