DP Vance Burberry dived into his Blackmagic Design bag of gear for the music video for singer/songwriter Van William’s song “Revolution,” which features Swedish folk duo First Aid Kit. The DP, who has shot music videos for Guns N’ Roses, Pearl Jam, Santana, and Coldplay turned to his URSA Mini Pro and Video Assist 4K monitor/recorder, which I love and use every day, for the music video shoot. Then, after the shoot, Burberry again turned to his Blackmagic Design DaVinci Resolve Studio and the DaVinci Resolve Mini Panel for color grading. Check out his work below.

On the stark black and white imagery, Burberry said, “We went with a black and white look to help emphasize the photography and story as much as possible. We wanted the look to evolve as the story progressed, so it was essential to have strong photographic images to work with, which is why I chose the URSA Mini Pro. The camera’s 15 stops of dynamic range really shone in grayscale, and you need that wide gamma of dynamic range when you are into deep shadows and blacks through to over-exposed edges, which roll off very film-like with the URSA Mini Pro.” 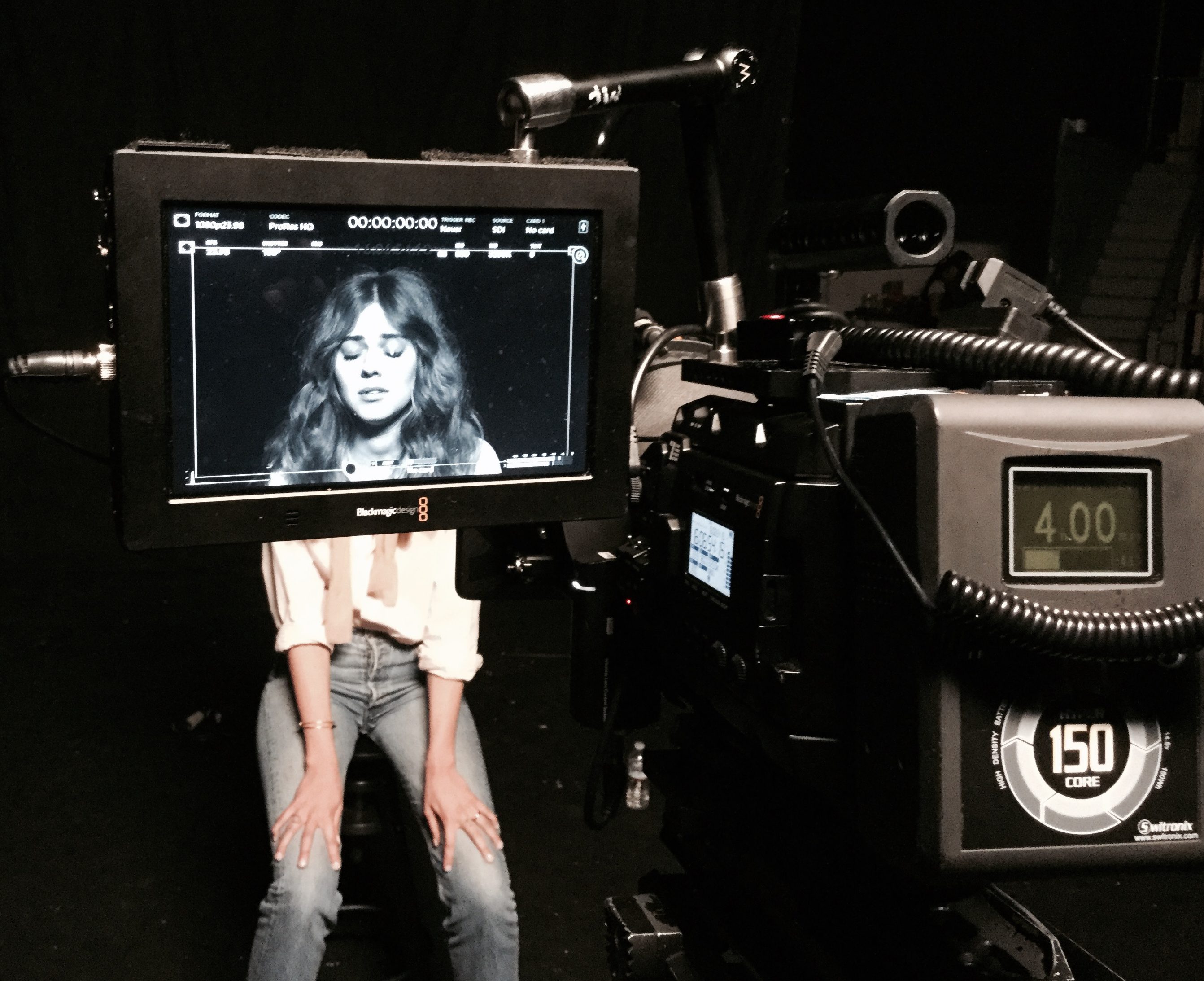 Burberry also talked about the ease of usability found in the URSA Mini Pro’s outer controls. “We jumped around from 23.98 fps to 60 fps and having that high frame rate button right on the outside of the camera was super handy,” he explained. “I also looked at RAW and LOG a lot, using grayscale and false color to check exposure. I assigned RAW to function one (F1) and false color to function two (F2) and could easily switch between the looks with the press of a button. I love that the function buttons are customizable.”

“I also loved being able to drop in the URSA Mini Pro’s built-in ND filters depending on the shot,” he added. “The quality of light was not always the same, and I also shot a little hot at 800 ASA and used the ND filters. This allowed me to shoot at a wider aperture to achieve a shallower depth of field. All these added features were extremely useful and streamlined my workflow.” 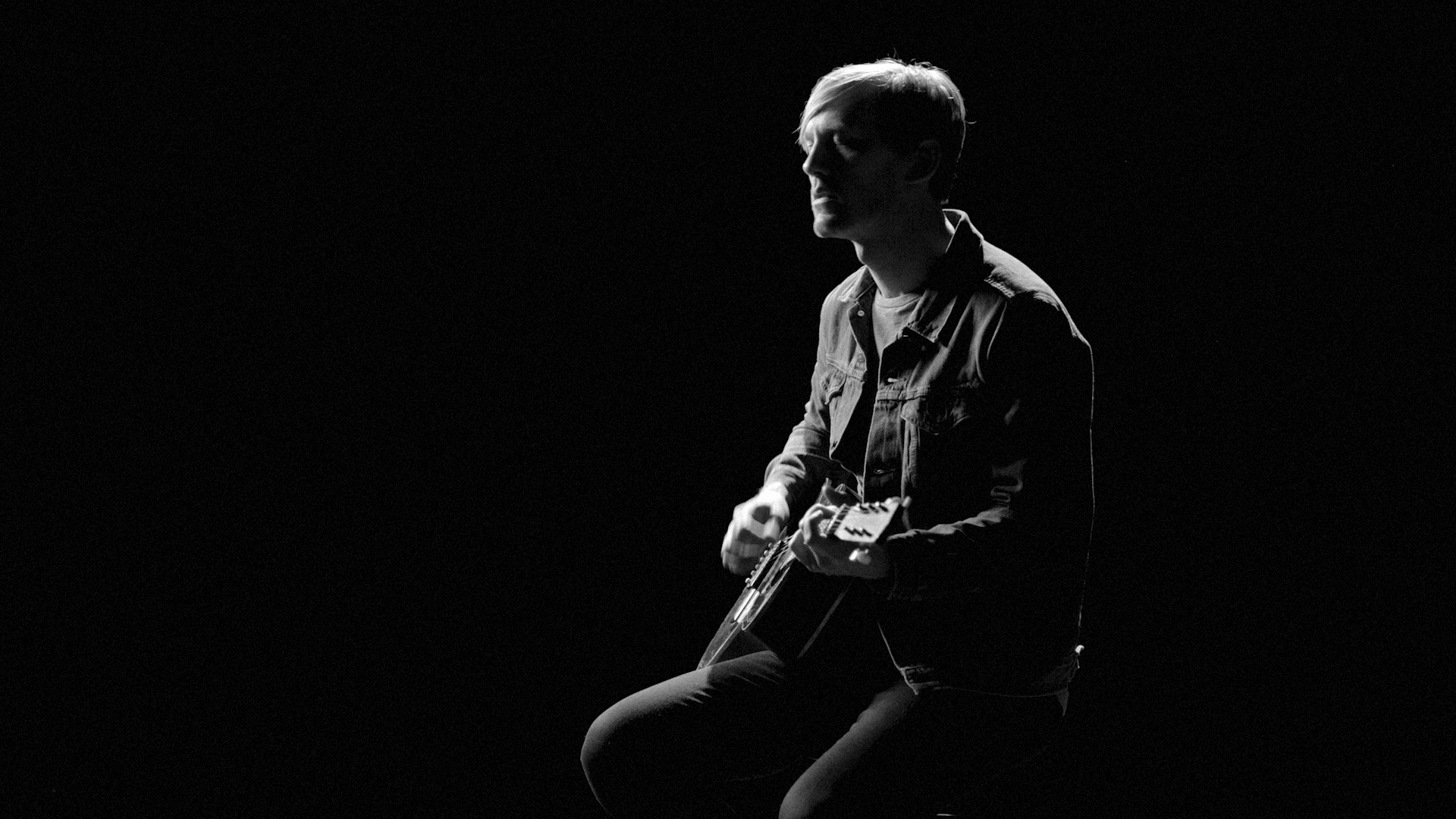 In post production, Burberry turned to the color grading and editing program DaVinci Resolve Studio and the DaVinci Resolve Mini Panel to process his footage. “The video starts out with a clean look, and as the story is told, the artists’ hair gets messier and they’re screaming and crying. By the end, they look terrible in a very beautiful way,” he said. “I started off less contrasty and open in the midtones, and as the song intensified, I decreased the midtone detail just to soften everything up. I then increased contrast and darkened up the midtone details, as well as pushed the highlights hard. Increased midtone detail also brought out the texture of the skin thanks to the detail captured with the URSA Mini Pro.”

“We really pushed the image, but it still stayed beautiful and clean, and DaVinci Resolve Studio’s exceptional tracker came in handy. It’s easy to move, change size, softness and curve; its power is incredible,” Burberry concluded. “On top of that, the DaVinci Resolve Mini Panel made it so easy to add nodes, save and recall stills, move back and forth in frames, build Power Windows and more. It’s incredibly efficient since all the buttons are at my fingertips, and the panel itself is the real deal – it’s solid and sturdy. It really helps me be able to complete these projects myself, which is fantastic.” 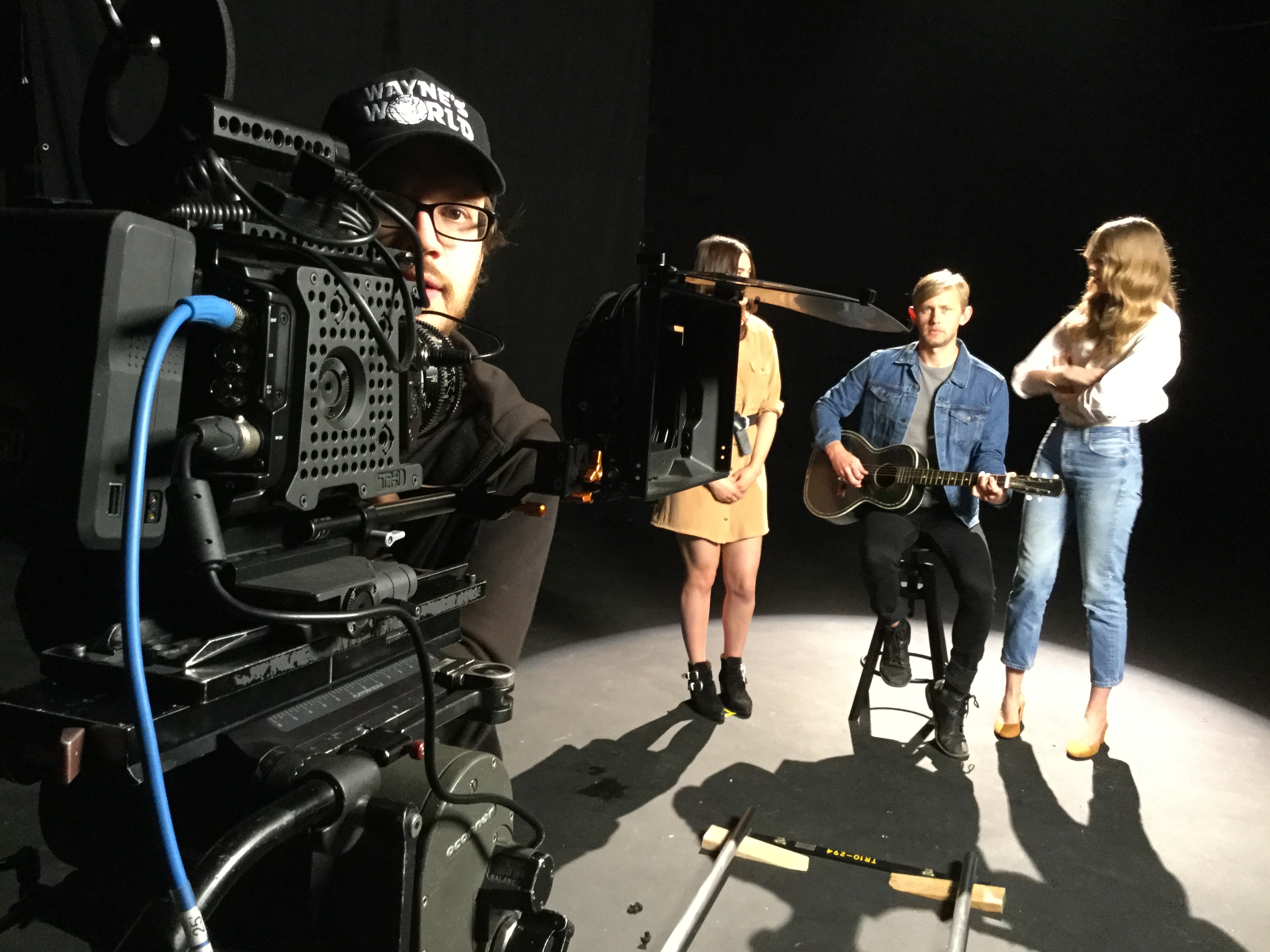