Allen DeBevoise, chairman, co-founder and CEO of Machinima, one of the most popular entertainment networks for gamers around the world, will speak at the upcoming 2012 NAB Show, the annual conference and expo for professionals who create, manage and distribute entertainment across all platforms. The 2012 NAB Show takes place April 14-19, in Las Vegas, Nevada. 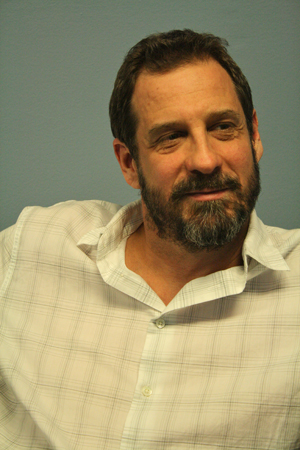 DeBevoise will offer his insight on community and content distribution in the digital age during his keynote address to the Disruptive Media Conference on Wednesday, April 18 from 10:30-11:30 a.m.

DeBevoise has established Machinima as a next generation video entertainment network for video gamers, providing comprehensive gaming-focused editorial and community programming as well as original entertainment programming geared at the young male demographic. Across Machinima’s global network, over 166 million unique users viewed in excess of 1.4 billion videos in February 2012, making it the number one all-time Entertainment Channel on YouTube.

In 2011, Machinima used its flagship YouTube channel to distribute three high-profile video series – Kevin Tancharoen’s “Mortal Kombat: Legacy,” Felicia Day’s “Dragon Age: Redemption” and David van Eyssen’s “RCVR” – all of which racked up millions of views and were nominated for numerous awards. Machinima can be found across the largest global platforms including YouTube, Facebook, Twitter, iOS and Android.

Machinima’s global content network features official content from game publishers, television networks and film studios, fan-created gameplay videos and original content, including over 20 original weekly shows and “prime time” live-action episodic series. The company’s content, community and applications motivate its audience to be highly engaged and active with a variety of games. The Machinima audience from around the world includes vibrant communities that engage around original programming and gaming content.

NAB Show, held April 14-19 in Las Vegas, is the world’s largest electronic media show covering filmed entertainment and the development, management and delivery of content across all mediums. With more than 90,000 attendees from 151 countries and 1,500+ exhibitors, NAB Show is the ultimate marketplace for digital media and entertainment. From creation to consumption, across multiple platforms and countless nationalities, the NAB Show is home to the solutions that transcend traditional broadcasting and embrace content delivery to new screens in new ways. Complete details are available at www.nabshow.com.