A virtual reality-like experience without glasses, hand-held devices or other wearable gear can be experienced with the proof-of-concept demonstration at Display Week 2018, in Los Angeles. 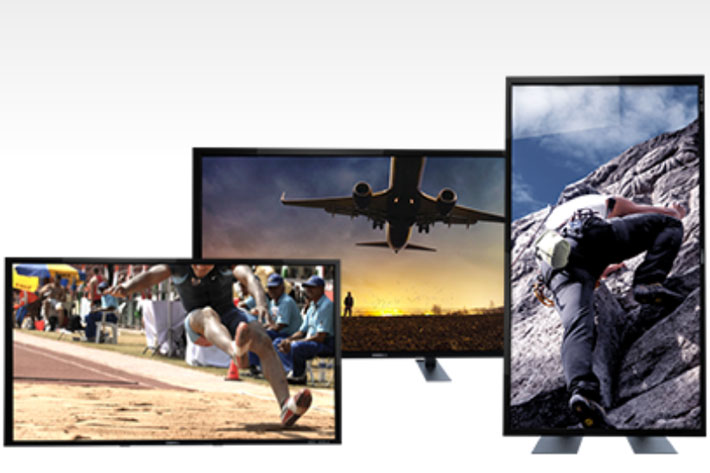 Introduced by KDX/Dimenco, at the Los Angeles Convention Center, this May, Simulated Reality (SR) joins the other realities we’re now familiar with: virtual, augmented and mixed.

Simulated reality has been a key element in science fiction, and has been explored by game designers in computer and console games, and also by the video industry, in everything from films to TV series. Although some may confuse the term with virtual reality – which, again, some suggest can become very real – the truth is that simulated reality is something completely different and is, in fact, a goal which, if attainable, is still part of a very distant future, because it relates to a simulation that can be indistinguishable from “true” reality.

Having said this, the “simulated reality” presented by KDX/Dimenco should be taken with a grain if salt. It’s a marketing definition that attracts attention, but does not reach the level suggested by the original concept, being more a system which promises to offer immersive simulations that can be experienced without wearables, head-mounted displays or glasses. Dimenco, which is an international pioneer in display technologies and fully owned subsidiary of KDX, demonstrates at the Society for Information Display’s Display Week,  until May 25, 2018, at the Los Angeles Convention Center, its concept for a first-of-its kind Simulated Reality (SR) display system.

The demonstration showcases emerging technologies to deliver a virtual reality-like experience without glasses, hand-held devices or other wearable gear. It also feature mid-air haptics technology, from strategic partner Ultrahaptics, that will allow users to interact with simulated objects just as they do with their real-world counterparts.

KDX/Dimenco will offer sample SR demonstrations at booth 1519 on the show floor and full demonstrations at its offsite showroom. The offsite demos will include simulations that will allow users to explore a jungle environment, take a breathtaking ride on a hang glider and engage in other thrilling, immersive experiences.

Additionally, Dimenco will serve as sponsor for Display Week’s annual Media Lunch on at noon on May 22nd in Press Room 507. Dimenco CEO Maarten Tobias will make a short presentation on the future of Simulated Reality at the event and present the company’s plans for introducing its first development kit and product launch in 2019.

“We believe in a future without limits, where our senses and physical location aren’t the boundary, but the starting point,” says Tobias. “Together with the brightest minds in our industry, we are developing technology to create a new experience, one that brings people together no matter where they are. We call it Simulated Reality.” 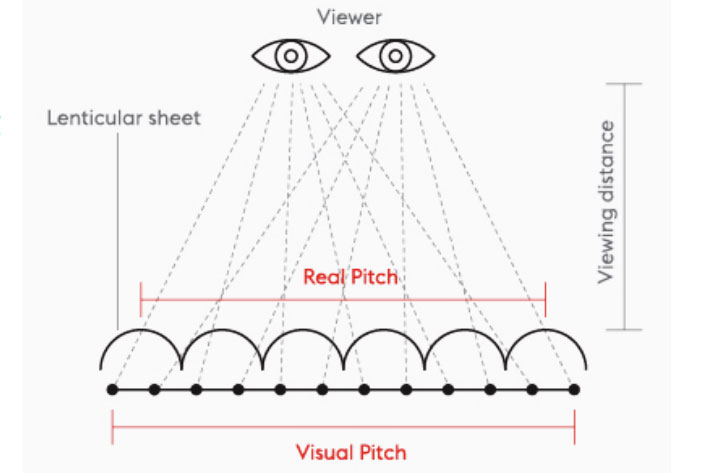 KDX/Dimenco is at the forefront of making multi-sensory immersive experiences, like those pictured in such films as Blade Runner, a reality. Simulated Reality is the next logical step beyond virtual reality and augmented reality. It will allow people to see, hear and interact with computer-simulated objects, environments and characters, without glasses or wearables.

Since its foundation in 2010, Dimenco, whose mantra is  “We bring reality”, has striven to offer the best and most convenient 3D experience – no glasses required. The company explains on its website, how they make the magic happen. The information available reveals that “depth perception is created by bonding a specially developed lenticular overlay to an LCD screen, in such a way that projected light is transmitted in different directions. Introducing interference into what each eye perceives results in the perception of depth on a flat surface.”

For this you need special displays which are the technological key to the “magic”. According to Dimenco, “the observer’s left and right eye see different images on the display, which the brain fuses into single image, without requiring cumbersome, inconvenient 3D glasses. Dimenco’s 3D technology allows viewers to sit anywhere in a room and see a customizable 3D image. This is easy on the eyes and can be watched from different angles.”

In addition to the design of the lenticular overlay and optical bonding to an LCD, the technology developed by Dimenco also encompasses 3D image processing. Dimenco also offers vast experience in industrial 3D display and component manufacturing. The company has shown its technology at different events, since at least 2012, but we’re yet to see this solution become popular and mainstream.

“The technology promises to redefine the very concept of ‘experience,’” notes Tobias. “Time, location, capabilities and even budget will no longer limit what you can experience.”

One final note, which is important to remember if you’re interested in the subject and are in the Los Angeles area. Simulated Reality demonstrations at Dimenco’s offsite suite are by reservation only. For bookings, contact Greg Agostinelli at [email protected]