Video game aficionados are no doubt familiar with Dead Rising, a third-person action video game franchise that has sold more than 7.6 million copies worldwide. In 2014, Contradiction Films, which specializes in finding properties in the video game world that can become good feature films, secured the film rights to Dead Rising: Watchtower. The company then locked in Legendary Entertainment’s Television and Digital Media division as a co-producer and Crackle, Sony Pictures Television’s streaming service and television network, for distribution.

Video game aficionados are no doubt familiar with Dead Rising, a third-person action video game franchise that has sold more than 7.6 million copies worldwide. In 2014, Contradiction Films, which specializes in finding properties in the video game world that can become good feature films, secured the film rights to Dead Rising: Watchtower. The company then locked in Legendary Entertainment’s Television and Digital Media division as a co-producer and Crackle, Sony Pictures Television’s streaming service and television network, for distribution.

With an extremely short production schedule, Zach Lipovsky, the film’s director, began shooting in October 2014 and finished just a few weeks later in early November. Lipovsky brought in former colleagues Andy Levine, who served as post-production supervisor, and Mike Jackson who edited the film in less than eight weeks. To accomplish the aggressive goal to deliver the film in just six months for its March 27, 2015 premiere on Crackle, the team relied on an integrated Adobe Creative Cloud workflow. 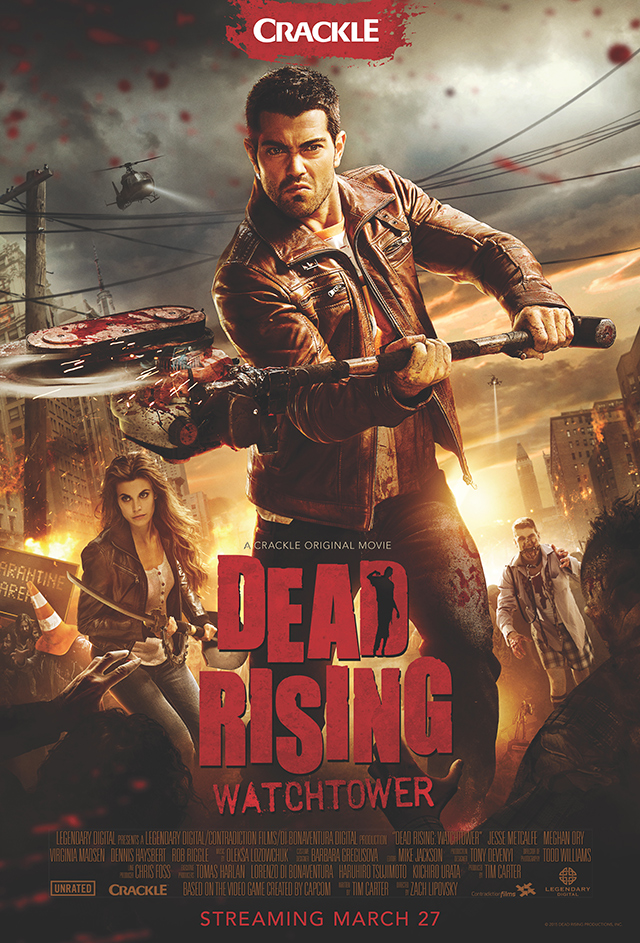 Adobe: Tell us about your backgrounds.

Lipovsky:I started out as an actor when I was younger. My last few years of high school were when digital video was really taking off. I had some money from acting, so I decided to get some equipment and start learning about digital filmmaking. I became active in the indie community and made some short films that got recognized. My film Crazy Late was part of a large competition in Vancouver that earned me a spot on On the Lot, a reality show by Stephen Spielberg. It was like American Idol for filmmakers and I came in fifth out of 12,000 filmmakers. From there I’ve been working my way up in the industry and Dead Rising: Watchtower is my third feature film. After I was hired as the director I brought Andy and Mike on board.

Levine: I’ve been working in the business more than 20 years. I’ve done lots of different things but eventually realized that post-production is what I like the most. Over the past few years I’ve worked on a number of TV series, films, and web series.

Jackson: I’ve been cutting professionally for 14 years and a few years back I was nominated for an Emmy Award for a documentary I edited. I’ve worked with Zach on projects in the past, but this is the first one of his features I’ve cut.

Adobe: Why did you decide to work with Adobe Creative Cloud and Premiere Pro CC on Dead Rising: Watchtower?

Levine:In 20 years the industry has changed a lot. With this project we needed a solution that would allow us to cut the movie with people in different locations. I’ve used Adobe applications throughout my career, including Photoshop and After Effects. Zach, Mike, and I decided this would be a good opportunity for us to check under the hood of Premiere Pro.

Jackson:I’m mostly known as a Final Cut guy but I actually learned to cut on an old version of Premiere before it was even called Premiere Pro. I’ve kept a close eye on Premiere Pro over the past couple of years and the improvements pouring into the program really impressed me. When Premiere Pro CC was released that’s when I felt like everything I needed to do something big and serious was in the program and working well. With Dead Rising: Watchtower we knew we were shooting on RED and I really liked the idea of having a system that could play any footage we throw at it natively. We decided on Premiere Pro as the editing platform and jumped into it hard.

Adobe: What did you like about working with Premiere Pro?

Lipovsky: We switched from Final Cut Pro to Premiere Pro on a production I was working on last year and I really liked it. On Dead Rising: Watchtower, Premiere Pro gave me access to all of the footage on my own system, so while Mike was editing one scene I could be pulling selects for the next scene. It’s really awesome to go into a coffee shop with an entire film on a 4TB drive and start cutting a scene with Premiere Pro. 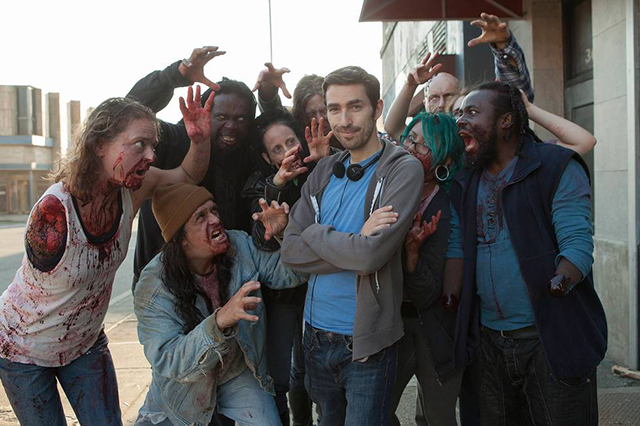 Adobe: What was your workflow on the film?

Jackson: We received hard drive shipments from set twice daily. I would get one copy with that day’s footage and our assistant editor, Stephen Grobe, would get another one. He would log everything and get it prepped and into the project, creating a clean project of that day’s footage organized the way we liked it. Each day we would import the bins into the master project in Premiere Pro and it worked flawlessly. While Zach was still shooting I was already cutting. After the shoot was done, Zach would sit in with me and we worked through scenes. Premiere Pro enabled us to work collaboratively, which was particularly good because we had such a short cutting schedule.

Throughout the production we had three sets of everything, one for Zach, one for Mike, and one for Stephen. We constantly had data going back and forth between everyone as well as to the visual effects house, and Stephen did a great job of wrangling everything. After we went through the color timing process the RED footage relinked beautifully. We did our final conform and finished exports from Premiere Pro, rendered it out to Crackle specs, and uploaded the digital file to their server.

Adobe:Were there any features that stood out to you in Premiere Pro?

Jackson:Hover Scrub in Premiere Pro was a huge time saver. I kept bins open with thumbnail images on a second monitor and it was so easy to scan each clip to see what was in each shot. I could open other projects and drag in individual sequences or easily throw a quick color look on a scene as an adjustment layer to see what it would look like. Premiere Pro is full of little things that speed up the workflow.

Adobe: How is the film being released?

Lipovsky: Dead Rising is the first big digital feature for Crackle. It premieres on March 27, 2015 and will run exclusively on Crackle for six months. It’s a great platform for fans of the game, who already spend so much time online.