Sometimes the choice is artistic

In what was essentially a combination of Scott Simmons’ #28daysofquicktips and my own AMA, I answered questions throughout the month of September last year on a daily basis. The PVC team wanted to rerun this series for our readers along with some new questions and answers, so stay tuned for a few entries at the end of the series which will take us past 28 days. Use the hashtag #28daysofinsights or email us at ask@www.provideocoalition.com if you want to help us build up some questions for a brand new series.

Do you experiment with soft pools of light on actors or in a scene, or for the most part will you already have that mapped out in your head?

I generally have the look mapped out in advance. Some of this has to do with the look, and some has to do with what I can physically do with the location. I do prefer soft pools of light because they help define a space in a subtle way: it’s not a binary thing (“I’m in the light! I’m out of the light!”) but more subtle, in that one can get a sense of how far from the center of a pool of light a person is rather than just being in it or not. Also, soft light in a scene can illustrate where a person is within a set (front lit on the far side of the pool, backlit or silhouetted on the near side) whereas hard light provides less information in this regard. 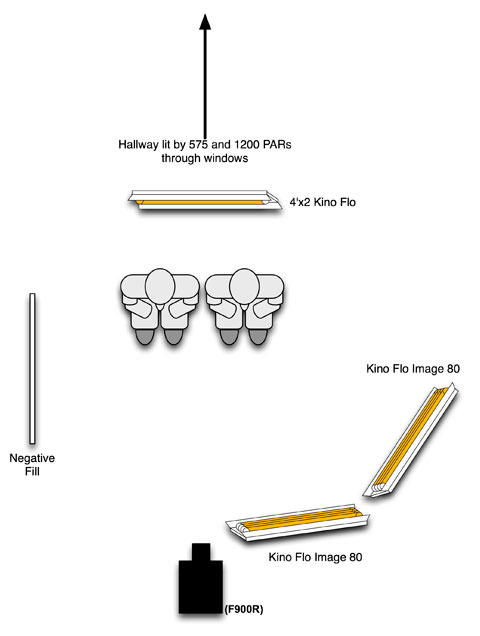 The Thorons: Anatomy of an HD Spot

Sometimes a scene calls for harsh pools. A wonderful lighting technique that Bob Richardson, ASC uses quite a lot is to smack hard light from above into the floor, creating both strong pools of light and an ambient glow that fills the space.

I often create an image in my head of what I want the scene to look like based on the script, and I run that by the director for approval. Other times I get storyboards and I need to interpret the mood based on the messaging and branding incorporated into the spot, and that often happens when I’m standing in the space. And, a certain amount of the time, I’ll stand in the space and figure out what I can do that I’ll like given the time and crew that I have available.

Sometimes the choice is artistic. Other times it’s about marketing. And, often, it’s about doing something nice while finishing the day’s schedule on time. 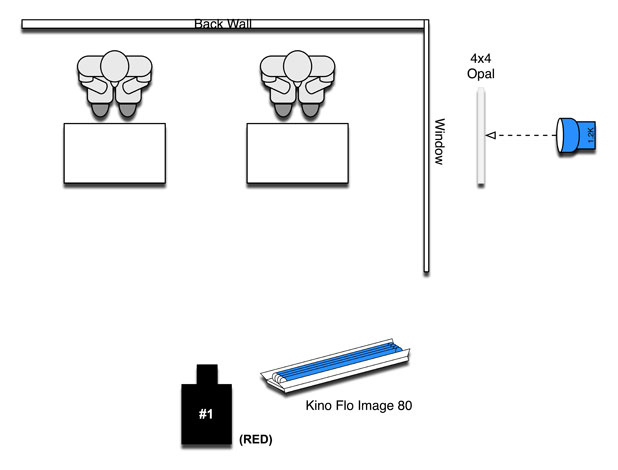 Anatomy of a Spot: Commonwealth Club

Have your own insight about what I’ve mentioned here? Feel free to comment below or send in a question by using the hashtag #28daysofinsights or emailing ask@www.provideocoalition.com